I absolutely should be studying right now but instead I'll take a moment to pleasure you with some interesting facts about Moscow (thanks Wikipedia!) as I, quite understandably, can't seem to think of much else today:)

1. Moscow is the largest city in all of Europe.

2. The warmest temperature ever recorded in Moscow was 98 degrees; this was in 1936.

3. The coldest temperature ever recorded in Moscow was 44 degrees below 0.  This was in 1940.  Thank heavens I wasn't around that year.

4. The average high temperature in Moscow in May (when I'll arrive) is only 65 degrees.

5. Moscow has been rated the most expensive city to live in for a foreigner for 2 years in a row now :(

7. The Moscow metro has the longest escalators in Europe (I can't wait to see that as the escalators in the metro in Kyiv already seemed impossibly long).

8. On December 20th the sun doesn't rise in Moscow until 9:00 AM and sets at 3:58 giving Moscow less than 7 hours of daylight on its shortest days.

10. Nobody has a very good guess as to the population of Moscow.  Census records show that there are 12 million legal residents but most assume the real number is much much higher.

11. The famous Orthodox church with the onion domes which I posted a picture of in my previous post was built in the 16th century.

Yay!  Who wants to come with me? (Don't worry, I'm NOT going in December).

After tragically getting rejected at the voting booth two days ago, I decided today that it was probably inspired as I haven't really checked out any of the issues I would be voting on and the only thing I was sure about was my 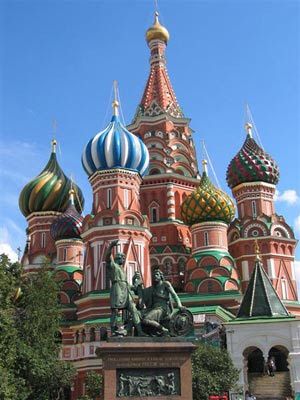 It's been a big year so far and with just over two months remaining I fully anticipate it to go out with a bang. It hasn't been all fun and