After tragically getting rejected at the voting booth two days ago, I decided today that it was probably inspired as I haven't really checked out any of the issues I would be voting on and the only thing I was sure about was my choice of presidential candidate which I've been pretty solid on for several months now. I guess the rejection will probably require some explanation: When I tried to register to vote I forgot to sign the form so about 2 months later it was sent back to me in the mail (I have no idea why it took 2 months to get rejected but I'm sure it has to do with some pernicious scandal). By the time I got it in the mail it was like the last day to register so I had to run it down to the Provo city building and turn it in in person. Well it turns out that you can't vote early if you registered late so after driving all the way down to the voting station and standing in a long line (ok the voting station is a 3 minute drive and there were only 4 people in line), I was told I can't vote until election day. I was mostly bummed because I really wanted an "I voted today!" sticker but they wouldn't give me one because apparently those things are a hot commodity that scream "VIP" so they don't just give those out to voter rejects. (Consequently I asked for an "I tried to vote today but I got rejected because I was too flaky to register on time" sticker and the girl did NOT think that was funny).

I was so excited to vote because I've never participated in a presidential election and I feel like I've put WAY too much time and brain power into studying this thing out over the last 12 or so months (sometimes bordering on obsession . . . ok always bordering on obsession) to not vote. Plus I feel it's an honor to get to vote and I'm doing my patriotic duty by engaging in the system even if I'm not overly thrilled about any candidate. Now to answer all of your disgusted gasps when you learned that I've never voted before: during the last election I was on my mission on the other side of the world. Yes I could have gotten an absentee ballot but I hadn't been in the states for a year and a half and my mind was far from politics at that time. I didn't even know who was running against the incumbent and by the time I realized it was election time it was too late anyway. The election before that one I was too young to vote (yes I'm a baby).

So today I decided, despite DESPERATELY needing to study, to get online and check out what I was going to be voting for. What I saw invoked emotions in me that I didn't even know existed. Let us begin:

Presidential Candidates:
After reading through all 65 names of candidates that I had never heard of, I was already feeling a bit ignorant of the whole process. You know what I'm talking about; these are the candidates that have a nickname in quotation marks next to their real name as if the nickname will somehow manipulate enough people into thinking that they know this person so they might as well vote for them (Example: Dale Bardene--"Dale the Rockstar!", Peter Barthollondecker--"Pistol Pete, the one-eye treat"). So by the time you get past all the "nickname candidates" the next set start to look pretty legit. The next set are the people who knew their name was diverse enough sounding to get a few votes so they got someone else to run with them who had the same quality. There are 7 or 8 of these (Example: Sergei Littlefoot Tonga and Maria Sayeed Johanson). You will be tempted to vote for one of these candidates in order to make yourself feel exotic. Then you get to the perennials; you know their names because they've somehow made it onto every ballot for every election in every state at every level for the last 30+ years, as if eventually the entire nation will freak out and elect them out of pity. Ralph Nader will always be found somewhere in this section; I believe even after he's dead they'll still accidentally put his name on the ballot out of habit. Then you get to Bob Barr and you almost vote for him because of how fun it is to say his name. Then you remember his campaign commercial which provoked no strong emotions in you other than the desire to play canasta and eat Cornflakes while talking about the good old days. By this time you've got to the only candidates that you're really familiar with (enough to dislike wholeheartedly) so you pick the less crappy of the two because you can't look at the other's name without wincing; or you'll write in Ron Paul on your way out to start your revolution because you're positive that 75% of the country is as addicted to him as you are because he got 110% on the latest Youtube poll.

Amendments:
Wait, Utah has a constitution? Well it must not be a good one because this ballot has 12 pages of proposed amendments. Each amendment has pages and pages of explanations that you'll never fully study out. You'll just vote "yes" or "no" based on what kind of a mood you're in that day. Or you might do an every other thing or whichever pattern you choose. Nonetheless, if you're under the age of 75 you won't have studied these out as efficiently as you should have, whether you want to admit it or not. I read up on most of them today and finally just assumed that politicians created them to make their jobs easier, something I'm not really interested in supporting as I'm not a huge fan of politicians right now. I'll likely vote "no" down the board so I feel like I'm sticking it to someone. (By the way, one amendment had to do with starting sessions a few weeks later so "people" could enjoy MLK weekend more without having to go back to work on Tuesday. So is the amendment going to let me have the week or two after MLK day off as well?).

Governor:
You despise the governor but you'll vote for him anyway because you don't want to vote for that whack-job that used to sell computers on TV. But you'll still complain about him and his creepy fake smile for the next 4 years.

The Rest:
I won't bore you with detailed descriptions of everything else on the ballot, mostly because it's all really the same. More people you've never heard of. Some people you have heard of and start to vote for but then realize their name is only familiar because you've driven past their overly large sign every day for 2 months and wondered what the heck it was for. You'll vote for your party on this one.

By the time you're ready to leave, you want that sticker; not because it looks nice; not because you just want it for your scrap book; it's because you feel like you just took a grueling test that you didn't study enough for which was probably irrelevant as there are no right answers anyway and you want some kind of gold star or recognition for doing it. And you'll wear that sticker proudly.

Well I better cut it off here. I've offended all 2 of you that are reading this (thanks mom and dad). I think I'll study up a little more on "Pistol Pete" and Bob Barr; there may be something promising there.

For your information and my validation, here's a link of everyone up for election: http://www.elections.utah.gov/2008Candidates.htm. See if you can pick out my favorite nickname candidate (hint: he's under "Utah Constitutional Offices").

By the way, I'm officially awarding myself the "Tellin' It Like It Is Award" for this post.

I'm a sarcastic sap, and I approve this message~

Diana [http://goldtorefine.blogspot.com/] tagged me (I always enjoy these things) so here I go . . . Rules: 1. Link to the person who tagged you and post the rules. 2. Share seven random or weird facts about myself. 3. Tag 7 random people at 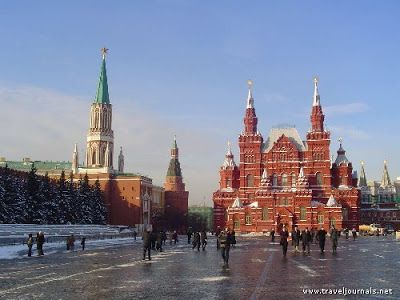 I absolutely should be studying right now but instead I'll take a moment to pleasure you with some interesting facts about Moscow (thanks Wikipedia!) as I, quite understandably, can't seem