There's a popular movie out right now called "Saving Mr. Banks." It's about the making of the Mary Poppins film with Julie Andrews. I don't tend to go see movies very often in the theater because I have a VERY short attention span for such things. Most of my friends won't go see any movies with me anyway because they don't like feeling as though they need to kill someone they care about for two hours.

But I was excited to go see this movie because it looked interesting. And because I remember seeing Mary Poppins as a child and I really liked it. Before going to see the movie, I thought it would be good to refresh my memory on the story of Mary Poppins, so I did that, watching the Disney classic a few days before heading out to see Saving Mr. Banks.

I had an experience watching Mary Poppins that I've had with a lot of movies that I saw as a child and then re-watched as an adult. I found out that my interpretation of the story was completely different as an adult than it was as a child. And I found myself blown away that there was so much meaning in something that I never really understood as a kid.

My memory of the story of Mary Poppins as a child was that a magical nanny came to town and had a number of shenanigans with a couple of children.

When I saw the movie again recently I noticed a different story. I watched a family that was falling apart because all of the people in it were falling apart. I saw a nanny step in and figure out a way to get each of them to see something about themselves and each other that could lead them towards healing.

My sister Krishelle and I used to make fun of the "Feed the Birds" song in the movie, frequently singing it at the top of our lungs and in excessive vibrato. But by the time this segment came around in the movie as I watched it a few weeks ago, there was nothing funny about it to me.

A quick refresher in case you haven't seen it in a while: Mary Poppins and the children get home after a day of experiences that are only possible in the real world if you're tripped up on acid. The dad has a talking to Mary Poppins and he's like, "ever since you came into our lives, I feel like I live at the zoo. You're a freaking mess, Mary Poppins. A freaking mess."

Mary Poppins kindly manipulates him and is like, "oh my gosh. You are so right! The children need to learn discipline. That's a great idea. You SHOULD totally take them on an outing to the bank (where you work) tomorrow! I'll go tell them now!"

So then Mary Poppins goes up to the nursery and she's all, "guess what kids?! You're going to work with your dad tomorrow!"

And the kids are all, "is this a freaking joke? Our dad hates us. He never wants to spend time with us."

And Mary Poppins is like, "no. For reals. You're going on an outing with your dad and you're going to like it."

And the kids are all, "this could not have been his idea. Our dad doesn't care about us enough to want to take us anywhere. But at least he can show us the sights of the city!"

And that's when Mary Poppins says one of the most brilliant things she could have said: "well, most things he can. But sometimes a person we love through no fault of his own, can't see past the end of his nose."

And the kids are like, "Mary Poppins? What the hell does that mean? Are you still tripping acid?"

And that's when Mary Poppins goes into this beautiful allegory about a little old woman who sits on the church steps all day with bags of bird food for sale and she pleads with passersby to give a little of themselves--to see past the end of their noses--and do something kind for a creature in need. She pleads with them to feed the birds.

The next day when the kids go to the bank and see the feed-the-birds woman outside, they're all like, "oh my gosh! It's that woman! We have some money! Let's feed the birds!" And the dad is like, "hell no. That woman has bird crap all over her."

They go into the bank and the oldest and scariest human being who has ever lived tries to get the kids to give him the money they wanted to use to feed the birds so that he can "invest it in the, to be specific in the bank."

There's a struggle. Things are said. Feelings are hurt. Ultimately the kids break away and run down the scary streets of London by themselves until they bump into Bert, who looks horrifying because apparently he's a chimney sweep in addition to his other 5,000 jobs.

You know how it all ends. The kids feel sorry for not trying to understand their dad. Dad feels sorry for not trying to understand his kids. Everyone sees beyond the end of their noses. Everyone wants to "feed the birds." Dad fixes the children's kite. The whole family skips away to fly it together. And Mary Poppins is left alone as her talking cane is like, "you have a thankless job Mary Poppins. Those people have already forgotten about you."

And Mary Poppins says, "things are as they should be." And the movie ends.

I sat on the edge of the couch and I was completely blown away.

This children's musical from a thousand years ago just explained so much to me about life and why people are the way they are and why I sometimes feel the way I feel.

I thought about the message of the story particularly in the context of seeing past the end of your nose enough to feed the birds. And I thought about what that means, on a practical level.

Guys, Mary Poppins didn't lie to us when she said, or at least implied, that the world is a better place for us and for everyone else when we do a better job at this. When we do a better job at stepping outside of ourselves and imagining things from a different perspective. From a perspective that doesn't grow within us organically because it's positioned only by a set of trials and experiences that we are fortunate to not have to face ourselves.

I know I've been guilty in my life from time to time of failing to see past the end of my nose. I've been guilty of judging or scoffing at another person's inadequacies or choices that are the product of a set of circumstances through which I've never had to view my own life. And in so doing, I have missed opportunities to feed the birds when the birds so badly needed to be fed by someone. I missed opportunities to embrace and love instead of carry on maliciously or apathetically.

There's this constant fight going on about what "tolerance" means and how it somehow only extends far enough to be a matter of word and not deed. And some really seem to believe that "tolerance" is nothing more than proclaiming to love another even though they believe differently than you. And that it can't mean that we also have to stop fighting in ways that make the people's lives for which we have "toleration" a living hell.

A couple of weeks ago I wrote here on what I think about how we treat gay people. And a bunch of folks commented, many citing their religious beliefs to substantiate their opinions. And I thought that was great. But in so doing, some preached what I have always found to be a very odd concept and one that when usually applied is totally inconsistent with the rest of the religious beliefs the same people claim to hold. That is the idea of "love the sinner, hate the sin."

I understand the sentiment. That we should separate our feelings about a person from their actions. And we should love them no matter what they do. But as I understand my relationship with God and my own religious beliefs, it has never been my responsibility to hate other people's "sins." My own, sure. But not other people's.

It is only my responsibility to understand my own misdeeds, and to work with God to move away from them so that I can become a better person. One who is more fulfilled. One who is better able to have a perspective that makes the rest of my life and my purpose make sense.

It is certainly my responsibility to love others. To see past myself. And to show kindness to all. I can hate the effects of another person's choices on me. But it is none of my business to hate what I perceive to be their "sins." Because I have no idea what hand of cards they are holding. I have no idea what is the absolute most perfect set of decisions for their life.

All I need to do is feed the birds. 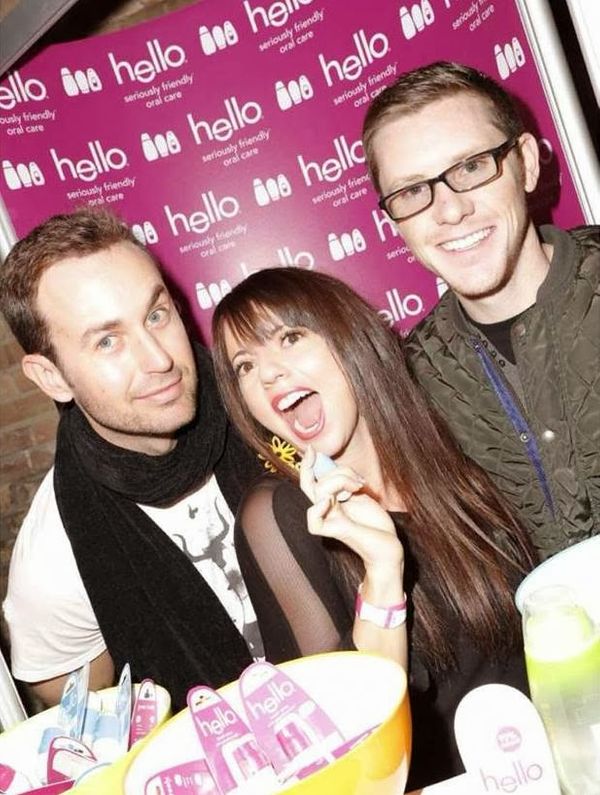 Right now the Sundance Film Festival is happening in Park City, about a thirty minute drive from Salt Lake City. The Festival happens every year and every year people scramble 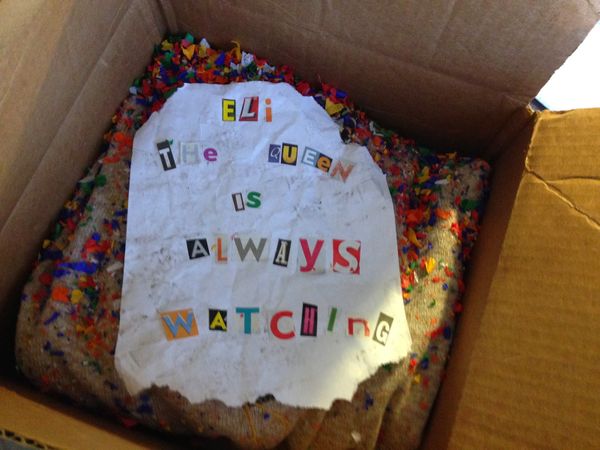 I just pulled up the pictures from my phone this week and almost all of them sucked. So this is probably the most lackluster Friday picture performance in Stranger history.