I think I'm still shaking and it has almost been 48 hours since I finished . . . it.

I should have known this wasn't going to be a particularly wonderful week when someone was kind enough to slam into the side of my car in the middle of the night on Saturday and then take off without bothering to leave a note.  I hope they rot!  (bless their little hearts).

So Saturday I got to call the police and have someone come by to do a police report.  I was at school when I called and they told me that I needed to go back home and meet the officer at the house so I left all my stuff there and pulled up at about the same time as the cop who asked me for my license and saw me stall for a good 30 seconds as I, in sheer panic, realized that I left that at the school as well.  I don't know what it is but every time I see a cop I'm positive they're about to arrest me for something.  Anyway, after we finished I went inside and waited for 20 minutes because the cop was just sitting in his car and I was terrified to get back in a drive as I was sure he was going to pull me over.

Then I spent the rest of Saturday and ALL of Monday preparing for Tuesday's final.  Had I known what was coming, I don't think I would have bothered.

The test was not possible.  It just wasn't.  It was nothing like the practice tests we had done.  We had 3 hours to complete it and I don't think I could have done it in 8 (and that's really not an exaggeration).  I have never felt so dumb in all my life.  Naturally about 80 minutes into the test I started to have a severe anxiety attack; my heart was pounding, I was sweaty, and I started to black out a little.  I thought that that would be just terrible timing to pass out in the middle of my final but then I realized I was going to get the same grade whether I was conscious or not.

The good news is that the rest of the class seemed to feel the same.  When the proctor called "time" at the end, a moan echoed through the room.  It was painful moan.  I looked around and saw one girl with tears streaming down her face.  People were hugging.  The mood was somber.  You would have thought we had all been told that we just lost a family member if you just watched this.  And it sounds quite funny now but at the time none of it seemed to be an overreaction in the slightest.  I talked to one girl who told me that after the test she went into the restroom and there were 4 or 5 girls in there sobbing their eyes out.  It's hard to explain how it all happened, but I think the test was somehow that emotionally draining on this group of very sleep-deprived people who had sacrificed their lives for the last several months to be completely ranked and evaluated based on their performance on a 3 hour test that was so convoluted that I think the professor himself couldn't have finished.

So naturally my entire class of 147 people spent the afternoon at the mall in a sad attempt to buy their happiness.  I joined them a couple hours late after a 2 hour workout.

Sorry this post is so gloomy.  I'm still struggling from severe emotional distress.

Now I have to go to bed so I can wake up early and try to cram a little more info into my burned-out brain for my final final tomorrow morning.

I still love law school.  Which is a good thing since I'll probably be starting over when I fail out here in the next month or two~ 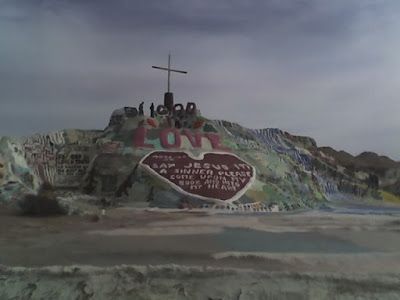 I'll make it quick.  I know I haven't blogged for a while and I have a lot of funny things to tell about.  Hopefully I'll be able to catch up

Somehow I survived.  And I know that this sounds like one of those things where you suddenly start feeling like you have whatever ailment you're discussing, but my left wrist is kind of hurting right now and I think I'm getting carpel tunnel.  It's