Now that I'm mostly fully recovered from last weekend's adventure, I think I may be prepared to tell you about it.

Friday night Jason suggested that he, Erin and I go to a local water park early the next morning. Erin and I quickly agreed, bouncing up and down like we were ten years old again (this violent shove back in time often happens when we get together). The next morning Jason decided against going as he already had what appeared to be severe third-degree sunburns on every part of his body, so bad that for a 24 hour period I never saw him not covered in a three inch layer of aloe lotion, saying silent prayers under his breath for the torture to end. Still excited at the prospect of spending the day on water slides (which we were absolutely convinced we would be able to do for hours without getting bored) Erin and I set off for the park alone.

For reasons I still don't understand, Erin had a season pass to this place (one which had not yet been used although summer is more than half over). We quickly ran in, dropped our stuff and looked around with our mouths gaping wide open like kids at Disneyland as we pointed out all the fun water-filled adventures beckoning us from each end of the park. Eight minutes later reality hit as we made our first descent down one of the water-torture chambers, screaming bloody-murder the entire way down because although it was about 135 degrees outside (give or take 40) the water was little more than liquid ice. I think I actually cried a little as I came crashing into the pool at the bottom. At that point we both became determined to try to go the rest of the day without getting wet (oddly difficult to do at a water park).

We decided to give one safe-looking slide a whirl but accidentally got in the wrong line and didn't realize until it was too late that we had to go down this horrible death-trap which aged both of us significantly. If the next time you see me I look 23 (as opposed to 17) you'll know why. We both agreed that we were getting a little too old for water parks, and confirmed this again five minutes later as we were somehow roped into wading all the way around the 40 mile long ultra crowded ice cold "Lazy River" without tubes, trying desperately to keep strangers' nasty feet from touching our faces. During this adventure I heard Erin say no less than thirty times, "Lazy River? This is the most exercise I've had all week!" That little event brought us to laying out for about 45 minutes, after which we decided we had had enough. I had mysterious scratches all down my back by this point anyway and I was quite concerned that 30,000 people walking around barefoot on solid surfaces all day was not going to be conducive to keeping my foot disease away. Besides, Erin and I were both thoroughly convinced that we smelled like urine and were a bit anxious to wash that off in water that didn't have toddlers with swollen diapers floating around in it. 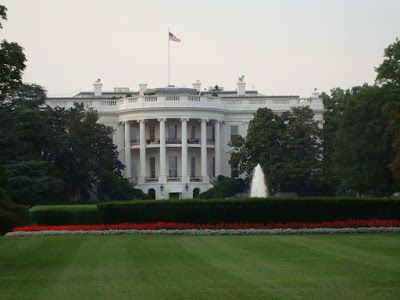 After applying to some jobs in the Washington DC area for next summer I got an interview at a firm that I think would be my dream job. BYU had

Although it doesn't seem to be anywhere near time to start thinking about it, to the trained mind it's quite obvious that the applicaiton and job search process for next summer's job has arrived. The old Eli would be having violent panic attacks, usually