3L began several weeks ago. It's interesting for me to watch the three classes of law students fit into their perennial roles more and more as the days go on. It's generally the same thing every year; the classes are full of students who make up a group that supports generally the same mentality year after year, adjusting to fit the traditional norm that accompanies their class number. Having now been a member of each of the classes and having seen 3 classes mold into each of the "L's", I have summarized below exactly what takes place with every new academic year:


1L: A large group of students frantically run around the law school like deer in the headlights, stressed to the point of losing all ability to appreciate humor. The true mystery in retrospect is why on earth they are so stressed anyway as 1L law students, in comparison to the remainder of the student body, don't really do anything. Sure they read (but so do people in retirement. Also my 7-year-old niece reads and almost never finds herself on the verge of an aneurysm). Sure they attend a few classes (absolutely convinced that all the students in the class will remember every word they ever say and will eternally ridicule them in their minds if ever so much as a stutter escapes their lips). But other than that, 1Ls don't do anything. But year after year they take the prize for being the most distressed, traumatized, and down-right abused-looking class in any law school. I was no exception to this as a 1L. Also, 1L's generally fall into one of two categories: inappropriately deferential to the point of sickening suck-upism to any 2L, 3L or professor, or tragically annoying assumption that they've got it all figured out to the point of complete disrespect to anyone who actually knows more than them and is in a place where they might be able to help out. Unfortunately some of those in the second category will end up with decent grades and so will never learn their lesson (and as a result will never actually be liked by anyone, whether they know it or not).


2L: True idealism takes form as this recently stressed out 1L class adopts a plethora of responsibilities in various school clubs, community groups, and with slave-driving professors, totally convinced that they will save the world, starting with the International-Law Student Association (or any club of their choice). Having experienced 1L in addition to being in a group which is truly the most opinionated conglomeration of individuals on the planet (law students), 2Ls know EVERYTHING and are not afraid to make sure every 1L knows it on a daily basis. Cue frequent unsolicited advice. Perhaps this occurs because 2Ls are so relieved that they are no longer the bottom of the bottom of the bottom (the three tiers being: young associate, law student, 1L). Or maybe they came to law school for this very purpose. In any event, it is difficult to spend more than 10 minutes with any 2L without reconsidering your entire career path.


3L: At one point someone decided that "3L" should equate with total apathy. The few of us that didn't get the memo (and never fully fulfilled our arrogant and naive 2L idealism) simply took on more than we could handle in a vain attempt to keep the 2L class from fully controlling everything in the law school. Add to that the crushing reality of a nearing end (and for those of us who are about to be regurgitated into the 2011 dwindling and unforgiving legal market, it truly does look like an "end"). The result for all of us, whether we've chosen the apathy or the insanity route: loads of orneriness and I'vehadit-itis (a disease most people don't get until they are in their 70's and they're sick of the neighborhood kids walking across their green lawns). And if you are so lucky to be a single 3L at BYU, comments from all the grown-ups in your life that have suddenly been upgraded to full-throttle at the prospect of a quickly approaching graduation indicate with some intensity that panic and desperation should most definitely be added to range of fear and stress based emotions that already consume your life. 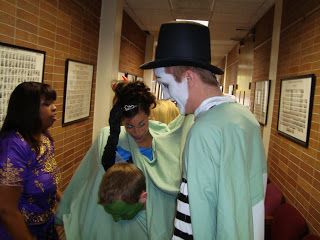 There is much to say. 1. The car accident: Last week I climbed into my vehicle with 30% of everything I own (a normal day for me--I always find some 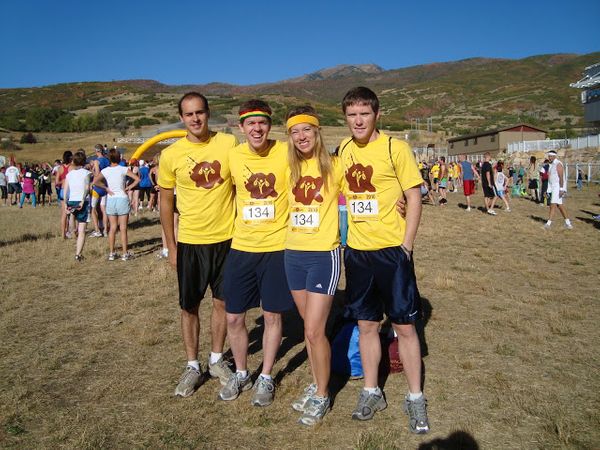 Exactly five weeks ago Annette called me and asked whether I wanted to participate in a team 10k race. I agreed, even after she told me that it was called