Happy Easter. To kick off Good Friday, I sought my good friends on Yahoo! Answers to help me out with some problems I've been having with my cat. Answer 3 on question 2 may have been written by my soul mate. Enjoy!


1) Cats are physically mature at about 1-2 years old. Don't worry about it, your cat is already grown enough. Puppy Paw~

2) The cat has most likely finished growing, and it's the size it should be for a normal adult cat. Nicola~

3) Dont give her growth hormones unless the vet has told you too you could be causing damage. If she is 2 or 3 she is fully grown if not then worm her if you dont  regularly worm your cats it causes lots of health problems and can also  be the cause of stunted growth. So get her wormed if you havent already it should be done once every 3  months anyway and treat her for fleas every 2months as it the fleas that  transfere the worms to a cats system ask your vet it cheap to do and is  great for your cat. Frank the Bunny~
4) Because she is a full grown cat.  Don't over feed her and no growth  hormones unless prescribed by a vet.  Make sure she has all of her  vaccinations and if she isn't spayed do so ASAP. I have had full grown, healthy cats that weighed only 5 lbs.  I  currently have a 6 month old that  weighs 10 lbs without an ounce of fat  on her. Elizabeth~
__________________________________________
Question 2: How do I stop resenting my cat for hating my music? My cat, trickies, freaks out every time I listen to The Carpenters,  which is my favorite band of all time. At first it was fine, but it's  really started to bother me. How are we supposed to bond if she won't  listen to the music I love??? I know it sounds stupid, but I'm seriously  starting to resent her for it. Is there a way I make her like them???
1) It's not that she doesn't like the band itself, just maybe loud music.  If the music is loud, try lowering it to calm her. Maybe she just  doesn't like the sound of music. I have met cats who have became  irritated over simple music. Good luck. Puppy Paw~
2) Nothing really ! Everyone even animals have their own opinion . Say forget it then you wont notice it . GOOD LUCK !!!!! Bryonn~
3) Yeah, cause the Carpenters are awesome - the cat clearly has bad taste.  Try playing "Close to you" and pick up the cat and do a little dance  with the cat while that song is playing. If that doesn't work. Well  then.... what can you do. Your cat has a defective "taste in music"  chip. Try Ozzie Osbourne's "Crazy Train" - that is total garbage, so maybe the  cat will like that.  Or Starship "We built this city" / sing "we built  this kitty" - see if that sways the little beast. Or "End of the world"  by Britney Spears. Or "Lend me your comb" by the Beatles. Play anything  truly awful - that will probably be to the cats taste.  Good luck. That Richard Carpenter, what a babe hu??? Hubbba hubbbba!!! Wooo hooooo............. K~
____________________________________________
Question 3: What is the best way to unhypnotize a cat? I think my neighbor hypnotized my cat and now all she does is sleep and  play and I can't get her to respond or do anything else. What am I  supposed to do about this???
1) That is all cats do! Try snapping your fingers or reading every word in  the dictionary to it, until you find the one that "un-hypnotizes" it.  Good luck. Captain E~
2) Cuddle up in bed go to sleep and by the morning she be ok. Donna~
____________________________________________

Question 4: How many cats will McDonald's let you bring inside at one time? My cat Trickles is having a birthday party in July and I'm trying to  figure out a good birthday party for her. She loves to play in the play  area at McDonald's but I've never tried to bring other cats to play as  well and I don't know if they'll freak out. It would be hard to have to  only choose 5 or so of her friends if they have some kind of limit. Has  anyone done their cat's b-day party at McDonald's? Or any other similar  place???

1) Mcdonalds be on some other stuff. Try burger king. Luke T~

2) Umm...I dont think your allowed to have any cats in McDonalds... Feenomat~

4) Is this a joke? ... no? Okay. Well, for one, no, cats are not allowed  inside McDonald's because it would violate the health code. Secondly,  how do cats have that many friends? Thirdly, how do you know Trickles  likes the play area...cats aren't supposed to go in? And lastly, who  gives cats birthday parties... Lauren~

5) I think the limit is 3. I'm not positive though, its been a long time since I had a cat birthday party at Mickey D's. Casual Male~

Question 5: How long does it take to teach cats to say words? I have been spending about an hour a day trying to teach my cat to say  the most simple words like "duck" and "throat" but after 15 months we  have made almost zero progress. Am I wasting my time or is this just the  way cat training goes????

4) I hope you're not serious... you know that cats can't actually speak English right? They talk cat talk. Honey~

5) Try wearing a pencil case on your head next time your teaching your cat. Tim~

6) Cat can't speak so you are wasting your time. Mariah~ 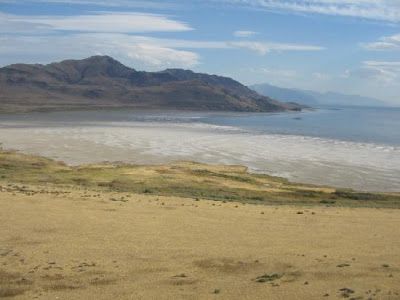 Ironman is now 3 and a half weeks a way. No joke. I've started referring to the day as "Satan" because this word much more accurately captures my sentiments in

Years of speculation that I might be adopted were suddenly halted on Sunday when I watched Bob attempt to use technology. My sister Krishelle and I sat in the back seat of his car while Cathie subtly mocked his repeated failed attempts to use