I've been saving this for a while. Please cast your vote for your favorite answer. There are some WINNERS here.

Question 1: If the Titanic sinking really happened, why didn't the people who died ever say anything about it? I just think it's suspicious that not a single one of them ever talked about their experience.

1. I think you mean survivors and not victims basically the people who lived didn't never want to talk about it because would you?? ~Carrie

2. Sometimes I think the internet has reached peak stupid. Then I read Yahoo answers. ~Michael


*****
Question 2: Is it really stealing to take something from a store without paying if you only do it like 10 times? I've only done this like not even a dozen times and those were spread out over a year in amounts less than $5,000 each time so I'm wondering at what point it actually becomes stealing. If it makes a difference, it's a Kinkos.

1. I'm so much more curious about how you stole $5,000 in one single Kinko's visit. ~Martinburg

3. It actually doesn't become stealing until someone chases you. You have to scream a lot too and wear an animal costume. And it's important you record a video of it and post it on the internet so we can see. ~Xanderdander

*****
Question 3: How much bleach do you have to drink to have noticeable results for your teeth? I got one of the small jugs and I'm wondering if I need to go back and get more.

2. You might think its funny to joke about the bible but Im pretty sure the lord does not care for a sense of humer its up to you if you want to risk it as four me and my house we will serve the lord. ~Trina

*****
Question 5: What's the best way to find a good shelter that allows felines after your husband says you need to get rid of your cat? My husband recently gave me an ultimatum and said we have to get rid of our cat so now I'm frantically trying to find a women's shelter for me and Mr. Biggles.

1. Time to find a shelter for your husband! ~Meganfelow

2. If you're husband is giving you ulta matums maybe its time to cut the husband lose! Look I'm not here to tell people what to do all I'm saying is maybe if your man doesnt carry you maybe dont carry your man. ~Tiffranee

*****
Question 6: Is my husband a murderer? Maybe I'm crazy, but I think there's a legitimately real possibility that my husband is a murderer. He just has this look in his eyes like he's done something. Sometimes he comes home from work late without much explanation (he's an accountant). He's weirdly proficient at chopping meat. He's really private. I don't know. Maybe I'm overthinking it but you always see those stories about wives who didn't see the signs and were shocked to find out their husband is a murderer. Also one time I found disembodied arms and heads of blonde women in our deep freeze in the garage.

1. I'm not proud to be the first person to chime in and say that that last bit was really the only relevant bit. ~Michael

2. You really only need to worry if he actually SAYS "I'm a murderer" and then shows you real proof and then turns himself into the police and gives detail only a murderer knows and there are witnesses to corroborate his testimony and he doesn't fight it at all. ~Myra

3. Um........seriously? Yes. If you found body parts in the fridge and you didn't put them there then yeah, I would probably say you are married to a murderer and you better call the police before you get framed.  ~Sarapain

*****
Question 7:Are there any theme parks where they DON'T HATE like they do at DISNEYLAND where they KICK YOU OUT just for the WAY YOU LOOK? I need to find a new theme park that doesn't care about what your hair looks like or how you dress or how you act or whether or not you are carrying with you a cart of medieval weapons or whether you are screaming at children to REPENT FOR THE END IS NIGH or just because you're in a wheelchair and stuff.

2. You had me for a minute with the hair and clothes bit but yeah. You probably can't expect to scream dooms day stuff at children without someone giving you the booooot. ~Terrybrinnney

3. If they kicked you out it just means they need the message even more. CONSTANT VIGILANCE. ~Corywarren

1. Only once it touches sin. ~Migrant

2. I'm glad you admitted to being high because you saved me some time here. The answer for YOU is "what if the soap doesn't get dirty, the dirt gets soap?" ~Alexhume


*****
Question 9: What's the best way to cook a turkey? I got married in 1971 and my husband, who is originally from the Dakotas, wanted to move to San Diego but we couldn't find jobs there so we ended up settling in Phoenix, which is kind of a challenging place to raise a family considering all the CRIME, but fortunately we were able to get library cards which gave our children a chance to really get absorbed in the magical world of books and I think that's ultimately what helped our aunt Thelma come out of her coma one spring morning in 1994, which was a terrible miracle, a miracle because of all the propane she had accidentally ingested and terrible because we liked her better in the coma.

3. There's NO WAY I can answer this question without more information about the public library. God. I don't even know whether you've ever been on a boat! ~Ryanacho


*****
Question 10: Are there any good indoor National Parks? My husband and I like to go to National Parks but we hate that they are all outside. We hate the bugs and the heat and the trees etc. It's always SO HOT and MISERABLE. Are there any good national parks that are just inside and have good A/C and shopping and restaurants and stuff. Also with good parking.

1. Yes. I would suggest Mall of America, our most majestic national park. ~Terreen

2. Are you an idiot? You know national parks are NATURE? It sounds like you don't like nature so maybe national parks just aren't your thing. Stop overcrowding them with your stupidity. ~Plantparent

3. They are actually in the process of building a roof over the entire Grand Canyon so it's just a basement. Check back in a couple of years. ~Mardigrass 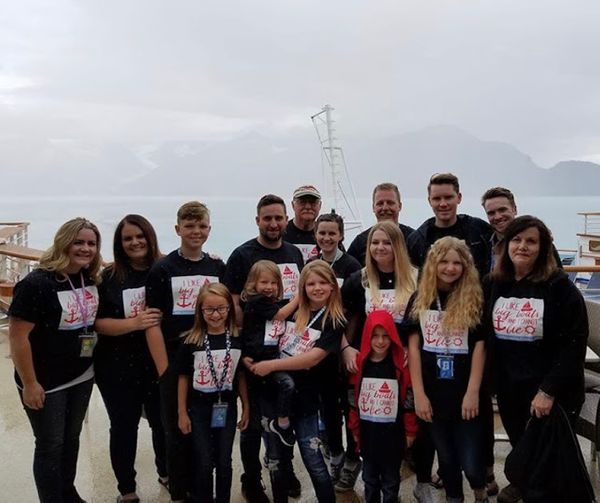 I say that I’m not a cruise person. That doesn’t mean I didn’t have a good time last week with all 6,000 members of my family 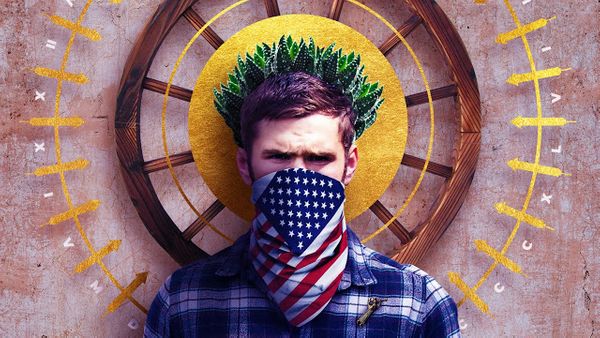