I've been collecting a new batch for you. Here are questions I've asked over the past few months, with some selected responses, before the Yahoo! gods deleted them. As always, names have been slightly altered or changed.

Question 1: Why does the direction north keep changing? Walmart is north from my house but my sister says it's east at her house and we just want to meet there to have lunch at the food court our Walmart has a nice Domino's Pizzeria you know the kind where they put the hottt chile shakers on the table because they trust you not to steal them and Darlene keeps going to the wrong Walmart.

1. YOUR WALMART HAS A FOOD COURT?? ~Madmoss

2. This keeps happening because you don't have compasses. This is why they shouldn't have let the Boy Scouts tank. ~IsaacNews

3. If your sister lives in a different direction then there won't be a north the same way yours is north you have to tell her to go east or I dont know maybe just use google maps or something? ~Sarahplainin


Question 2: Can you have pets in prison? I accidentally stole some stuff from a grocery store a little while ago and I'm worried if I get caught no one will be around to feed Mr. Biggles. Also last year I embezzled $600,000 from my employer and used it to support a Mexican drug cartel that was trafficking uranium for an Iranian prince.

1. And you're telling me the cartel hasn't even offered take care of Mr. Biggles if things go south? Cartels these days seriously have no integrity. ~Michael

2. If you're really that worried about going to prison maybe don't advertise your crimes on the internet. Also some shelters will take cats when their owners are irresponsible. ~Tracknfoe


Question 3: If Anderson Cooper can't see me through the TV then why does he look right at me when I watch his show? And then he undresses me with his eyes, which are a mesmerizing blue.

1. He for sure has the hots for you, especially in that bathrobe. By the way, you look pretty today. ~Maddie

2. I would suggest you stop watching Anderson Cooper and start watching Facetime with your psychiatrist. It's a great new show and your insurance probably covers it. ~Jamesnumberone

1. Here's what you do: have your butler tell the maid to assign your footman to drive your golden carriage to the nearest unemployment office and have your team of corporate lawyers ask to speak with the manager. I'm sure they'll work it out. ~Pennywinks

2. Did you even lose a job? So many Americans are so entitled and they didn't even have a job in the first place. ~Mixedup

3. Oh honey I know. You get your money. In this economy we can barely afford to pay the for the housemaids boob jobs! ~Sandyboe

1. Many have tried. All have failed. We are doomed. ~Spambot

2. You mean like . . . farming? Yes. I'm sure the grocery stores are already looking into this. For when they run out of what we always thought was their unlimited supply of food that spontaneously appeared on their shelves. ~Zicksonbee


Question 6:Has anyone seen my Swiss Army Knife?

2. You mean . . . the one you stabbed in my back when you told our whole school about my sweating disorder!!!? ~Harisontee


Question 7: Are there any good services that will edit inappropriate content out of movies and TV shows? I want to watch the Planet Earth series with my kids, but only if we can censor the nudity.

1. Uh . . . . . . . are you worried about animals being naked? Maybe just don't watch the episode with monkeys because the rest don't even look like people so you should probably be fine. ~Terraceinview

2. I came to say this question was the dumbest thing I've ever seen on the internet but then I saw the answer about the monkeys and I don't even know anymore. ~Triumphover

3. Protect your babies. Today they'll be checking out sharks' naughty bits, tomorrow they'll be telling their friends! What's next?! Listening to Elvis??? ~MTMoreso


Question 8: Is it safe to eat eggs when you've never had the chicken pox? At least, I think I've never had chicken pox. There's literally no way to test for this without getting naked and I refuse.

2. Someone needs to tell all the idiots on Twitter their people are actually congregating on Yahoo. ~Missbiss

3. Stick with Cadbury Eggs and you should be fine. You almost never have to get naked to eat them. ~Hamsore

4. As a vegan, I'm all for people not using animal products, but I'd really like the choice to come from education and not the severe lack thereof. ~Veeeeegs


Question 9: Should I list my mom as a reference for a job I'm applying for? If it makes a difference, she was regional Avon lead in sales 1989-1992.

1. ABSOLUTELY NOT...oh wait. Just read the Avon part. Will she be my reference too? ~Ryanthrop

2. I would avoid using a parent as a reference because people might not trust their advice since your mom presumably loves you to tears no matter what. Your mom sounds like a really talented person with a great head on her shoulders. Maybe just learn from her work ethic and get her advice, but don't have future employers call her. You should be proud of yourself for putting yourself out there and even more proud that you have a mom who knows how to get stuff done! Good luck on the job hunt! I know you'll be great! (If you need a reference who isn't your mom, you can message me. I would love to tell a future employer you are someone who cares enough to do his research on best practices for getting a job.) ~Sandymay

3. You might as well. Everyone else in town has! ~Tracknofield


Question 10: Is it safe to do The Macarena during social distancing? I've been doing The Macarena every day (except Sundays) since November 9th 2002 and I'm not sure I can survive having to stop doing The Macarena just because of the stupid Coronavirus. Does anyone know whether The Macarena would be considered high risk activity, even if I'm wearing a hospital gown and jockstrap while doing it?

1. I wouldn't risk it. Coronavirus initially came to the U.S. from another country. Wouldn't want to start the pandemic all over again. ~Gilmoreplay

2. As long as you continue to honor the sabbath day I'm sure God won't smite you with this great curse. ~Babaloon

3. Why don't you ask your mom? Everyone else in town has! ~Tracknofield


As always, vote for your favorite answers in the comments. 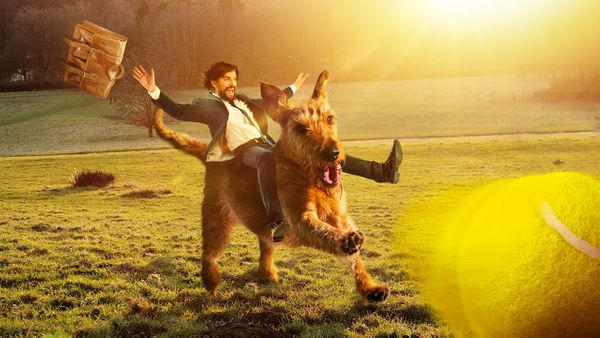 Three years ago during a particularly stressful few months with my job I got a little dog from a small rescue organization. 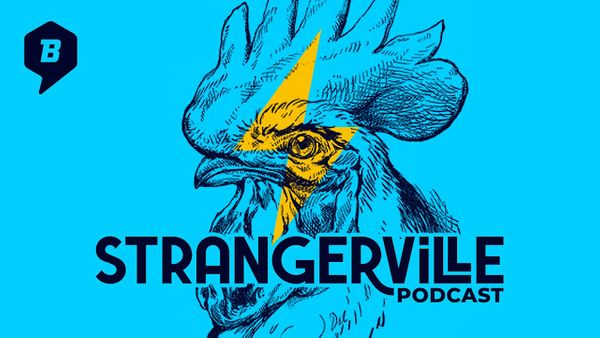 I've been going on very long runs every weekend for about a year. I started these for my "Year of Health" in 2019, and then noticed pretty quickly that they