I wrote this on the last few pages of a book I was reading while on the plane from Istanbul to New York yesterday. Spoiler alert: I made it home without dying.

So we hopped onto a plane to head home and that's when we all practically died.

Now I know what you're all thinking.  "Eli, do you mean to tell me that you spent 5 days in Istanbul and all you have to say about it is that a naked fat man ripped your skin off of you for pay? Also, your muscles on your arms seriously look huge!"

First of all, thank you for noticing. I haven't even been working out; just eating a lot.

And second, maybe you didn't hear the part where I said that we all practically died on the plane!


Ok, so unless someone is reading this aloud to you, none of you actually "heard" that. But you know what I mean. You read it. Oh, and I guess if you are reading this aloud to yourself then in that case you both read and heard it. But I don't know why you would read it aloud to yourself unless you are trying to read it in my voice and pretend I'm there with you. In that case, thanks for doing a really deep manly sounding voice. But, truthfully, it's more nasally. Also, why are you pretending I'm there with you anyway? Creeper. Did you also have a doll made to look like me? If so, I hope it at least looks super fit. And if that doll's hair is red, so help me!

On a side note, why is that phrase "so help me?" Shouldn't it be "so help you," since it's your life in peril since it basically implies I'm going to gut you like a fish with a pen?

You're probably going to stop reading Stranger now because the author threatens to kill you with non-weapons. Now you probably think that I'm the creeper. Whatever. You're the one with the voodoo doll of me, reading this aloud in a gruff man voice by yourself.

Anyway, so back to dying. We were on the longest flight in the history of aviation when suddenly we entered World War II. I'm certain we were probably somewhere over Bulgaria at the time because, guys, Bulgaria is seriously the worst.

But the plane started doing this jiggy-jiggy-jump thing, like sometimes happens, and I'm all, "it's cool" to the people all around me, "this stuff happens." Because I like to be the pillar of strength during crisis. But only for so long. As soon as it gets really scary, I need someone else to take over.

And that's what happened because the plane went from a disconcerting jiggy-jiggy-jump to turning completely on its side, sounding like it was getting shot at by all the Pearl Harbor planes, and barreling towards the Earth. Pilot man screamed through the plane, "CHIGGY CHIGGY CHAWA!!!," which made all the people who looked like they knew Turkish start crying and hugging each other.

Then I heard screams. And I was ok with this at first because I know that sometimes people overreact. And I was all like, "guys, can you believe people are screaming?!" to the people all around me, with a roll of my eyes, because I was still being the strong one at this point.

But then I realized the screams were coming from old people and I was all like, "OH $&#%!!! WE'RE ALL GONNA DIE!!!" because old people screaming is the fool proof sign that things are beyond bad.

Why? I'll tell you: Old people have been through so many different things in life that they know the difference between death seeming to stare you in the face and death actually staring you in the face. And they have survived so much stuff that they will only start screaming when something that is worse than anything that has ever happened to them, happens. So, since their town got bombed out when they were 7 and they didn't even die then, they aren't about to believe that a little plane turbulence is going to do them in now. Unless it's really bad.

And think about it. Have you ever heard an old person scream and not had a death immediately follow? Exactly. If you hear the screams of a geriatric it's almost always the last thing either you or they or both will hear. It takes great effort to scream and old people are not about to waste it on something that isn't actually an imminent threat.

So now the old people all over the plane were screaming and I started saying prayers to the gods of every religion I've ever heard of, even though I'm just a Mormon. I don't mean that I'm just a Mormon, like that's a pathetic thing to be. I mean that I'm just a Mormon and not an adherent of any other faith. Being a Mormon is actually really awesome. Except when you're in a plane with old people screaming and you want to more actively pray by putting your whole body into it like the Catholics do but you've never been taught how to do that so you just have to "Mormon" pray, which seriously looks so boring and like you just passed out to all the people around you who are all like, "OH NO! That guy who told us it was going to be ok just died!" And then they start wondering why the oxygen masks didn't come down like the plane people promised because if they did, everyone would totally assist themselves before helping others.

Then I looked over to Krishelle who was smiling like this was a ride at Disneyland and I was like, "those screams are coming from old people! OLD PEOPLE, Krishelle!"

And she assured me that if it was really bad, the masks would have come down and that's when I realized that it's pretty awesome to have an older sister around because they don't get scared of anything. I even saw her kill a black widow with her fist when I was 10 so I know she can handle herself in a plane crash. Plus, I think she knows how to Catholic pray and she wasn't doing that yet so it must not have been too bad.

Eventually the plane evened out and everyone who had been screaming sat shifty-eyed and awkwardly because the rest of the passengers had just seen exactly what they would do if they thought they were going to die.

But seriously, Istanbul was great. 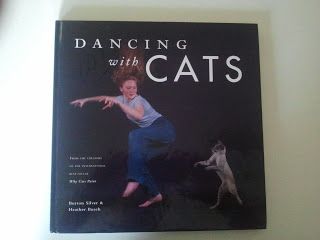 Let's talk about it. I think it's time. Cats. I bet if you did one of those analysis things to find out the most frequent topics discussed at Stranger, the

I am soakıng wet from a raın storm and trying to write an update for you to the sounds of a very loud call to prayer outside, the loud ramblings of a smoking computer attendant, and a totally strange keyboard with letters in other