No political rants here today, though I'm definitely feeling a bit reflective this week for all kinds of reasons. Maybe I'll share some thoughts later after I've worked them out. For now, I want to tell you about one problem I've recently admitted to myself. And hopefully, like always, no matter where you are on the emotion-spectrum this week, we can all bond over a few laughs.

A number of months ago I had a very unfortunate experience involving a body fat testing machine, the Bod Pod, through which I discovered that I can probably never be an underwear model. Unless it's for some little-known company that can't afford to pay above minimum wage and sells underwear that focuses on comfort and utility. To blind people.

After that experience I decided that body-image issues are SO last year and that I was just going to be happy being "me." This sounded fine and dandy at first, and tasted really good, too, because of all the Ben & Jerry's. But unfortunately "being me" involves a lot of behavior that is terrible for the pancreas. Not to mention, sometimes irritating to strangers online that I happen to email.

I justified this ice cream mastication in bulk for months on end, sure that I was staying active enough to cancel out any damage I might have been doing to myself and the world around me. Not only was the regularity with which I was eating ice cream increasing, but the portion sizes were big enough to feed The First Eye for the entire month of April (his feeding month).

But it wasn't until Monday that I realized how skewed my idea of the appropriate amount of ice cream had become.

One of my co-workers invited a small number of us over to his place for a nice dinner. At the conclusion of the dinner, another co-worker who lived just downstairs excitedly suggested that he had "a BIG thing of ice cream" at his place that he would bring up for us to have.

My initial thought was he was going to have to use a wheel-barrel to contain all the ice cream he was referring to. Because, guys, "a big thing of ice cream" in my mind is at least a 50 gallon bucket. And I almost offered to help him carry it. But it was a good thing I didn't because he would have wondered why I thought he couldn't hold a small half-gallon container on his own.

When he entered the room, I had to stop myself from blurting out loud, "HOW is such a container to feed six people?!!"

And guys, it felt exactly like the Bible with the loaves of bread and the fishes. Except, no miracle. That was all the ice cream. And it did not multiply.

And that's when I realized that I have a problem.

Now, before you go blaming Bob and Cathie for not teaching me better nutrition habits, let me just say, this isn't their fault. And if Bob had his way, dairy products would be more illegal than cocaine. Seriously, he would rather have there be an influx in crack in his town than cheese.

Bob totally sounds like a druggie now. They're totally going to quote this blog post when he runs for president.

The reason he doesn't do the cow stuff is because his dad coerced him into drinking a glass of goat milk when Bob was ten or so. This experience is so awful that it forever made him hate anything that is even remotely similar to milk, butter, or cheese. Also, I've always wondered if through this experience Bob's blood became infused with that of goats. This would explain the source of my biologically-inherited cautious affinity for them.

So because of the Goat Milk Incident of 1961, Bob forever swore off dairy products. His distaste for dairy was so strong that it was rarely seen in our home with the exception of milk and butter for cooking purposes. And as a result, I lived a cheeseless childhood.

No. That's not an exaggeration. Bob and Cathie make a cheeseless lasagna. They should be charged with a crime. I would totally call protective family services on them right now if they didn't have so many pictures of me from high school that they could use as blackmail. I truly believe that that is the reason parents take pictures of their teenagers, by the way.

Good move, Bob and Cathie. You're safe this time.

Anyway, I found out about the cheese-lasagna thing when I was invited over for Sunday dinner at a friend's house during my freshman year of college. The resulting phone conversation with my sister Krisanda in 2003 went something like this:

Eli: OH MY GOSH! I have to tell you the craziest thing! Are you sitting down?

Eli: So, I had dinner at Paula's house and they made lasagna and GUESS what they put in it!

Eli: You know, it wasn't really that bad. Not like you would expect.

Krisanda: Hmmm. People put some weird stuff in their food. Also, how's the brain on drugs campaign going? Have they hired you for the commercials yet?

Rest assured, I have since discovered that not putting cheese in your lasagna is like not putting unspeakable evil in the Queen of Colors. It just doesn't happen.

And I have since become a HUGE fan of dairy. I was worried about the potential rift in my relationship with Bob, but I also couldn't stop eating large chunks of cheese, which I did in order to make up for all the lost time.

A few years after the Lasagna Incident of 2003, I felt like I couldn't deny who I was anymore in front of my dad and I decided to finally just tell him. That conversation went like this:

Eli: Dad, I need to tell you something. I know this isn't going to be easy for you to hear. Since going to college, I've explored a lot and have discovered a lot of things about myself and I can't keep denying who I am.

Bob: Son, you can tell me. What's on your mind? You know I will love you no matter what you say. You can tell me anything.

Bob: Except for that. [And then standing up and pointing at the door] Get the hell out of my house!

We have since mended our relationship but we may never be able to talk dairy products civilly.

And all of this leads me to this Monday when I was flabbergasted that everyone else in the room seemed to think that a container that I usually see as a "2 person" ice cream box was sufficient for a group of 6. Well, everyone else except for Daniel who has the same problems as me, plus a few others, like having alien feet and knowing the words to Katy Perry songs. He and I made panicked eye contact with each other that totally communicated, "we'll stop by the store on the way home and right this wrong!"

But since I want to live to see myself go through puberty (I really think it's getting close, guys!), I am attacking my excessive junk-eating habits. Every week for the rest of the year, I plan to choose one new thing that I'm going to do to be a healthier eater. No extreme stuff. Just an accumulation of habits that will help ease me into a new year's resolution, come January. And this week, I'm starting with cutting back my ice cream intake to only the occasional small portion.

But I won't give up cheese, Bob.

Anyone want to join me? I need ideas and support, please. Also, if you could all move to Palau for the next two months so we can keep a closer eye on each other, that would be great.

One stranger, Emma, referred me to a website of a pretentious hair salon in a big city. The website had a contact email for questions and explained that it would 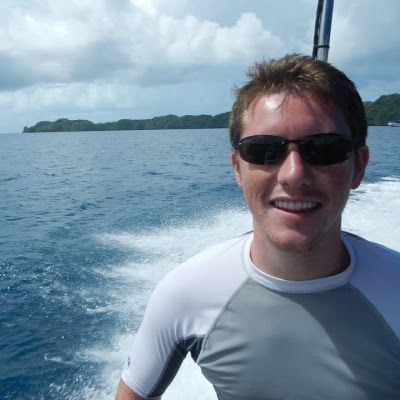 Before I got to Palau I bought a pretty inexpensive yet supposedly durable vehicle from a person who was leaving the island. It seemed risky at the time to make