I have had so many people ask questions over the last year about one special animal that has captured the hearts of many. And I don't mean that in the way that the Olsen twins captured our hearts in the '90s (gag). I mean it in the way that, like, Satan captures hearts.

The Queen of Colors.

But in the days that immediately followed, it became apparent that that was the thing that a lot of people seemed to pay the absolute most attention to.

Since then, many of you have sent me pictures of Queen of Colors look-a-likes and paraphernalia. I have received tons of emails referencing the Q of C and asking questions about her. For some of us in our little Stranger community, the Queen of Colors has become a household name. Something that represents evil hilarity.

But many of you have wondered where on Earth she came from. And I suppose it's because you aren't satisfied with the answer I have given time and time again: straight from Hell. Many of you have also wondered about the infamous "hair" story.

I'm here to answer your questions for you today, and tell you, once and for all, that the Queen of Colors is real and the story is absolutely, positively, true. Well, mostly.

So sit back and enjoy, finally, the story of the Queen of Colors.


When I was a small wretched child, Bob and Cathie had a chicken coop. The biggest way in which this affected me was through the constant looming threat that I was going to have to sleep in the chicken coop if I didn't behave. This was possibly the most terrifying fate I could imagine at age 6, which made it pretty effective at getting me to do absolutely whatever Bob and Cathie wanted me to do.

I never really knew what sleeping in the chicken coop would be like. I just knew that Bob and Cathie threatened it in a tone that made it sound like something no person would ever want to experience. Fortunately, the chicken-coop-sleeping-punishment was only ever threatened, and not enforced.

Your bark is louder than your bite, Bob and Cathie. And I'm on to you.

The fact that Bob and Cathie had chickens was a very strange thing. Bob and Cathie have never been animal people. I can count the number of "pets" we had during my childhood on two fingers. One, a horrifically mean bird named "Feathers" who one day without any notice went away to live on a farm where he would be happier. And two, a dog named Winnie who bit me every single day of her spoiled, untrained existence.I asked Cathie one day why we had chickens in the first place.  I did not grow up on a farm. Nor did we live in an area where there really were farms. Cathie told me that we had those chickens for two reasons: 1) to teach responsibility, and 2) because of something about the Mormon pioneers and how we should be able to take care of ourselves.Far and away, the scariest thing about the chicken coop was that it was where the Queen of Colors resided. She lived there and was absolutely the most unpredictable, mean, atrocious, evil creature that ever roamed the planet. My sisters and I used to stare out of the back windows, making sure she hadn’t gotten out of her cell, before daring to venture into the yard.My older sisters named her the Queen of Colors because, well, she was a colorful chicken. The Q of C was smaller than the others but absolutely had a vendetta against all other life. My sisters were responsible for gathering the eggs from the chickens and they both swear that every time they approached the Q of C, she would scratch, squawk, and nip at them, on occasion, drawing blood.

BLOOD, you guys. She drew BLOOD.

She was just exactly like Satan. She acted calm and gentle and inviting until you got within a few feet of her. Then without warning she would spread her wings and sprint-fly at your shins. And then eat your soul.

Some of the earliest memories of my life involve the Queen of Colors chasing me around the yard, both of us screaming for entirely different reasons. Bob and Cathie would stand idly by, unwilling to interrupt the fray. I assumed this was because they didn't want to make enemies with the Q of C.

Little did they know, the Q of C considered everyone an enemy.  All of our fears culminated one day when the Queen of Colors launched her greatest attack. My oldest sister, Krishelle, had a friend named Kelly who had come over to play. Kelly accompanied Krishelle in her walk out to the chicken coop to gather the day's eggs.Krishelle's memory, 20-something years later, is still in slow-motion.If anyone was afraid of the Queen of Colors more than anyone else, it was Krishelle. She bore the bulk of the chicken-egg-gathering responsibilities, presumably because Bob and Cathie were too afraid to handle the job themselves. Krishelle often approached the chicken coop brandishing make-shift weapons in the event that she would be required to go head-to-head with evil.

Occasionally she held a Bible and a cross, too.

On that fateful day, Krishelle opened the door to the chicken coop while Kelly stood a few feet behind her. Her weapon of choice: a shovel.

After 20 plus years of dissecting the incident, my family has all reached a common consensus that the Queen of Colors's next move was clearly premeditated.

She was not startled.

For one could not startle the Queen of Colors.

She was not acting in defense.

For the Queen of Colors would never allow herself to be put on the defensive.

She acted out of pure, planned, poisonous, hate.Without any hesitation, the Q of C sprang from the ground, five feet into the air, and flew directly at Krishelle's head.

We knew that the Queen of Colors had an uncharacteristically creepy ability to fly. But we had only ever seen her catch a few feet of air, and only for a second or two. But on this day, the Q of C flew.In a split second of panic, Krishelle forgot her weapon and ducked just in time. The Q of C flew past Krishelle and instead landed directly on top of Kelly's head.Kelly had a perm. And when I say that she had a perm, I mean she had a perm. This was the 80s and if you didn’t have a perm in Utah in the 80s, there was totally no way you were ever going to get a guy with a mullet to look at you. I had ingrained in me that the giant permed hair was attractive from a very young age. For this reason, I automatically had a crush on all the high school girls who helped out in my pre-school class and who had perms. They never gave me the time of day though. Whatever. Joke’s on them. When I'm 70 and they're all 82, they'll be wishing they had a younger man in their lives.

The Queen of Colors was now on top of Kelly's head, holding on. Tight. The high-pitched screams of the terrified 11-year-old girl competed with the screeching “BOCK BOCK” coming from a very distressed and pissed Queen of Colors. And that's when they got tangled.

All stared on in fear. The Queen of Colors dropped and now hung completely upside-down with one shank buried deep in the permed hair. Then, Kelly spun in circles with her head tilted downward, twisting herself more and more deeply into the chicken's grasps. They were like some combination of twine and welded metal. Only scarier.

The scene looked like the shot-put. Only with a lot more screaming. And without the release.

That's right. She strutted back into the chicken coop.

The Queen of Colors was not trying to escape. She wasn't trying to have a different life. She didn't attack so that she could be freed, or get more food, or change her circumstances in any way.

The Queen of Colors wanted to cause pain. Plain and simple.

It wasn't long after that that we came home from school one day and discovered that the chicken coop was gone. Bob and Cathie made an executive decision, and just like that, the chickens were taken away.

It has been said that there is a black spot on the ground directly below where the Queen of Colors's bed sat.

Also, nothing has been able to grow there ever since. 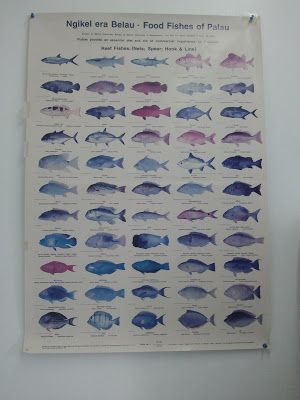 Good day, dear strangers. Sometimes bad service doesn't stop me from frequenting a business. Like, when I'm too lazy to change cell phone providers. Or when, like, the food is 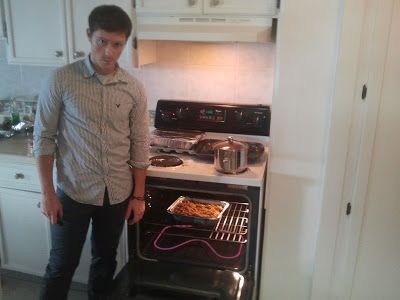 I hope your Thanksgiving festivities were everything you hoped they would be and more. Mine were great. And I'm never eating again. Until next week, strangers. Please enjoy some pictures