Happy Monday, Strangers. First of all, there has been some confusion surrounding the phrase "Twice up the barrel, once down the side." We need to all be on the same page here so I'm going to try to explain. It's complicated so stay with me.

"Twice up the barrel, once down the side" is a phrase I invented last week and it may be used anywhere in any conversation. The phrase works amazingly well because it sounds like a real thing and nobody wants to question it because they'll seem uneducated by doing so. It's the same thing like when I'm at a party and someone makes a joke about sex and I'm all, "HAHAHAHA! EXACTLY!!! EXACTLY!!!" but really in my head I'm all, "what?! What are they talking about!?" and then I'm all mad because Jon Scoville did NOT teach me about that at scout camp in the '90s.

So when you use "twice up the barrel, once down the side," the same thing will happen.  And the beauty of it is, you can use it whenever you want and it can mean whatever you need it to mean.

So, next time someone starts talking with you about baseball and you have no clue what they're saying and then all of the sudden they ask you a question? "Well, like I always say, twice up the barrel, once down the side. AMIRIGHT!?"

Next time you're in an argument with Larry that you are clearly losing? "And one last point! This is such a perfect example of running twice up the barrel, once down the side! Larry."

When you're in a business meeting and you zoned out and someone asks you a question? "Well, we'll have to give those figures another twice up the barrel, once down the side considering everything that has happened lately. I'm sure you all understand."

And in the off chance that someone asks you what that means, just scoff and say very condescendingly, "well, it's similar to the phrase 'over the tally and passed the shoot' but more frank." They'll just nod and say, "oh, I see." Because noone EVER asks for clarification twice.

See. Perfect phrase. Use it today. You will feel so powerful.

Second, voting is now up for the tacky craft competition. Sorry for polluting your life with so much nonsense. But please neglect something important in order to take the time to vote.

Now, on to the story for the day.

In Palau, there aren't really many places you can go to just read a book or write in a journal, or write out possible Oscar acceptance speeches. What? You don't do that? Yeah. Me neither. I bet Daniel does. He's so lame. Let's all make fun of him together for doing that thing that none of us do.

I guess those things can be done at the beach. But I mean that there aren't a lot of places you can go get quiet time where there are no fat, hairy Europeans in speedos, or Asian tourists swimming with excessive amounts of floating devices, or Americans complaining loudly that it's hot. Have I offended everyone yet?

There are NO book stores. NO libraries you would just want to go sit in. And not really any coffee shops. Until this weekend.

Guys. A nice quiet beautiful little coffee shop opened in Palau. I feel like we just got a Disneyland.

I don't drink coffee, just like you might expect from a good Mormon boy. And before you become impressed by my religious sacrifices, I should admit--I'm not actually interested in coffee. I KNOW. How can someone NOT looooove the smell of coffee and want to drink it every morning?! Since you're already mad, I might as well take this chance to also let you know that I don't like chocolate, the Superbowl, or the movie "What About Bob." I can practically hear you unfriending me on Facebook.

But I don't have to like coffee to be excited about a coffee shop opening. They have other stuff, too.

So on Saturday I took a book, ordered a sandwich, and plopped down in the middle of the place to have a nice escape from the tropical death heat and sea snakes, which I have not actually seen but does that really matter?

The center of the table had a small dish of what looked like chocolate cookies. I couldn't tell whether they were actually food or just a centerpiece. But I did a pretty good job of leaving them alone. Until Daniel showed up.

Daniel had been at a meeting.

Usually he has a pretty flexible schedule, but that day he was busy. Daniel teaches evening nutrition and health classes at the college. He's also in charge of a very frustrating health outreach program with the Ministry of Health, he's responsible for planning Earth Day for the nation, and he tutors a couple of high school kids. So he sounds like the busiest person in the world. But lately most of his work can be done at home, if he so chooses. His decision to take advantage of this has led to his designation as a "stay at home single guy." Sometimes I feel like we're a progressive version of I Love Lucy. Daniel just needs an Ethel. Also, would it kill him to do a little house work every once in a while?

Anyway, Daniel showed up at the coffee shop and asked me what those cookie things were. And you know what I did?

I immediately put one in my mouth.

GUYS!? When did I become the kind of person who puts stuff he found on a table in a public place into his mouth TO FIND OUT WHAT IT IS??? Am I a dog?! I once had a dog who did that sort of thing. I'm basically no better than a dog!

And you would have thought I learned my lesson when I was 7 and my dad and I were at a basketball game and we were standing in a concessions line. I saw a piece of popcorn sitting on the counter so what did I do? I put it into my mouth! And guys! Are you sitting down? IT WASN'T A PIECE OF POPCORN! It was a blue piece of chewed gum covered in soggy popcorn pieces!

The moment I bit into the coffee house "cookie" on Saturday, I knew I had made a grave error. It was gun powder. I'm sure of it. Brown, poisonous, dry, vile-tasting, gun powder. If I had to taste it, WHY couldn't I settle for a lick or a tiny nibble or--NO. You know what? I didn't have to taste it. Why did I think I needed to taste it in the first place? And why did I take a LARGE bite?

I tried spitting it out but it had already become a thick brown paste in my mouth that covered my teeth and lips and made me look like I was munching on poop. And that's when I noticed that EVERYONE in the entire place was staring at me. Including Daniel, who immediately took their side. And they all had the same look on their faces that screamed with attitude, "WHY would you put that in your mouth?!?!?"

In what was certainly one of the more unfortunate unfortunatelies of the situation, I had already finished drinking my water. And what's more, I hadn't yet paid, so I couldn't just leave. I tried desperately to spit out what I could into my one thin napkin while all stared on. But my attempts were mostly a disaster. Daniel was already practically out the door and so I was basically on my own as I walked up to the cashier, handed her some money and said out of my poop mouth, "those cookies on the table sure are interesting."

One of you got "twice up the barrel, once down the side" added to Urban dictionary. Strangers. I love you. One day we're going to take over the world. First thing we'll do: slaughter all the snakes. An update on yesterday's don't eat that 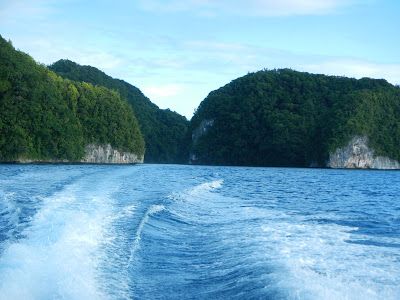 Thanks for the great week, strangers. This morning I woke up to one new couchsurfer request on couchsurfing.org, with the following message: Hi Eli, I'm hoping that a friend