Last Saturday I experienced 4 hours of back-breaking labor in the garden behind the church. The Mormon church building in Palau sits on a beautiful piece of land that overlooks the ocean, which you can only see when a typhoon blows through and temporarily knocks out the trees. One very sweet lady, Evangeline, has taken it upon herself to turn this land into a flourishing garden, to which she has tended largely herself and from which she has obtained and given out unbelievable amounts of bananas, potatoes, pineapples, and a bunch of stuff I didn't know existed until I got to Palau.

Evangeline is now very pregnant and her pregnancy is apparently a "high-risk" one. Not to be culturally insensitive, but after visiting the hospital here recently, I have to say that every pregnancy in Palau should be considered "high-risk." This developing country still has a little way to go as far as its health care system is concerned. And if I happen to become pregnant while here, I will book the next flight to any major city as soon as possible.


Because Evangeline has been out of commission, the garden has gone to pot. Not literally. I don't mean that it has started growing pot. It's probably the only producing garden in the nation that isn't growing pot right now. Not that I know what that is, mom. I just mean that it has turned into mess. Lately it has looked exactly like Jumanji. One thing about living on a tropical island on the equator where it rains torrential buckets of water almost every single day is that you can practically see the stuff growing around you.

Daniel overheard Evangeline recently talking about how much the state of the garden has been bothering her and how she was thinking about hiring someone to come in and take care of it.  Daniel told her that under no circumstances whatsoever was she to pay anyone to take care of that garden so long as we had 2 dozen able-bodied teenagers with nothing to do at our disposal.

One of the best parts of being an adult is having the authority to volunteer children to do things.

Daniel and I both work with the teenagers in the church here (in Mormon terms Daniel is the "seminary teacher" and I'm the "young men's president"). It has been one of my favorite experiences in Palau and something I will remember fondly for the rest of my life. When we got these assignments we totally thought it was going to be like Sister Act II where Whoopi had to go in and whip all the kids into shape to save the school. We practiced saying about 500 times, "I know how I'm going to get you guys through this course. I'm going to turn you into a choir!"

But in reality, these are the most respectful, well-behaved, kind, and sweet teenagers that have ever walked the planet. We have literally not had one single problem with any of them. They all have their share of struggles but working with them has been nothing but a wonderful experience. And I love these kids.

That said, it still felt nice to tell them I had volunteered each of them to spend their Saturday morning pulling weeds and fighting insects the size of my head.

We worked relentlessly for four straight hours until we had created a pile of weeds the size of a small bus. Just then a guy with no teeth WHOSE ACTUAL NAME IS "JOHN THING" showed up and burned it all. Having grown up in a dry climate, I still can't accept that it is ok to burn things while they are sitting in between and under trees. If someone tried to do this in Utah it would turn into a national state of emergency within 2 hours. I asked John Thing if there were any special safety tricks to burning the weeds. He responded, "xjkjlajjlajjlk."

I have tried to have conversations with John Thing on multiple occasions, but I have never understood a single word he has said. As a result, I always just assume he's complimenting me whenever he directs any communication my way. So I respond by nodding and humbly saying, "thank you. That's very kind."

After we finished working, we tried to barbecue hamburgers for the kids. Between Daniel's inability to accept that food poisoning is a real thing and my impatience, I truly believe some of these kids will be dead by the end of the week.

But it will have been worth the sacrifice if for nothing more than to see the look on Evangeline's teary-eyed thankful face the next day when she saw all the work these kids had done. 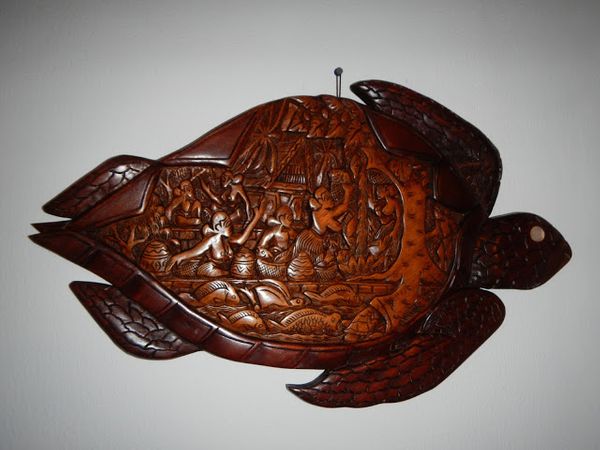 Thanks to all of you who have voted for Dean and helped him in his Ironman quest. If you haven't read yesterday's post yet, I'm referring to this [http://konainspired.

Ok, first of all, some of you are SO mad that yesterday I didn't say a single thing about April Fools' Day. What the heck, Eli? How lazy can you be? You don't even deserve to be called an obnoxious jerk anymore. I have