Last night I had a very minor freak out in front of the church kids.

It was Wednesday night, which is our night to do activities with the hormonal teenagers. And I could tell that I was ultra-irritable before we even walked into the building because every time I had to move out of my way for a car that was entering the parking lot I could hear screaming inside my head.

That screaming sounded something like "DRIVE YOURSELF OFF OF A CLIFF!!" And then it included strings of morbid death wishes.

I was hungry. That's all. I was just hungry. I don't have a temper problem. Just got really hungry yesterday. And this made me irritable. And it was raining really hard. And it had been a long day at the office. AND I'M ONLY HUMAN GUYS.

Daniel made me snack on something before the activity began and told me he needed me to be on my best behavior. All this because I was responsible and admitted in the car that I was feeling cranky.

On the rare occasion that I feel cranky, I'm pretty good at putting on my happy face. And that's what I planned to do last night. Put on my happy face for two hours while we monitored TWENTY hyper-active kids as they used paint and markers and glue and glitter to make anti-drug posters for a community outreach program sponsored by Palau's Ministry of Health.

At the beginning of the activity we had gathered the kids to welcome them and give some instructions. And as I spoke to them, there was constant chatter and laughing. And guys. I do NOT do well when people are talking over me in a group setting when I'm supposed to have the floor.

I paused a couple of times and did that awkward stare at each of the kids who were making any noise until they realized that I was waiting for them and stopped. This is a tactic I have seen 3,000 of my former educators do to me over the course of about two decades, and it often seemed effective.

But it wasn't effective last night because each time I continued my welcome speech, the chatter started again and grew louder. I repeatedly asked them to listen. And I was repeatedly ignored.

And I could feel the rage building up inside of me as I maintained my best calm, yet authoritative voice.

And my patience waxed thin.

And my anger grew.

"I NEED EVERYONE TO SHUT THE HELL UP WHILE I'M TALKING OR I'LL NAIL YOUR MOUTHS SHUT WITH A RUSTY NAIL GUN, LOCK YOU IN THIS BUILDING, AND BURN IT TO THE GROUND!!! AND THEN I'LL SLAP YOUR FACES IN THE GROCERY STORE, AND THIS ISN'T THE FIRST TIME I HAVE THREATENED TO DO THIS THIS WEEK AND IF YOU DON'T BELIEVE ME ASK THE ANGRY MOMS ON THE INTERNET!!!!"

Ok. I didn't say any of that. But that's what my brain told my mouth to say. And fortunately my mouth filtered out the unnecessary violence and quieted the yelling to a slight voice raise and I simply said something about needing them to listen and that talking over me was disrespectful and blah blah blah. I'm told that this filtering is a sign of maturity.

This was the first time the kids had ever heard me raise my voice at all, and they immediately shut up when I did. And Daniel whispered something to me about "count to ten Eli. Deep breaths."

Just then one of the smart alecs offered, "Eli? Your face is red. Is that because you feel embarrassed right now?" And I responded, "No honey. If my face is red, it is NOT because I'm embarrassed."

I love these kids. But my oh my. I hope to never have to raise twenty teenagers at once. 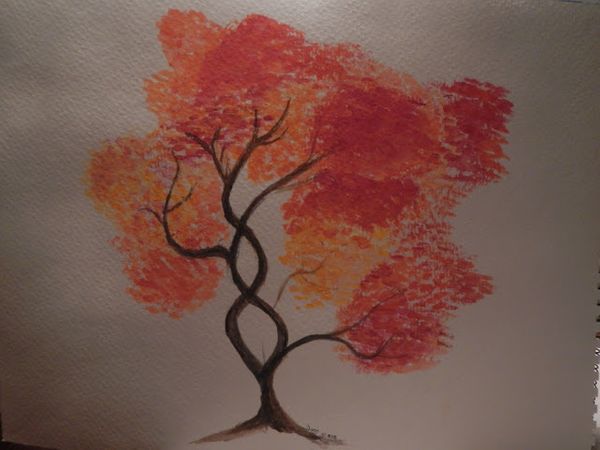 Heading into the weekend here in the land of coconuts, a good 16 or so hours ahead of most of you. Happy Mother's Day to all the moms. You keep

I've been sort of tired this week. Not really sure why. Jet lag? It's been 8 or 9 days so it seems like I should be pretty over that by now. Last night I had a quiet night in. After cooking dinner I was