On Friday I had a conversation with Daniel about deviled eggs.

Daniel: For an afternoon snack.

Eli: For whom?! Are we hosting a town hall meeting here?

Daniel: Just for us. I thought you liked deviled eggs?

Eli: SIXTY?! Why did you make SIXTY deviled eggs?!

Daniel: Well, it was sort of an accident.

Eli: How can someone accidentally make sixty deviled eggs? This isn't like tripping or snagging your sweater. Making deviled eggs sort of takes a conscious effort.

Daniel: I know, but see, I meant to only make thirty so I boiled thirty eggs and I forgot that I would cut each in half and effectively double the amount of deviled eggs.

Eli: Nevermind sixty! WHY WERE YOU TRYING TO MAKE THIRTY DEVILED EGGS FOR TWO PEOPLE!?!

Daniel: Thirty deviled eggs for two people wouldn't have been a lot. I agree that sixty is too much. But if I had only made thirty, that would have been only 15 each.

Eli: In what world is 15 eggs each an appropriate amount of afternoon snacking?!

Daniel: Look how small they are! That is not a lot of food!

Eli: Have you never heard of cholesterol?!

Eli: . . . I don't think you understand how cholesterol works.

Daniel: I do too. Isn't that the one that makes your bones really strong?

Eli: No that is not the one that makes your bones really strong! That's calcium!

Eli: Not the same thing at all actually!

Eli: Actually it did. It killed a lot of people.

Daniel: Well I'm sorry that I'm not an expert on nutrition!

Eli: I'm guessing you're going to put this conversation on Stranger?

Eli: You're going to switch the names so it looks like I'm the one who made sixty deviled eggs and didn't know what cholesterol was, aren't you?

Eli: But I'll definitely switch the names back around at the end of the post.

Eli: Because I want credit for the joke at the end.

Daniel: What joke at the end?

Daniel: You do know that saying "get it" and repeating the punch line after every joke doesn't make it any funnier?

In the immediate days before moving to Palau, my life was utter chaos. My belongings were spread to and fro across the face of the Earth and I had shipped twenty or so boxes to the equatorial Pacific without really knowing exactly what I 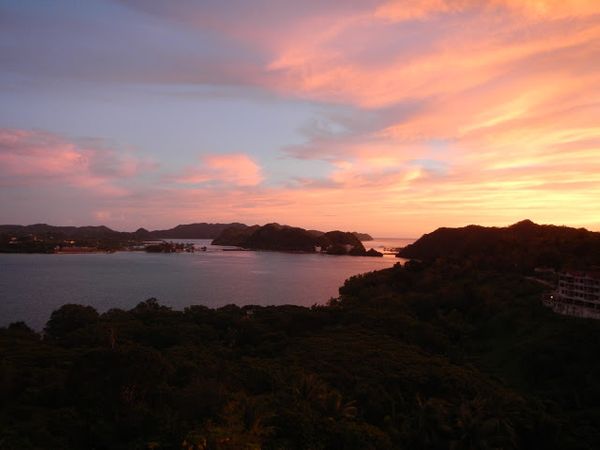 We have made it to another weekend and it has started off nicely for me. Today is a holiday in Palau and to celebrate, I ran a 10K sponsored by