As it turns out, I'm kind of a slob. I've never really known this because I've never lived alone before and my consideration of others is apparently a greater motivator of my actions than my laziness so I typically clean up after myself. I think this is called "responsibility."

Ok, I guess "consideration of others" isn't entirely accurate. Probably, if I'm being honest, the main reason I keep a place clean when I have roommates is to make sure that I set a standard of acceptable cleanliness so I don't have to live in their squalor. Because someone else's squalor? Well, let me use math to explain it:

My squalor < other people's squalor (except for Paul Simon's, which I would gladly let into my life if he so wished)

The moment Daniel left, however long ago it was (sometime around y2k, I think), I found myself doing a slip 'n slide stomach-jump onto the slippery-slope of sordid sanitation standards (if you read that out loud, it will help you overcome your speech impediments). It was just so easy. One day I walked into the apartment after work and threw my clothes onto the floor in the front room and I started to kick them toward the bedroom like I usually do, because I'm very clean and tidy, and suddenly it hit me: WHY?

And every single time I thought about putting something away or wiping up whatever spilled or doing the dishes or cleaning up the rat feces, etc., that w-word just kept running through my head. And let me tell you, my laziness is VERY persuasive, as it turns out. Because every time it forced my brain to think, "WHY?" I immediately abandoned any attempt to inconvenience myself for the sake of "cleanliness" and "order."

Flash forward three weeks: I was exactly like that old Shel Silverstein poem about Sarah Cynthia Sylvia Stout who wouldn't take the garbage out and everybody moved away and none of her friends would come to play or however that goes. And on Saturday I walked in, knowing full well that Mr. Daniel would be returning in 48 hours and it was like I could suddenly see for the first time.

And I was like, "WHAT THE HELL HAPPENED IN THIS PLACE!?"

I thought about just leaving the door open and letting Leotrix and his family in and then when Daniel got home and saw them running around the apartment I would act all shocked and be like, "OH MY GOSH! THEY MUST HAVE DONE THIS WHEN I LEFT HOME TO PICK YOU UP AT THE AIRPORT BECAUSE THIS PLACE WAS CLEAN."

And then Daniel would be all, "Oh MY gosh! Did Leotrix also leave all of that rotting food in the refrigerator and did he wear all of my clothes and leave them strewn about the apartment!? And did he use every dish in the apartment to cook . . . fifteen frozen pizzas? And did he not take out the garbage for three weeks?!"

But then I decided this plan was too risky so instead I started cleaning. And I basically cleaned for two straight days. And it was the worst experience of my entire life excluding every single time I have ever gone camping.

I was up late Sunday night, putting the final touches on my masterpiece of sanitary living when I got a message from Daniel explaining that because of that very sad plane crash in San Francisco, his flights are being delayed TWO DAYS.

And I looked around at how clean everything was and I was like, "well THAT was a waste of a weekend." 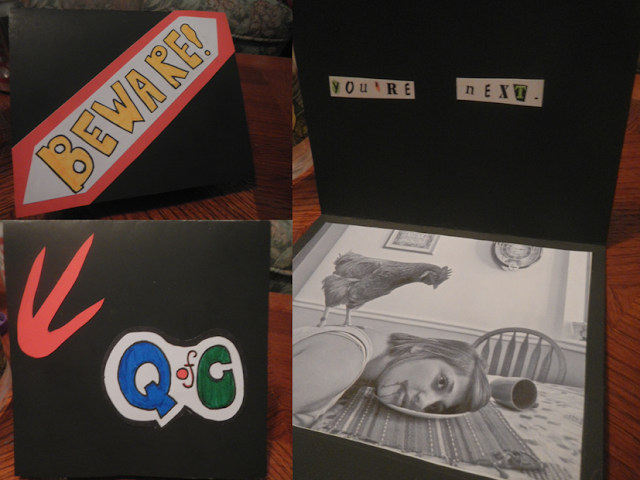 Happy Independence Day, Strangers. I hope you all had a good one without me. Thanks for the invite to your parties, by the way. Sorry I couldn't make it. I