I've been angry with someone for a little while. I don't get angry all that often. It's just not really my thing. Frustrated? Yes. Flabbergasted? Most days more than once. Annoyed? At least every time I see an ad for Glee. But truly angry? Not often.

Someone I know well and was close to did some pretty terrible things to me not long ago. Some of the worst things anyone has ever done to me. And when it first happened I became sad. I felt weak. I didn't know how to process what I was feeling because what I was feeling was unprecedented for me. This may have caused me to act a little crazy. Not a lot crazy. But a little.

I will forever give people the benefit of the doubt when they act a little uncharacteristically crazy from now on. Because I'll wonder if they've just experienced unprecedented pain. And I'll guess that they are on the rocky road of figuring out how to process that pain. A journey that may cause a few missteps, here and there.


After some of the sadness got old and the stubborn and empowered part of me began to take over, the weakened state turned to anger. And I suddenly felt myself expending a great amount of energy suppressing that anger and my urges to let it fuel unproductive behavior.

I've been almost completely successful at this. While feeling the "low road" boil within me, I've mostly traversed the high one, seemingly moving on and healing.

Some of that suppression is the product of adulthood and maturity. So I guess that's something to celebrate. Because if this had all happened 15 years ago, I totally would have written with lipstick on the bathroom mirror at school terrible things about the person who caused the pain. Instead I'm writing vague references to their indiscretions on a personal blog read by thousands. But I'm using words like "empowered" and "indiscretions" so that it seems like what I'm doing isn't immature.

Adulthood: Acting like a teenager, but with a better vocabulary.

The reason I'm mentioning all of this is actually because this whole experience is constantly teaching me some things about myself and about the importance of perspective. Throughout all of this, I have known very well that anger doesn't look good on me. And it doesn't feel good either. Anger eats away at your soul. It's a powerful feeling and one that makes it difficult, if not impossible, to feel anything else. It's hard to love someone when you constantly feel anger toward someone else. It's overwhelming to care about a person's problems when you are enraged by another person's misdeeds.

It sucks to live in anger.

But what's more, anger is blinder. It keeps you from seeing things accurately. It keeps you from seeing things in a way that could help you overcome the anger. That's the dark irony of the emotion. Those who are angry have to make a conscious effort to set it aside if they are to have any chance of internalizing the circumstances that caused the anger, internalizing them enough to eliminate the motivation to feel rage.

Last week the emotion reared its ugly head for me, more than it ever has. I was faced with the memory of some excruciating pain that I was all too happy to run away from the moment I had the chance to do so a few months ago. And in that syndicated return of feelings and memories and circumstances that I was so relieved to leave, I felt the anger begin to turn into something more powerful than itself: hate.

But if I'm being honest with myself, I have to admit that that's what I started to feel last week.

Over the next few days I relaxed a bit. And then I saw something that had a profound effect on me. It was small and sort of seemed insignificant.

A family was going up an escalator at the mall. A mother, a father, and three small children. A little girl, no older than four, was standing next to her older brother who got a little too rowdy and pushed her down. She hit her leg on the sharp edge of the escalator stair, dropped to her hands and knees and began screaming and sobbing.

I can't handle seeing little girls cry. It melts my heart. No matter the reason for it. Put a crying little girl in front of me and I will give you whatever you want as long as you tell me it will make her feel better.

I felt myself wanting to rush up there and comfort her. But I'm a strange 29-year-old man with ringworm and a foot disease so I recognized that this wouldn't have been appropriate.

Her dad picked her up and the brother immediately began crying, tugging on her foot, and saying, "I'm so sorry. I didn't mean for you to feel hurt."

I pretended to be occupied by a window display at the top of the escalator because I was now invested in these people and was curious to see how it would play out.

When the father put the little girl back down and she had mostly stopped crying, I heard her say back to her brother, "it's ok. I'm sorry, too."

I wanted to run over there and be all, "uh-uh, honey! He pushed YOU! You have nothing to be sorry for!"

But, again, the ringworm and foot disease.

I couldn't get that experience out of my mind for the rest of the day. And I kept wondering how often I forsake the opportunity to recognize that "it's ok. I'm sorry, too," because I'm too preoccupied with the anger associated with "uh-uh, honey! He pushed YOU!"

And sure enough, as I thought about this particular situation that I've experienced in recent months, I found myself able to identify all of the reasons I had to be sorry, too. And there was something healing about this that caused a lot of the anger to dissipate.

The point is, I can't control whether other people are prepared to recognize and seek penance for their mistakes. But I can control whether I'm ready to do the same for mine. And if I take that opportunity, other people's actions and thoughts become more and more irrelevant. And my negative feelings about them go away.

I can see clearly now how I am responsible for some of my own pain. I can finally move on from that because I'm prepared to let myself mourn the hurt that I contributed to the circumstances that led to my heartache. And I can finally let go of how I was wronged and suffer remorse for how I was wrong.

We grow from tending to our weaknesses. We shrink from denying that they exist. And we wilt from focusing on how the weaknesses of others hurt us.

I don't have all of this figured out. But I took a thousand baby steps this week. And I'm proud of that. Let's all have some cheesecake. 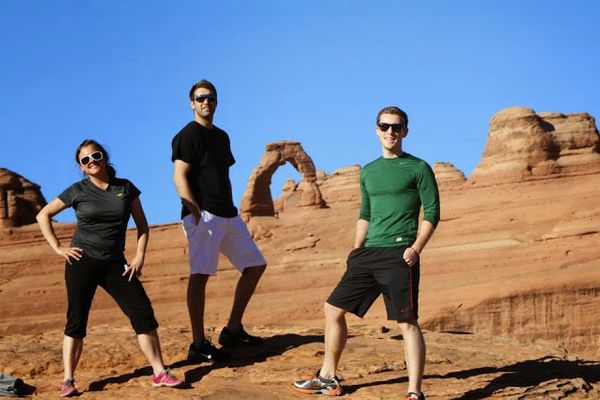 Over the weekend a few of my closest friends and I headed south to Moab, Utah, to explore Arches and Canyonlands National Parks. These places are quickly becoming a couple 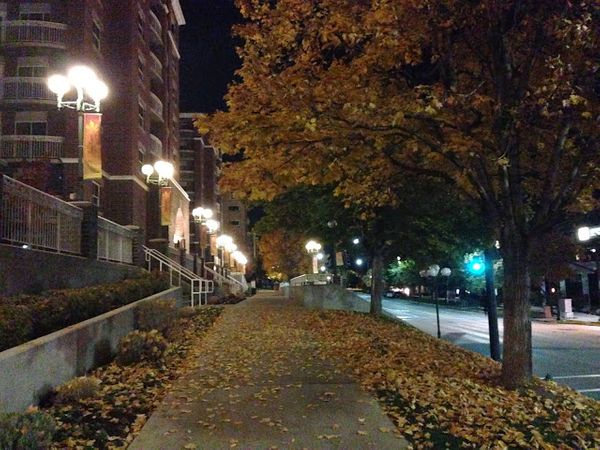 It's been a long and exceedingly difficult week here in Salt Land. Maybe when my head stops spinning I'll tell you about some of it. But for now, let's just