Remember one million years ago when I posted the Daniel diving videos? Remember how he was remarkably bad at diving? Remember how he somehow thought he was diving head-first into the water when in fact he was just jumping in feet-first with his hands clasped together? Remember how I had to record videos of him "diving" in order to prove to him that he was in fact not diving?

Well. I found something that Daniel is even worse at than he used to be at diving. Cartwheels.

We were playing on the beach in Mexico over the weekend when Anna Swayne started shooting videos. She told me to do a cartwheel because she had some creative plans for the video that I didn't really understand or try to understand. I just did what I was asked to do.

I'm not great at cartwheels. I'm ok at them. But not great.

Daniel, obviously wanting to be a part of whatever was happening, started making what MUST have been his very first attempts in his life at doing a cartwheel. And, just like with the diving, he seemed to think that what he was doing constituted respectable gymnastics.

In the below video you will see me do two cartwheels. Then, just as I go into my third attempt, Daniel enters the scene with a "cartwheel" of his own.

I swear to you he didn't believe that mine and his cartwheels looked any different until we sat him down and forced him to watch this video, at which point he nodded and said, "oh, I see. The legs should be a little more vertical."

Yes, Daniel. That's the problem. The legs just need to be a little more vertical.

People are freaking out about the movie Frozen. They are saying that it is a sneaky way to tell children not to hate themselves for being gay. They are angry about this. As though teaching a gay person that finding peace within over something 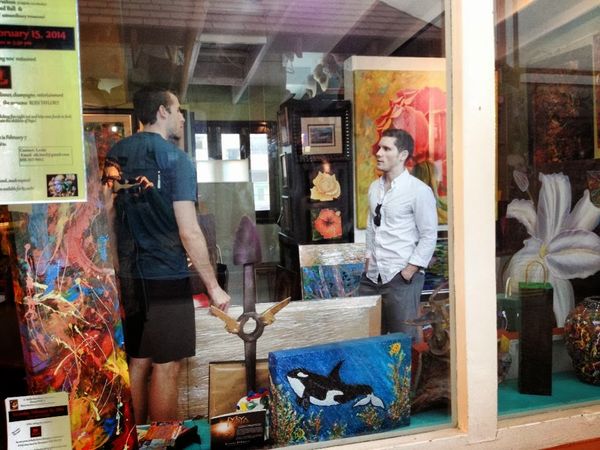 I mentioned yesterday that by the time we got to Mexico on Friday, I hadn't slept for a few days. Between working through the night and traveling and listening to