On Saturday night I was out relatively late. Don't tell Bob and Cathie. And NEVER YOU MIND what I was doing! None of your business! My personal scandals shall stay personal!

Ok. Fine. I fell asleep on a friend's couch watching something called "Untold Stories from the ER" on TLC. But when I woke up it was so late that the program seemed to have taken a much seedier turn. And then I checked and found out that it wasn't the same show that was on when I had fallen asleep but was a new one called "Sex Sent Me to the ER." And I was outraged by the moral degradation of society so as soon as that episode and the next one and the one after that were over, I turned it off in an indignant huff!

By the way, it probably didn't erode my mind that much to watch the show because most of the stuff they were talking about went way over my head. Because apparently Jon Scoville did not teach me as much about sex at scout camp in 1997 as I initially thought.


Anyway, I didn't make it home until close to 2:00 in the morning and when I did, I expected everyone to be in bed. Because I enforce a pretty strict curfew in the McCann home.

This weekend my place turned into Grand Central Station. My best friend Corey came to town and stayed with me, bringing with her a friend of her own. Living-in-sin Rebecca has become a permanent fixture. And about half a dozen other friends were in and out constantly for about four days.

This was mostly my fault because as soon as the first company started arriving on Wednesday I turned into a hospitable southern woman and started an endless parade of cooking and baking and saying things like, "ya'll come back now when you're hungry, ya hear?!"

When I made it home, basically in the middle of the night, my friend Kyle was just leaving. And on his way out, I saw him suspiciously hiding something in the hallway. Shifty-eyed, he avoided conversation with me and bolted out the door.

You have to understand that I was very confused about why Kyle was there in the first place. The reason is because Kyle is my friend. I met him a few months ago. And it seemed very odd that he would be hanging out in my apartment without me there. But on Saturday I appeared to be getting cut clean out of the circle of friendship because not only was Kyle apparently hanging out with living-in-sin Rebecca, but I found out earlier in the day that Jolyn invited Disney-Prince-Hair Brandt to sneak into Comic-Con with her. Jolyn and Brandt just met recently THROUGH ME. And now Jolyn is basically ruining his life instead of just ruining mine like she's supposed to.

CALL ME OLD FASHIONED but I think it's improper for a lady to invite one man to ironically attend a lecture about owls one month and then seek out another man to break into Comic-Con the next.

By the way, I still haven't gotten the full story on what Jolyn and Brandt did at Comic-Con. Did anyone happen to see the evening news that night and can fill us in?

Anyway, confused, I walked into my apartment where I found Rebecca putting the last touches on some excessive Easter decorating.

Eli: What the Hell happened in here?

Rebecca: Happy Easter! Kyle and I made an Easter egg hunt for you!

Rebecca: Because it's Easter!

Eli: So you hid a dozen eggs throughout my apartment. And I have to dig around for them now?

Eli: Why did you just say it like that?

Rebecca: And you get to take this Easter basket around and find them all!

Eli: Seriously. I don't want to be alive anymore.

Rebecca: Also, I ruined your coffee table by spilling something all over it. And your couch. And your rug. And a pan. And--

Eli: When are you moving to Paris again?

I couldn't deal with the Easter egg hunt that night so I went to bed between the dozens of bodies of couchsurfers we had staying with us, a quarter of which I didn't even recognize. Then, the moment the light pierced the sky in the morning, Rebecca was violently shaking me awake, holding an Easter basket in her hand.

Eli: Why did you do this again?

Rebecca: Because Kyle and I were talking about how we never get to do stuff like this because we don't have kids and then I was like, "BUT WE HAVE ELI!" And then we filled a shopping cart to the top and hid melting chocolate all over your apartment.

Eli: [Having begun the search] Why did I ever complain about Daniel . . .

After an arduous and thorough search, I found 34 of the 50 eggs.

Eli: Rebecca. Where are the rest? 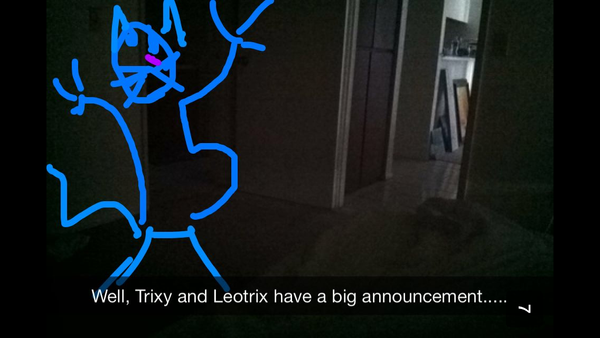 The other day I posted some Snapchats Daniel had sent me about Trixy and Leotrix. Well, the saga continues. ~It Just Gets Stranger 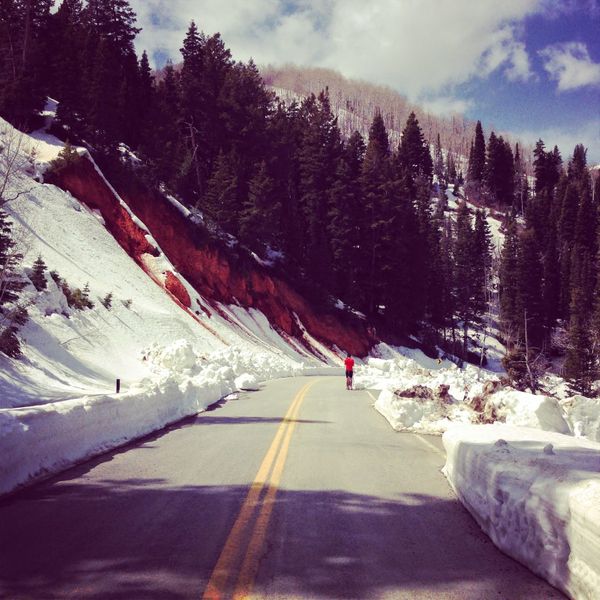 Every day that passes I get a little more freaked out about my future. This is because the part of my future that is freaking me out is starting to