A few days have passed since Ironman Lake Tahoe. After they announced that the race had been cancelled, we were told to wander around to the various places where we had dropped off all of our gear the day before to gather it up. When I picked up my running clothes bag, they handed me a t-shirt and medal that said "finisher" on them.

Seriously guys. Sign up for an Ironman that gets cancelled last minute sometime. They give you all of the proof you need to show others that you did it, you don't have exercise AT ALL, and you can eat as much ice cream as you want in the next couple of days.

The smoke blew in and covered the whole area by early afternoon. It was clear that cancelling the race was the right decision, although disappointing for everyone. I think they just cancelled it mostly because they didn't want the smokers to have an advantage. Because what kind of message would that send to the children?


Ironman sent out an email the next day telling us they were going to open up a few spots in some races that will be happening over the next couple of months and that they would allow us to use our Tahoe registration to try to get into these races.

I hoped to register for the Arizona race, which is about two months away. I sat at my computer, constantly hitting refresh until the registration opened. I clicked with lightening speed. And I was already too late.

Hundreds of people must have been doing the same thing to try to snag one of the 50 spots that were opened.

My options now are to carry this year of training over to next summer. And oh my gosh. I have a mini anxiety attack every time I re-realize that.

I know you guys are sick of hearing about Ironman. WELL I'M SICK OF TALKING ABOUT IT. You have no idea how much I looked forward to finishing the Tahoe race and then getting one of those Rascal chairs and spending the rest of my life rolling around Walmart picking out fabrics and CDs that are on sale for a dollar.

BUT WE CAN'T ALWAYS REALIZE OUR DREAMS WHEN WE WANT THEM.

I'll keep you posted on what I decide to do. A decision I'm putting off for a few days as my head continues to clear.

For now, Nic and I are biking through the vineyards in Napa and Sonoma and having a really nice time. Unfortunately my finisher medal keeps getting caught in my front wheel every time I lean down. 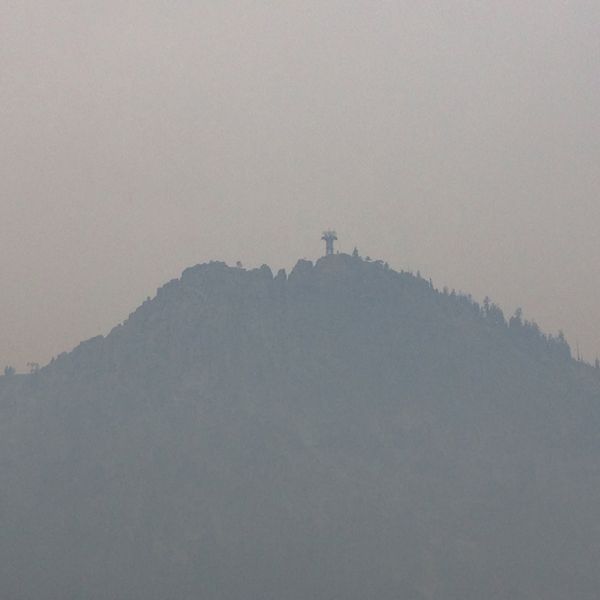 Happy weekend, Strangers. I'm back in Salt Lake City, remembering what it's like to have responsibilities. AND I DO NOT LIKE IT. Why do I have to be the only

We made our trek west bright and early Friday morning for the Lake Tahoe Ironman. A couple of months ago I asked Nic if he would be willing to come along as my support staff for the race, and he graciously agreed. This stuff