A long long time ago
When the proposed date still felt so far away
A conversation happened
James: I know we don't know each other well but you run, so would you like to do a relay race with me in a few months?
Eli: [Distracted because there was some cheesecake at home he was trying to get to] Huh? Yeah, whatever.
James: Really? Don't you want details?
Eli: Fine. It's all fine.
James: Ok, but it's in another state.
Eli: I really need to get going.
Time passed
Months went by
Eli and James hardly saw one another
Then they did

James: It's actually called an "ultra" Ragnar.
Eli: What are the words coming out of your mouth?
James: The relay race. It's an ultra Ragnar.
Eli: I don't understand why you're talking at me right now.
James: A few months ago you agreed to do a relay race with me.
Eli: That doesn't sound like something I would do.
James: Well you did.
Eli: How long is it?
James: That's what I'm trying to explain to you. The race is an ultra Ragnar in Vegas, so each person will be running 30 to 40 miles.
Eli: GO TO HELL!
A few weeks went by
Group Facebook messages formed between Eli and five people he hardly knows

Group messages: OMG! WE ARE SO EXCITED TO RUN!
Eli: Please remove me from your mailing list. Thank you.
Group messages: We rented a van and we're all going to sit in it for about 30 hours, taking turns running ten or so miles at a time!
Eli: I will pursue a restraining order if this harassment doesn't cease immediately.
Group messages: Don't forget to bring four changes of clothes for all of the times you'll be running, mostly in the middle of the night!
Eli: If I can show that I'm a minority, can I consider this a hate crime?
Group messages: Try not to eat any foods that cause diarrhea because we'll all be stuck in a van together for more than a day!

We leave on Thursday.

You guys. I done be savin' the world up in here! Because yesterday I finally put my foot down for the environment. And America. And righteousness. Hashtag 'merica. There's this place at the food court in the building in which I work that has 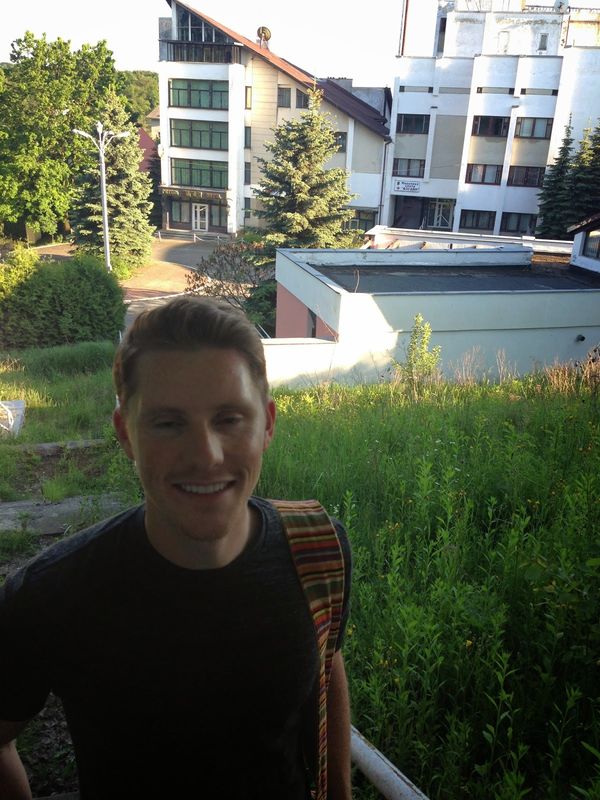 Happy Monday one and all. We had a great time at The Porch this weekend. It was great to see some of you there. A huge thanks to Kyle for