I knew Wade had signed up for the Salt Lake City half marathon several months ago and I don't like to be left out of anything so when I realized the Saturday race was approaching, I signed up on a whim last Tuesday.

It was actually pretty good timing. The half marathon would be exactly two weeks before the half Ironman and I had planned to run that distance on Saturday anyway so I thought I might as well do it in front of thousands of spectators so everyone could enjoy my hair.

Sometimes I feel selfish when I don't go out in public. I mean, did Michelangelo keep the Sistine Chapel in his basement? Not that the Sistine Chapel and my hair are a fair comparison. But all of that painting is still pretty impressive.


Well, I'll just assume it was Strangers and that they were cheering. And to those of you who did, THANK YOU for telling me how good my hair looked as I went by because we all know that that's all that matters. (Oh, and hi Knoll from the starting line! How did your race turn out? Knoll? Niles? I suddenly don't feel like I'm remembering your name correctly. Maybe it was Burt. Or Moses. Harry Potter? I know a lot of names and right now they are not helping.)

The race went well. I came in at 1:24:48, a few minutes faster than I expected, and in 29th place out of 3,118. This came out to a 6:29 average mile pace, which has been the perfect confidence boost two weeks before the half Ironman. Hashtag brag. Hashtag but it's a humble brag because I said it in a meek voice. Hashtag "what? These old things?!" [flexes biceps]

Six women beat me, WHICH IS PERFECTLY FINE BECAUSE WOMEN CAN DO ANYTHING AND I DON'T EVEN SEE GENDER. Which ones were women?

One of those six women started running next to me at about mile three.

Eli: Oh my gosh. There are only like two other women up there. You are SO going to win.

Woman: Actually there are four other women up there.

Eli: Do you hate them?

Woman: Huh? No. Why would I hate them?

Eli: Because they're beating you right now.

Woman: There are like twenty men beating you right now. Do you hate them?

Eli: I like to imagine that you have this major rivalry with those other women up there because Sandra stole your boyfriend or something equally atrocious and now you are going to seek your revenge by beating her in this race. IN FRONT of the boyfriend.

Eli: That's the name I gave for the woman up at the very front.

Woman: You are strange person.

Eli: OH MY GOSH THANK YOU!

Then she got really far ahead of me and I never saw her again. Well, until after I crossed the finish line and started wandering around the post-race festivities.

Eli: Nice work! Which one was the proverbial Sandra? [Eli looks around enthusiastically]

It was the same course I usually ride. A canyon opens near my house. It's a quick access way to get my bike out of the city and into nature. It's a beautiful place with a challenging climb. I rushed home from the office, 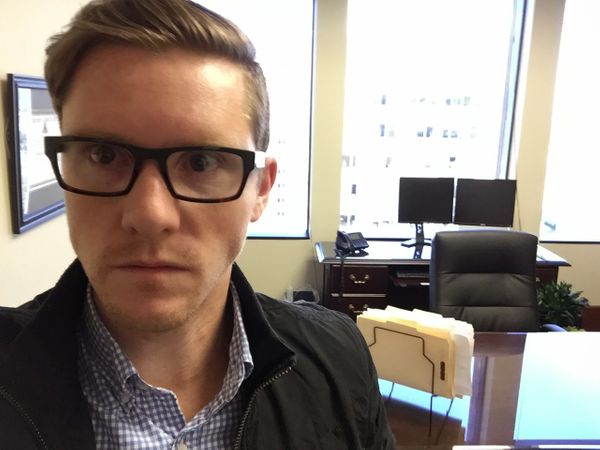