I write to you now from somewhere around 12,000 feet high in the middle of nowhere Peru. And I mean "high" in terms of altitude. And not in terms of inebriation. Although don't think the opportunity hasn't arisen. Last night I was accosted four times by men who got in my face and acerbically offered me "weed cocaine." NOT THAT WE KNOW WHAT THAT IS, CATHIE.
Actually, if they truly were offering me a singular substance called "weed cocaine," and not those two things individually, I definitely really don't know what that is. But I have a feeling it's not my style.
It sort of felt like an after-school special every time it happened. I was compelled on each occasion to blurt out "NO THANK YOU I'M HIGH ON LIFE!" But instead all I could will myself to do was close my jacket more tightly with one hand and wave the other while indignantly saying "NO. THANK YOU." As though I was a classy broad on the receiving end of an improper proposition in the 1930s.
But besides the weed cocaine, I've been given no improper propositions since arriving in South America on Sunday. I did, however, spend an unfortunate amount of time on trains, planes, and automobiles, treking across the great nation of Peru, through Cusco and then deep into the Andes WHERE IT IS NEGATIVE ONE MILLION DEGREES ALL OF THE TIME ALWAYS. This is because the Andes are at an altitude that is not meant for human consumption. I am so high in the sky right now that I can see your house from here. And you should be ashamed that the Christmas lights are still up.
I'm fortunate to be traveling with my long lost travel companions, sister Krishelle and uncle Will. And no, Krishelle is not a nun. She's my actual sister from the same mister. Unless Bob and Cathie are keeping secrets from us.
Krishelle, Will, and I have made it through many parts of the world together over the last decade and have been nearly locked up abroad in at least two dozen countries to date. Typically we try to bring our grandma along when we can (so she can inform us of every detail regarding Queen Nor's life, or whatever biography she happens to be reading at the time). But she reportedly told Will when he suggested that she come on this trip something about "what does a little old lady like me have business doing in a situation like that." We're all taking it personally.
But we'll save our sensitivities until after we finish wandering Inca ruins, quaint villages, and every hole-in-the-wall Peruvian cafe between. 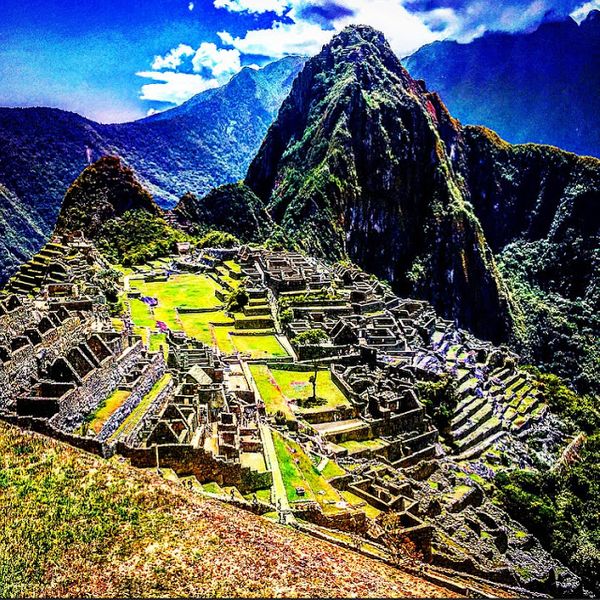 By way of brief update, we made our way to Puno, Peru, and set sail on Lake Titicaca. Also known as the North Pole. Because it is so freaking cold

I was standing in line at Starbucks on Thursday morning to get some pumpkin bread BECAUSE THIS IS AMERICA AND I CAN EAT PUMPKIN FLAVORED FOODS WHENEVER I WANT SO BACK OFF. I somehow accidentally pocket Facetimed Rebecca and she answered before I could