A couple of weeks ago my friend Kate told me that she found a free meditation class near our houses and she thought it would be a good idea for me to go to it. And I was like, "I DON'T NEED MEDITATION I'M PERFECTLY CALM WHY ARE YOU LOOKING AT ME LIKE THAT!?!?!"

It's true that in the last couple of months I've been just slightly more on edge than usual. There was a 7-week period starting somewhere in January where my phone began telling me how long it would take me to get home from wherever I was, using my office address as the "home" location.

A couple of weeks ago Matt had a come-to-Jesus with me about my life choices, which means things were really serious because Matt doesn't like to talk about anything, ever. I'm not kidding you about this. I have at least four dozen inanimate objects in my home right now that talk about their feelings more than Matt does.

So when Kate mentioned that a meditation class might be a good idea for me, it wasn't much of a surprise.

She came with me, along with our friend Matt. Not Matt Pants. A different Matt. Matt Pants would never attend a meditation class. When I asked him if he wanted to come, he told me some variation of "hell no" and then said that while we were doing that nonsense he was going to be home pouring himself "a glass of dinner." (Hashtag wine).

The three of us showed up to a studio that was quickly filling with middle-aged hippies. The visitors greeted one another with soft voices and whimsical smiles. Within 30 seconds of arriving, I already heard someone comment on the "energy." I could not have been happier about this.

A very helpful woman, realizing that we three were very out of place in Woodstock, directed us to a room full of pillows and blankets and instructed us on what we would need for that night's session.

We gathered a few items and then found our places in the half-formed circle around the edges of the room.

And then class began.

In a airy and pleasant voice, the instructor welcomed us, explaining that we would be having three TWENTY MINUTE segments of silent meditation. She informed the group, for the benefit of the newcomers, that this was called "breathing" meditation, or something like that and that the point of it was to think only about breathing. FOR ONE FULL HOUR.

Fight or flight set in right around this moment. I immediately began subtly searching for all of the room's exits, wondering if they had been locked and if this was a cult and maybe I was trapped and what if they make me have intimate relations with old men!

NOT THAT WE KNOW ANY OLD MEN, CATHIE!

But before I could dart for the door and avoid a life of bonnets and homemade cheese, the instructor rang the gong and the room fell completely silent.

Every once in a while the instructor would break the silence to read a brief poem about how "life lives through us" and "we are all one." Or she would remind us that if our minds wandered to anything other than how our breath feels in our bodies, we needed to return our thoughts and "mindfulness" to the present because of Earth and nature and beauty and the circle of existence. Or something. I don't know. I was too stressed out about the fact that I couldn't get myself to think about nothing to pay very much attention to what she was saying.

THIS WAS A VERY STRESSFUL EXPERIENCE FOR ME.

After twenty minutes of this silent sitting meditation, we began a twenty-minute session of "walking meditation," wherein we had to walk around the room at roughly .5 miles per hour, thinking only about breath and the way the floor felt on our bare feet.

And then, we returned to our pillows for another twenty minutes of "sitting meditation." Because apparently we still had some more thinking to do about our breath.

I had had it with meditation class by this point. To me, it amounted to a combination of exhausting boredom and hokey dramatics. And I could not understand how someone got a group of people to come do this every single week.

But then, in the final sitting meditation session, something magical happened.

I'm not sure how to explain it, exactly, but it was like my mind shut completely down. All I could really hear was the sound of my own breath, which sound was nearly deafening. And I don't think I even flinched for the full twenty minutes.

When the instructor rang the gong to conclude our class, I opened my eyes, surprised that twenty minutes had gone by. And then it occurred to me: y'all! I THINK I ACHIEVED NIRVANA!

And before achieving nirvana, I literally never even said "y'all!"

SO I GUESS I'M BUDDHIST NOW. 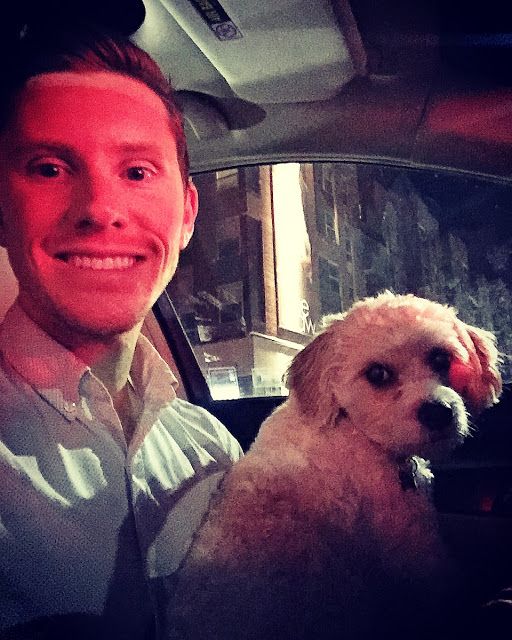 Sometimes Stranger becomes something I never really imagined before. Like that time that I made a joke about genealogy and then we all did family history work and established that 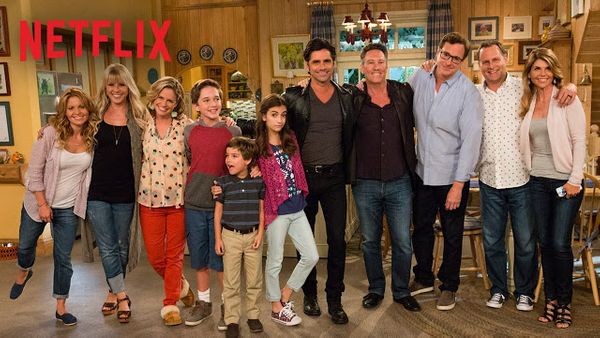 Where to even begin. When Netflix said they were producing a season of a Full House reboot, we all quit our jobs to make sure there would be no distractions