Recently I told you about Herminda.

She comes to my house every two weeks. I never know what time, exactly, she'll be showing up. So it sort of feels like a ticking time bomb. Unfortunately sometimes I forget altogether that it's an Herminda day. This happened last time she came.

I still don't know how many minutes she heard of my twenty-two minute performance of the first twenty-two minutes of Hamilton wherein I do the men and women parts, including occasional beat boxing and sound effects that make very little sense and are not part of the original production.

All I know is that when I came out of the bathroom in a towel, dancing (also my own unique addition to the production), and caught somewhere in the middle of an excessively-vibrato'd and high-pitched "HELPLEEEEESSS," Herminda was finishing loading the dishwasher.

As a credit to her professionalism, she didn't even look at me when I screamed.

Herminda has tried to explain the schedule to me on several occasions, wanting even more than I want, to avoid these bi-monthly accidental encounters. At least I think she has. 99% of our conversations sound like this:

I wish I could communicate with her. Because I'd really like to explain the very complicated Mr. Ollie Pants situation, which sometimes I even have a hard time doing in English. For example, recently I bought a new iPhone.

Apple Store Woman: Then who is this white puppy on the lock screen of your phone? And on your phone wallpaper?

Eli: Oh. Yes. That's Mr. Pants. But he belongs to Matt Pants. Well, Pants is a name I made up for the dog. Then I gave it to Matt. Because Matt is his dad. But, like, adoptive father. Matt isn't married. Not that he would need to be. But it's a dog, so he couldn't give birth to a dog. Or anything because Matt is a man. NOT THAT THERE'S ANYTHING WRONG WITH HIS GENDER.

See? It's very difficult to explain.

I definitely don't know how to have that conversation in Spanish so when Mr. Pants isn't at my house on Herminda days (rare) she gets a concerned look on her face and says "donde esta doggy?" And then I try to explain that Mr. Pants doesn't actually live with me full time, but I think the concept of "joint custody" for a dog hasn't clicked for her yet. She usually just stares at me looking horrified, probably wondering if I just told her Ollie is dead.

It's probably better when Mr. Pants isn't there. She told my uncle Will that she loves having him, but I know the feelings are not mutual. Mr. Pants tried to maul Herminda once when she came through the door. He hates her.

And, no, this isn't because of something Herminda did when I wasn't there. He hated her the moment he met her. And, in fact, probably even before that.

Earlier this year Matt and I had to start recognizing the harsh reality that Mr. Pants is super racist, sexist, AND ageist against elderly Hispanic women.

Usually friendly to the point that he would gladly climb into the unmarked vehicle of a kidnapper who smells like peanut butter, earlier this year Mr. Pants tried to leap out of a shopping cart, barking at two elderly Hispanic women who were making a fuss over him at a furniture store.

We chose then to believe that Mr. Pants was just in a really bad mood that day, because nobody wants to think that their very white dog is a supremacist.

But we noticed a pattern over the next few months wherein Mr. Pants continued to bark at elderly Hispanic women in public.

We no longer wondered if he had a problem when he tried to chase Herminda out of the house the first time she came over.

I've wondered if maybe Mr. Pants has some bad memories that might be triggering this. He is a rescue dog (OMG WHO WOULD GIVE THIS AWAY)

We don't really know much about his history. So maybe he came from a home with an abusive elderly Hispanic woman? Is that a thing? Can dogs be trained to hate an entire type of person because of what they experienced as a puppy?

Now I'm really sad because I'm picturing Mr. Pants as a little orphan dog holding a sign on the side of the highway asking for treats.

And now, please enjoy a Christmas-themed Strangerville Short, a story I told live at The Porch in 2013. 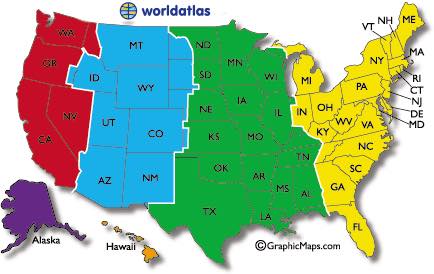 Last week I complained to y'all on the Stranger Facebook page [https://www.facebook.com/itjustgetsstranger/] that Skylar keeps referring to Salt Lake City and Denver as "the Midwest." AND

This week on Strangerville Shorts, please enjoy a story Eli told live at The Porch in 2013 for The Porch’s special Christmas-themed show. http://traffic.libsyn.com/strangerville/Short_Worst_Christmas_Ever.mp3