You guys didn't think there was going to be an "and then." You thought that dumpster fire of a life I told you about over the weekend was the finish line in my 32-year journey to become the trashiest person in all the land.

You probably thought, "Eli isn't going to post anymore after this. There's really nothing else for him to say. He has completed this blog and it will now become yet another abandoned page in the blogosphere."

Well, you guys were wrong. Because there's more. There is more crap to tell you about. On Monday I gave you the ice cream, but I withheld the cherry on top. Because I was worried I was already going to cause your type II diabetes and I wanted to give your poor pancreas a 48-hour break before shoving a nearly-illegal amount of proverbial powdered donuts down your proverbial gullets.

I think I got lost in analogies somewhere back there.

The point is this.

After the movie ended it was nearly midnight. I, of course, was covered in an entire tub of popcorn's worth of grease.

To be clear, Skylar did not help consume the buckets of lard and sugar I carefully ushered into the theater. I did that all on. my. own.

We left the theater. I was still riding either a sugar high or a high from the run-in that happened just before the movie began. Skylar was contemplating his life decisions that led him to spend an evening with me.

I'm getting to it DON'T RUSH ME.

We drove back to my house, one of us singing "Party in the U.S.A." at the top of his lungs the entire ride home because of the extreme sugar high. The other one of us was doing breathing exercises and repeatedly counting to ten for reasons that still aren't clear to me.

We finally entered my neighborhood and I immediately noticed that something was different.

There were five hundred billion cars lining my street.

I assumed that The Perfects were having a party and I wasn't even offended because I gave up on ever meriting an invitation to anything from The Perfects.

But then I saw it. Just as we drove by the house just two down from my own.

To review: Cat Lady is my soul-mate neighbor I met a few months ago when she told me she accidentally stole our neighbor's cat and mail and then got caught when he came over to give her some of her mail that had been delivered to him by mistake.

But her curtains were shut so all we could see were silhouettes of twenty or thirty people inside. Now that I think about it it looked a lot like that scene in Home Alone when Kevin puts all of those cardboard people around on strings to try to make it look like they're having a party inside so the robbers don't think the place is empty.

Eli: noddin' my head like, yeah. Movin' my hips like--AHHHH! That. Wretched. Wench.

Eli: CAT LADY IS HAVING A PARTY!

Skylar: Have you ever invited her to anything?

Eli: WHOSE SIDE ARE YOU ON?!

Eli: Well get on my side! Because this is an outrage!

Skylar: You sound like a crazy person. Who are you texting?

Skylar: This is a very bad idea. Please stop.

Skylar: What did you say?

Eli: I just said "Hey there! I hope you're home because it looks like there's a huge party going on at your house! LOL winky smiley face!"

Skylar: You sound like you are passive-aggressively scolding her for not inviting you.

Eli: That's why I included "LOL winky smiley face." It makes everything you say before it ok.

Skylar: I'm now starting to understand why you didn't already have plans tonight when I dragged you to that party and movie earlier.

By the time we got inside, my rage and sugar high had settled into a sugar coma and I no longer wanted to be invited to any party or perform any action ever again. But it was too late.

Cat Lady called me and left a very loud message demanding that I "get [my] butt over here right now." I decided I would just call her back in the morning and thank her for the invite but tell her I was just too tired from all of my evening social affairs.

But then there was a knock at the door. I answered it. It was Cat Lady and her friend, and they were clearly tipsy.

NOT THAT WE KNOW WHAT TIPSY IS.

Cat Lady: You already changed into PJs!? Didn't you just pull into the driveway?

Eli: Yes. That's it. I came inside and changed very quickly. This is not what I wore out of the house all evening.

Cat Lady: Well put on some normal clothes and get your butt over to my house right. now. I will not take no for an answer!

I'm incapable of resisting such an invitation, so I made some promises, shut the door, and turned around.

Eli: You're actually going to come with me?

Skylar: I feel like it would be socially irresponsible for me to let you out by yourself right now.

We changed and walked two houses down to the party.

The house was filled with people twice our age, but they welcomed us anyway. There was a table full of cookies, so obviously I took care of that.

We were engaged in some pleasant conversations wherein we pretended to be twice our ages by saying words like "stocks" and "timeshare" and "Richard Nixon."

THAT is when it happened.

I was engaged in telling some story that involved an excessive use of arm movement (because all of my stories do--I'm actually waving my arms wildly in the air as I type this). People were politely listening and laughing in all of the right places. I was pretty sure I was a party hit.

I went in for my grand-finale move. A quick arm wave toward the people behind me. And then I felt that arm connect with something made of glass.

By the time I turned around, the glass full of very red wine was doing slow-motion flips in the air toward the center of the room in the direction of the food table.

And in my moment of panic. Without thinking. It was a gut reaction. It was what my brain told my body to do.

In that moment of panic, I socially betrayed myself and divulged my priorities by yelling out to a room full of people the following thing:

Never mind all of it.

That's what I said.

That's what I was concerned about.

That's what I wanted everyone to drop what they were doing in that moment to protect.

My yelling drew attention to the commotion that wouldn't have been drawn by a simple falling glass.

The room was quiet, and Skylar was doing that thing where he scrunched his whole face up and shut his eyes like he was trying to will himself to be somewhere else.

And I wasn't sure then which was a bigger deal: a broken wine glass and stain on a white rug or inappropriate concern for food.

There were a few more seconds of silence before I finally broke it:

Eli: Would you guys believe me if I told you this is only the second most embarrassing thing that has happened to me tonight? 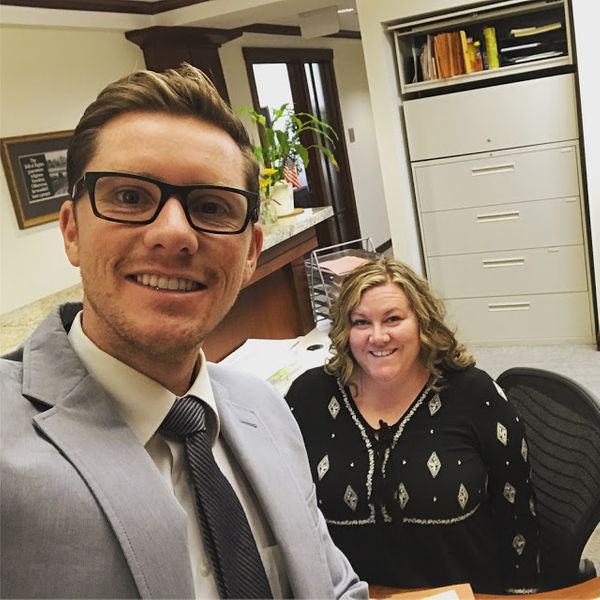 This morning I woke up with zero puppies, which is exactly too many fewer puppies than one should have. So tonight I drove to Adam's house and made some excuse 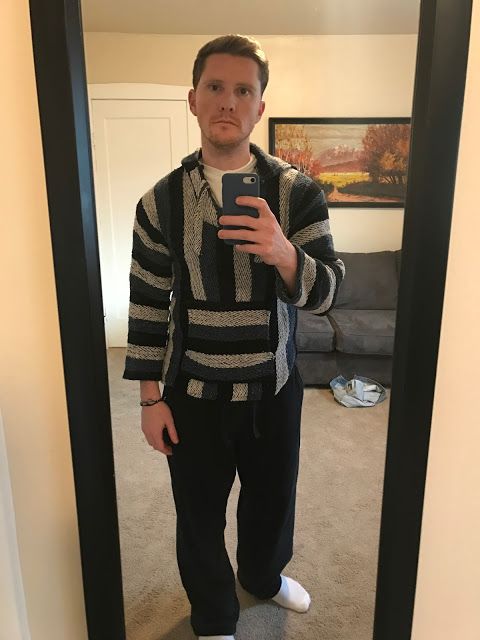 On Friday Skylar told me he was going to some party at some woman's house and he asked if I wanted to come along. I wasn't really in the mood