Considering that I already communicate with Herminda at about 7% mutual comprehension (generous), it was probably not the best idea to up and complicate my life through what is turning out to be major construction and the introduction of yet another animal.

On Herminda Day (better than Christmas), Herminda usually arrives around 8:00 AM. I'm typically gone by then, and she's typically gone by the time I get home from work, so it sort of feels like magic cleaned my house. But, like, magic that costs money. And doesn't speak English. And sometimes puts spatulas under the bathroom sink.

But last week I felt like I needed to greet Herminda when she arrived so I could explain why my life is such a mess right now.

I had practiced saying "I have a new dog" in Spanish, using a full 22% of the words I remember from watching Sesame Street in the 80s. And I delivered this phrase with aplomb.

And then Herminda yelled out, "DONDE ESTA OLLIE!?"

Ollie was not at my house. He very frequently is on Herminda Day because Herminda loves Ollie so I tend to keep him on Herminda Days so they can hang out. Ollie hates Herminda because he's racist and ageist and probably sexist. But we've already discussed that at length.


I didn't keep Mr. Ollie Pants last week because Mr. Pants also, at least at that time, appeared to hate Mr. Duncan Doodle. And I know what you just said out loud: "HOW CAN ANYONE HATE DUNCAN DOODLE ELI'S HAIR SHOULD BE OUR NATION'S CURRENCY!"

But I can't really blame Mr. Ollie Pants. Because Duncan's only way to interact with Mr. Pants up to that point was to climb onto Mr. Pants's back and constantly bite his face.

I have learned from several prior relationships that this is not good for building rapport.

To his credit, Mr. Pants would sit stoically for upwards of 5 minutes while this happened until finally snapping and barking so fiercely that Mr. Duncan Doodle would have to hide behind furniture to escape.

Their relationship has since improved some. Mr. Pants has gone from loathing to general apathy. Sometimes Mr. Pants even deigns to snuggle with Mr. Doodle when he's tired enough not to put up a fight.

We're hoping that there will be some kind of kinship by Memorial Day.

But the point is, I couldn't leave Mr. Pants and Mr. Doodle alone with Herminda. And I can hardly leave Mr. Doodle for very long anyway because he has to go into the cage and I feel bad about it since he needs to pee every 12 minutes on the dot.

So there I stood, wholly incapable of properly answering Herminda's query in a language she would understand. Hashtag nevertheless I persisted.

I tried to explain to Herminda, as I have in the past, that Mr. Pants doesn't actually live with me. He lives with Matt. He only visits me. This is not actually my dog, despite the constant proliferation of dog toys and dog food and dog leashes and framed pictures of me with the dog spread throughout my house.

But something must have gotten lost in translation.

Because just following this sentence, which I said out loud: "No tengo Ollie; Ollie bye bye."

I understood from this that Herminda believed that I had just told her Ollie was dead and that Duncan was a replacement dog. I failed to fix this misunderstanding by saying, "Ollie es bueno. Muchu bueno."

Eventually I left because I figured the longer I stood there with her the more people she would believe to be dead.

Herminda is coming back next week and I'm now considering draping Mr. Pants in a ghost costume and setting him loose in the house that day.

Also, please check out this very important video about how Strangerville Live is somehow NEXT WEEK. Get your tickets while you can! 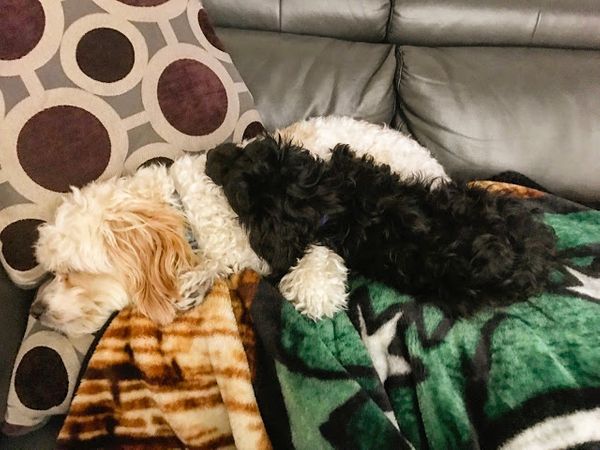 I have positive news on the potty training front. We seemed to have reached some sort of milestone. No accidents in the last 6 days. And Mr. Duncan Doodle is 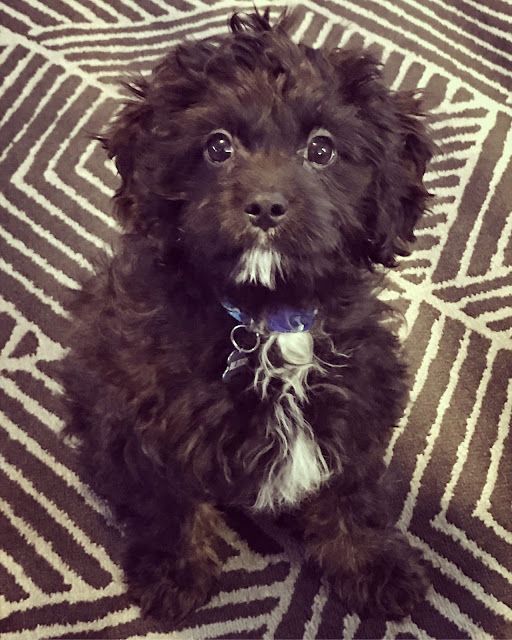 When I bought my house two years ago one of the first things I noticed about it was that the seller was, shall we say, a bit generous with a