Before you read about today's drama, let me remind you SINCE YOU ALREADY FORGOT HOW COULD YOU that Strangerville Live is somehow already next. freaking. week.

I don't know where the time goes. Probably the same place all of Duncan's toys are going. If I ever find that place I'm going to get a lot of my chewed up socks back.
The point is, you should get your tickets for our September 8 show right now if you haven't done so already. It's going to be so much fun.
Voice: It IS a lot of fun! I've been there and I loved it!
Eli: Thanks, whoever said that!
You guys: Um, Eli, that sounded like your voice.
Eli: No, that came from over there.
You guys: No. It came from your mouth. You didn't even try to make it look like you weren't talking. Your mouth was moving the whole time. You would make a terrible ventriloquist.

Eli: Well this is a blog and not a face-to-face conversation so actually you guys can't even see me so your entire argument is invalid. Ha HA. Game, set, match!
You guys: Twice up the barrel, once down the side.
Eli: Dammit.
So, I don't know what all of that was.  But hopefully it confused you enough to click on the below and just hurry and get your tickets right now. I'll wait.

In other news, I finished putting my new floor in. And by "finished putting my new floor in," I mean put boards down until I ran out of space and now Matt needs to come spend eleventy hours fixing everything and putting in something the kids are calling "the shoe molding."
After Adam (crosses self twenty times) spent an entire long day helping me get a good chunk of the floor done last weekend, I knew that I could never call him again for as long as I live and ask him so much as "how are you" because I have permanently used up all of his good graces. So I sent Matt a series of manipulative texts until he showed up on Thursday evening.
I've mentioned before that the way I get Matt to do things is I text him as though he has already agreed to do the thing that I want him to do and then just hope that he falls for it. So on Wednesday I sent him something along the lines of "when you come to do my floors tomorrow, would you mind bringing your tools?"
Matt probably would have come last weekend too but his parents were in town and his parents are from very Mississippi, which is different than just being from Mississippi. When you're from very Mississippi, every word you say is a sound that no human mouth has ever made before. Also, each word is eleventy syllables longer than the dictionary says it is. Matt's dad started saying hi to me 8 days ago and he still hasn't finished the word.
Also, when Matt talks to any of his family members he starts speaking a language I didn't know people were even capable of knowing. He always has a southern accent. Especially when he's yelling at me about customer service experiences or children or "back in my day" but once he starts talking to his family members I realize that the accent he uses with me is actually the Queen's English compared to the drawl with which he addresses his own flesh and blood. When I was at his house last week I heard him engage in a conversation with his dad that lasted about 45 seconds and I understood exactly four words of it. Or at least I think I understood them. They were "jambalaya," "gumbo," "Forrest," and "Gump."
Matt arrived ten minutes before he said he was going to on Thursday (or, as Matt would call it, "exceptionally late"). We worked for the next four hours and got the part of my bedroom done that required the most precision and skill. I will forever be grateful for that incredibly talented southern man whose competence is priceless at my house.
I got ready to send him a manipulative text on Friday to get him to come back and finish the job but just before I hit send I stopped and I said to myself I said "Eli. You are a grown up who has successfully completed tasks. You have been trained by two of the best in the business. You can probably finish the floor by yourself. And your hair doesn't belong with those rich people from Indiana Jones and the Last Crusade because it belongs in a museum."
So I left the office early, went home, and spent the rest of the day using power tools that should be illegal for me to use.
The Perfects have been out in their yard for the last couple of weeks working on some impossible outdoor project replacing boards near their roof line. Every time I walk outside to use Matt's table saw, I stop and have the most cliche conversation of my life with them, wherein all of the following phrases are used:
1. Another day another dollar, heh heh.
2. These things sure are a money pit, heh heh.
3. When you're done with your place you can get started on mine, heh heh.
4. I sure wish these things came with an instruction manual, heh heh.
The point is every sentence ends with the white dad at a 90s barbecue laugh.
By the end of the day Friday I had successfully completed the job and dagnabbit, I'm super proud of myself.
Here's a picture of the bedroom and I know it looks warped and funny but it's because it's a panoramic picture because I was trying to get as much of the room in as I could and it was very difficult AND THIS ISN'T A PHOTOGRAPHY BLOG OK?!

And, look. I know. One time I posted a picture of my bedroom when I first moved into the house and the bed was up against a window and all of you were like "YOU CAN'T PUT YOUR BED AGAINST A WINDOW SATAN WILL EAT YOU" and so I moved it away from the window because I'm quite afraid of Satan (don't tell him I said that because he thinks I'm apathetic currently) but this is the only way I can arrange the room and not have it feel like a closet SO SUE ME.
Also, you may recall from last week that the whole reason why I suddenly did all of the flooring was because I ordered a desk so I could finally turn that one room that leads to the above room into an office. Well I was able to pick that desk up on Saturday and I love it with every fiber of my being.

That lamp used to be in my office at the law firm but I brought it home over the weekend. The desk is made out of old telephone poles from New Mexico.

Progress!
~It Just Gets Stranger 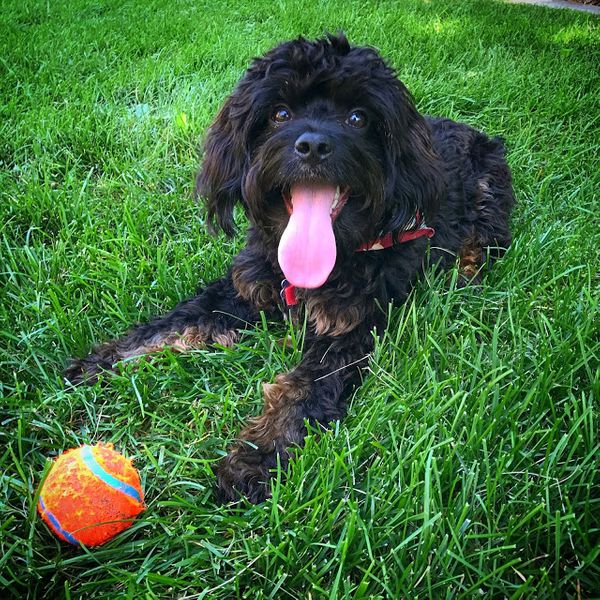 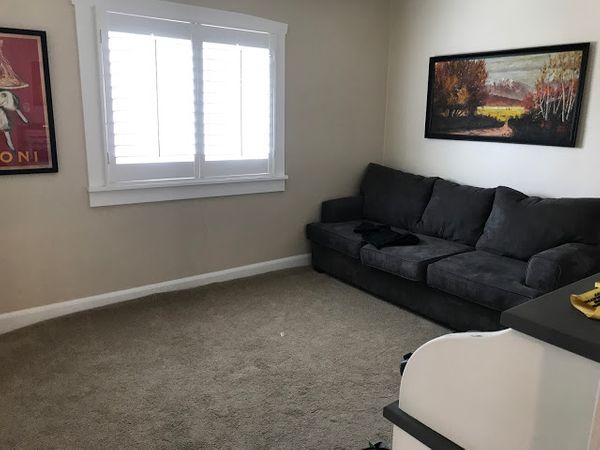