It was Thursday morning and I was very late for work. Or as Brianne would call it, "having a typical morning."

Brianne decided some time ago that I never go to work. This is based on the two or three times in the last year that she has stopped by my office to see me and I wasn't there. Now occasionally when she sees me around 4:00 in the afternoon her usual greeting is "did you just get here?"

She also thinks that I don't dress appropriately for the office, a sentiment apparently shared by a colleague named Ryan who upon seeing this picture posted on Instagram recently

wherein I explained that I had just picked Duncan up from his haircut, Ryan commented that I dress better for Duncan's haircuts than I do for work.

The point is, I am an abuse victim in the office.

And the other point is that I was running very late for work on Thursday when I suddenly heard violent shouting coming from outside.

I've been having nightmares pretty much every night for two months and I don't know why and I certainly don't deserve it because I'm a pretty good person and I don't watch violent media. These nightmares have included

- Getting married to someone I didn't know

- Falling into the Grand Canyon

As you can see from the "Etc." there are a lot more examples of nightmares.

But the most vivid one occurred last week wherein Salt Lake City had a 10.0 earthquake while I was out of town and when I drove back into the city I saw entire buildings collapsing upon themselves and I had to spend the rest of the nightmare digging through the wreckage to find my family and friends in my city that was ultimately completely and utterly destroyed.

That one hasn't quite left me yet and as a result I've been googling earthquake preparedness tips for the last 7 days.

So with that amped-up anxiety, the shouting that I heard on Thursday morning when I was late for work, and not dressed nearly as well as when I pick up Duncan from his haircuts, gave me a mild panic attack.

It did the same for Duncan who flipped out and immediately pulled out of himself a bark that he was saving for just such an occasion. A bark that was so loud that my house is now technically considered a crime scene.

I tried, in vain, to get Duncan to shut up so I could investigate the source of the shouting. And then I found it.

A man dressed in a long wizard's cape, carrying a tall staff topped with feathers from a variety of exotic birds, was marching down the center of my quiet Salt Lake City street on a Thursday morning at 10:00 I ALREADY TOLD YOU I WAS RUNNING LATE STOP JUDGING ME.

He was dressed mostly in what looked like wool blankets. He had a long messy beard and his hair hung a third of the way down his back. He was wearing black boots that extended nearly to the knee. Boots that looked like they were probably once pretty shiny.

His staff slammed on the ground with every other large step he took.

And he was shouting. No, he was screaming, as he marched down the center of the otherwise quiet street.

Most of what he was screaming I can't type here because this website has a super draconian and fascist censorship policy so it would probably get deleted along with every single one of your comments that doesn't directly praise me. Suffice it to say, he apparently wanted to do something very inappropriate with "the police."

"I'M GOING TO MURDER EVERY PERSON WHO LIVES ON THIS STREET!"

So, I don't know how the world is supposed to end, but this exact scene is one of my theories to a freaking T. So as soon as I heard that part I was all like "NOPE." And then I freaking called 911.

The 911 operator woman wanted to know what my emergency was, which is a question that shouldn't surprise me considering the number of times I've called 911 in my life, but every single time they ask me that I have a mini crisis of conscience where I'm like "is this actually an emergency?"

I decided that evil Gandalf stating that he was going to murder me and The Perfects and Lynne and Duncan was probably emergency enough and so I began to describe the scene.

So, for my job I speak with law enforcement and other authorities about really depressing child abuse matters every single day. As a result, I've become pretty accustomed to calmly and efficiently having very intense conversations with people who are supposed to help stop bad things.

And so the words just began to flow out of my mouth. And I could tell that the 911 woman was at least mildly relieved that she was talking to someone who could pretty quickly paint the scene with very few words, and do it without a lot of screaming because I imagine that most calls that go to 911 just sound like this: "AAAAAAAAHHHHH MURDER AHHHHHHHHHHHHHH MY BABY AHHHHHHHH HE'S IN THE HOUSE AAAAAHHHHH CATS EVERYWHERE!!!"

That assumption is based entirely on every single time they ever play a 911 call on news reports on tv.

But as I was explaining what was happening and quoting the things Scary Gandalf was saying, using words that Cathie better never hear me say in any context whatsoever, I suddenly realized that I was not at work and my mind went into this weird hyper-drive mode wherein I started profusely apologizing to this woman for saying words that one should never say over the phone while talking to a lady.

She cut me off at some point and told me that actually she appreciated that I didn't sugar-coat the story because a lot of people "around here" (read: "in Mormon land") have a difficult time talking clinically about impolite topics, at which point I actually said the words "oh, I do child abuse all day so I'm used to this" and then I had to try to back-track a bit to help her understand that although I have on at least one occasion offered to help internet moms slap their children in the grocery store, I don't actually do child abuse, but instead I do boring law stuff when other people do child abuse.

By the time we got off the phone I was so flustered that I just got into my car and drove to work so Brianne could walk by and make that "tsk tsk" sound without any other comment.

It was around this time that I realized that the 911 woman had said "we'll send an officer to your house," which was not a good idea since I wasn't even home anymore and since Scary Gandalf was already halfway to Reno by the time we even got off the phone.

The amount of anxiety I felt from imagining The Perfects looking out of their windows to watch a police officer pound on my unanswered door in the middle of a Thursday caused at least four more earthquake dreams.

When I told friends about this later a couple of them commented that I call 911 an abnormal amount of times for a non-crazy functioning grownup so I started taking a poll and I found out that several of my friends have never called 911 in their whole lives, which sounds crazy to me.

How many times have you called 911? Any good stories out there?

I want to write but my mind is frozen. This is partly because it is negative eleventy degrees today in Salt Lake City. And, I know. Some of you live in Michigan or Wisconsin or Siberia or wherever and I shouldn't complain about our 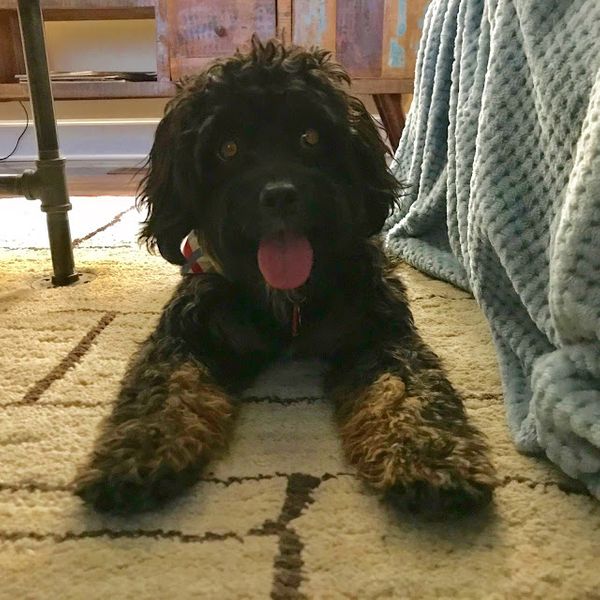 Every single December I have the exact same interaction with Brianne. I hand her an envelope with her name on it and tell her that I picked out something really