Don't remember where you put the last one? That's ok. Just grab another the next time you're in the checkout line at the grocery store.

Keep one in your car. One at your desk. Send a couple through the washing machine in a dirty pair of pants.

The problems with this habit, though, are obvious.

State-issued IDs are not chapstick.

They are supremely more inconvenient to collect. And the more you have, the more likely your identity will be stolen.

Since I met Skylar in 2015, I have seen him lose at least 4 driver's licenses. That's one a year, y'all. And you know I don't even say that.


Skylar disputed the number the other day when I screamed it at him after his most recent disclosure, which I'll get to in a minute. He told me that actually several of those IDs were not really lost because he totally found them later. After he got a replacement ID.

I told him that he was proving my point, but when I said that he just screamed "EXACTLY!" which is Skylar's incredibly obnoxious way of trying to end an argument so it appears as though he won.

In the last few years he has lived in Washington, Oregon, Wisconsin, Massachusetts, and Utah. He has also basically been living in California for the past two years because he spends most of his time there for work.

What this means is he is well on his way to collecting a state-issued ID in all 50 states. This is because every time he moves to a new place he loses his most recent ID, gets a new one, and then finds the old one. He has so many IDs right now that if you rifled through his stuff and you didn't know any better, you might think he's an international spy.

Skylar: Promise you won't leave me after I tell you something?

Eli: I make that promise to no one.

Skylar: Please just promise that you won't freak out and you'll stay with me forever.

Eli: Hard pass. What did you do?

Skylar: I lost my wallet--

Eli: You have until the end of the week to move your stuff out of my house.

Skylar: YOU PROMISED YOU WOULDN'T LEAVE ME.

Eli: I did not promise that. I affirmatively refused to make that promise, in fact.

Even if he can't smile like a normal person for pictures.

This time in Strangerville, some general bickering, plus a few cringe-worthy memories of taking a joke too far. Please also enjoy a recording of a childhood story told live on the Strangerville Live stage. Story Rabbit Poem, by Whitney Call Produced by Eli McCann 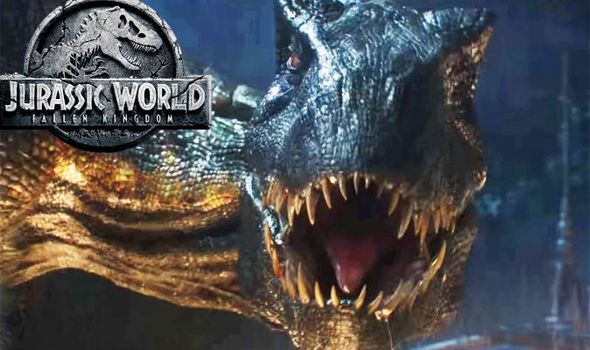 Last week Meg told me there was a new Jurassic World movie out, and then she threatened me to see it with her. This is an activity that makes sense