Skylar and I have a term to describe someone who is behaving incompetently in the moment. We call them "mall people." But with a strong emphasis on the word "malllll."

When someone in front of us sits through a green turn signal,

When a person leaves their grocery cart in the middle of an aisle in such a way that no one can get through,

When we go hiking and an entire family has gone off trail despite the signs asking people to stay on the trail because going off trail in that particular spot is bad for the vegetation and animals who are trying to thrive in that area and that family is eating a family-sized bag of Cheetos and dropping half of them onto the ground and they're screaming to each other about how hot it is and one of the kids is throwing rocks at a landmark that took millions of years to form,


And to be clear, we sometimes admit that we ourselves are mall people. Recently I accidentally leaned up against a panel in an elevator and pressed four buttons so everyone in the elevator got delayed because we had to stop at four unnecessary floors and I was bright red the whole time and thinking "why do I have to be such a mall person right now?"

But even knowing that I'm as much of an idiot as most people does not stop me from irrationally calling them my personalized insult whenever they do something to delay me.

The phrase came about shortly after I started working at my current place of employment several years ago. My office building sits on top of a mall in Salt Lake City and the people who work in this building share the below-ground very large parking garage with the mall patrons.

The problem with this arrangement is that we, the people of the office building, are very used to recklessly zipping through the parking garage, negotiating the kiosks with our fancy cards, and exiting back out into polite society, because we do this every day.

But the mall people do not.

So what ends up happening is I pull up behind a long line of cars at the end of an even longer work day, just wanting to get myself the hell home, while an entire row of minivans takes turns pressing the "call help" button on the kiosk so they can scream at whoever answers "THE ARM THINGY WON'T GO UP AND LET ME OUT."

This legit often delays me 15 to 20 minutes. And I'm not even talking about the days when the confusion gets so bad that the parking garage has to send someone from corporate to actually physically walk all the way to the kiosk from Zeus knows where to demonstrate for the line of minivans (DON'T @ ME) how to insert a ticket into the part of the kiosk that ambiguously says "INSERT TICKET HERE" so they can get the "ARM THINGY" to go up and let them out onto the road where they can sit through several green turn signals.

Skylar always knows to brace himself for general crankiness when he receives a text from me after I've left the office that just says "MALL PEOPLE!!!"

Last week I set my items in a grocery cart at a supermarket down the street from where I live. I turned around to look for something else on a shelf and when I turned back to the cart again I saw that it was being pushed away by a mom and her two small children who were now holding onto the sides.

I had been shopping in this aisle next to this mom and kids for the last several minutes, decidedly not being annoyed by the toddler who was rolling cans of green beans across the floor as people stepped over them.

When I saw the mom running away with my unpurchased items I nearly forfeited them. I hadn't been shopping that long anyway and starting over seemed easier than chasing her down.  But for some reason I went after her.

I told her that she had the wrong cart. She looked down and disagreed, telling me that this was hers.

I pointed out the canned this or that that I had placed in there. She rolled her cart back up the aisle to the spot where she had stolen it from me, and that's where we found another cart, hers, I assumed.

She looked in there and noted that some of the stuff in that second cart was hers, but some of it wasn't. I surveyed the supplies myself and came to a similar conclusion.

After a full investigation we realized that for at least several minutes each of us had been placing goods into both of the carts, and it was no longer very clear whose was whose.

We laughed, each selecting a cart, and organizing our things into the ones we had claimed.

After a minute of this, I looked up to see a man standing with his own cart, waiting to be let through. We parted, and as we did he tripped over a can of green beans and in the process knocked a loaf bread that was on a shelf at shoulder level to the ground, one that someone had clearly put back in the wrong aisle.

The man looked irritated at the chaos and didn't turn around to pick up the bread. The woman did so, while I collected the cans of green beans.

As we went our separate ways, me, the cart thief, the man who doesn't pick up after himself, and somewhere out there, the person who puts items back onto the wrong shelf, I could almost feel all of us thinking the exact same thing.

By the way, don't forget to get your tickets to our September 14 show. You can find them at this link.

This time in Strangerville, Skylar makes things realllll awkward with his family. Also, Meg shares with us the MIRACLE OF LIFE. Story Anesthesia, by Skylar Westerdahl Production by Eli McCann & Meg Walter http://traffic.libsyn.com/strangerville/Episode_50_Anesthesia_2.mp3 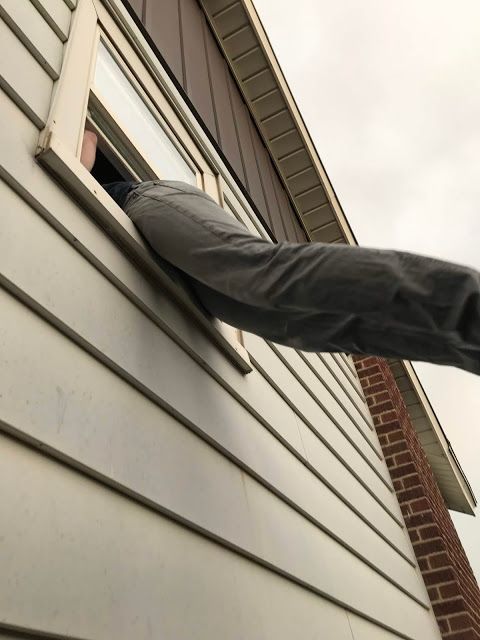 Skylar called me just as I was leaving the office the other day to very suspiciously ask me when I was going to be home. It was suspicious to me,