I sit at my desk at home on this snowy Sunday in Salt Lake City. Two dogs are wrestling at my feet, occasionally humping one another even though both are neutered. Apparently we have perverted pets. Skylar has just made a mess of my kitchen attempting to cook pancakes. And it's time to pen a year-end post.

I started this tradition in 2010. Nearly none of you were around then. I mean, around Stranger. I'm sure some of you were alive by that time. In 2010 I wrote to an audience of about five. In fact, in that year-end post, I wrote that during that year "I blogged and wondered how many people were actually reading."

There have been so many dramatic changes in my life and in yours since I quietly wrote those words eight years ago.

One of my favorite things about this tradition, and the biggest reason why it brings value to me, is that it gives me a chance to share a layered list of memories I want to keep--layered, because the words have dual meanings--some for you to understand, and some just for me. Every list I make includes some coded language to help me think about, years later, memories that I want to keep, but not fully share.

This makes reading these old posts a really nostalgic and sometimes sad experience for me. Take 2010's post, for example, which I read again just now.

I included a line about something I had done that year: "I watched Breakfast at Tiffany's and thought it was sad."

I wrote those words because I wanted to remember that 2010 was the year I devastatingly and finally accepted that I was not going to be able to live the life I always thought I would have.

I was in my second year of law school at the time, living in Provo Utah, and attending BYU. There was a young woman in my apartment complex. She was a remarkably wonderful person.

Over the years, I had very clumsily tried to date women, sure for about 100 reasons, most of those religious, that I could figure out a way to make that kind of relationship work, even though I knew I was gay. None of these relationships went very far, and none were serious. But I hurt some feelings along the way as I quickly lost interest time and time again. It has taken some concerted effort to forgive myself for that.

I had told myself that maybe I just needed to find someone who was perfect for me, and then it would click. I was losing interest so rapidly only because those matches weren't right, I thought, and eventually I would meet a young woman who was a right match.

Then I met Alicia in 2010, that remarkably wonderful person.

Her personality was completely compatible with mine. I thought the world of her. She was driven, and smart, and funny, and artistic, and kind. She was as beautiful as anyone I knew. I was really surprised that she was interested in me, frankly.

We started dating. And the exact same cycle that always happened took over. I would lie in bed at night, sick with terror about the relationship. I found myself looking for excuses to try to get out of it as quickly as possible. Normally I would have just ended it and tried to move on. But it was different this time.

"I will be alone, without hope, forever."

I actually thought that. I would be a pariah in my church community for the rest of my life. I couldn't ever marry a woman, and if anyone found out why, I would be pitied and probably judged. And if I ever pursued a relationship with a man, (which would be out of the question for another year and a half), I would be wholly condemned.

Alicia invited me over to her apartment one evening to watch Breakfast at Tiffany's with her. I had never seen it, and we both liked old movies, so she insisted we put it on. This would be our last date, although I didn't know that when I heavily walked to her place.

I spent the entire movie trying to stave off a panic attack. By the time it was ending, my eyes were red and I was choking back tears.

"Why are you crying?" she asked me.

I needed to remember that experience when I wrote 2010's review. That and much more.

I told you that story just now because I want you to really understand how beautiful 2018 has been for me, and why that matters so much.

I had decided that 2018 would be The Year of New for me. I wanted to start a whole new life this year. I wanted to make decisions this year that would be impactful enough that when I looked back later, I would remember 2018 as the year when everything changed. I wanted that, largely because of how broken I was by the end of 2010, and how hard I had to work over the next seven years to learn what it really means to be brave.

It worked. And I'm really proud of that.

In 2018, I watched Breakfast at Tiffany's with Skylar and thought it was beautiful.

I cleaned an old bike. I got robbed in San Francisco. I rode in the back of a limo through some vineyards. I got rained on during a tree-lighting ceremony. I haggled with a Ukrainian hostel. I DECIDED TO BE GAY on the internet. I got engaged. I got shingles. I saw The Last Supper and thought it was huge. I tried to bake cakes and failed miserably. I lost in court and then cried. I spent a lot of time in a recording studio. I cried with a congressional candidate. I went on a ghost tour. I spilled a stranger's drink on a pool table. I watched the sun rise at Delicate Arch. I went to a white coat ceremony. I was nostalgic at someone's high school reunion. I filed a petition with the U.S. Supreme Court. I helped start a pop culture podcast. I cried with a homeless man over someone we both loved. I tied my best time in a half Ironman. I walked through Central Park in the dark. I bought a painting in New Orleans. I got trapped in a warehouse in the middle of the night. I donated money to a political campaign. I played fetch with a little black dog.

It is never too late to change your life and find happiness.

I love you all, and hope, as always, that 2019 just gets stranger for every single one of you.

(Find resources for support through BetterHelp.)

As you know, because you all did your 10.5 years of assigned reading on Stranger, every January I pick a new theme for myself. I do this rather than 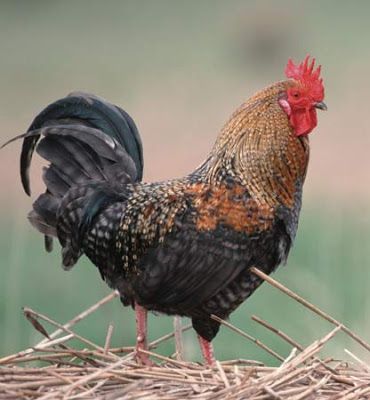 It's time for one of my favorite Stranger traditions! MAKING A LIST OF ALL OF THE THINGS YOU LOVE ABOUT ME. But for real. 2018 has been an amazing year