There was a man at the Harmon's grocery store down the street from me who LOST HIS MIND over carrots last Sunday.

I was at the store to buy an entire shopping cart full of vegetables so I could feed them into a juicer because I'm juicing now. I started in January. My friend Corey sent me a juicer for Christmas. Now I buy jumbo bags of carrots and then drink them and have regular diarrhea and stuff so I feel great.

I actually have lost about 15 pounds since the beginning of the year. I assume that some of it is the juicing. The other part is that I've been running a lot more because there are eleventy million murder podcasts available currently and I want to listen to them and for some reason I can only get myself to listen to podcasts when I'm running.

The point is, I was buying carrots last Sunday because apparently I don't even care about the Bible anymore, and that's when I saw a man LOSE HIS MIND.

Harmon's is one of the nicer grocery stores in my neighborhood. Historically, I avoided the place because it feels elitist since their produce is slightly more expensive and substantially less rotting than the other grocery store I had been patronizing for several years. When Skylar moved to Salt Lake City, he would only shop at Harmon's or Whole Foods because he's a hippie socialist snob who gets pregnant sometimes just so he can get an abortion.


The division our grocery store choices created in our home gave us our own micro class system. And I resented how resistant he was to go to my grocery store just because some of the products I have bought there are a little expired and substantially moldy.

"That would have been 20 cents cheaper if you had gone to other store, Princess Kate," I've told him on occasion as he has unpacked fruits and vegetables they only grow Utopian fiction novels.

I thought the battle would rage on eternally, until I started juicing. That's when I began shopping at Harmon's.

I had to admit that it was nice to buy a bag of carrots that are crunchy and the color of carrots.

Of course, I couldn't let him know that I had gone over to his pretentious side because that might make him happy and I don't want him to experience happiness ever because that's what it means to be in a relationship. So I started sneaking to Harmon's and then telling him that I had picked up my purchases at my usual stomping ground.

He didn't buy it, mostly because the bags and receipt said "Harmon's" on them. But he tended not to call me out on it because like most battles I wage with Skylar, this one is one-sided and he is totally unaware of it. That might sound sad to you, but joke's on him because it means that I always win.

As I walked over to the produce section last Sunday and filled my cart with jumbo bags of carrots, I was approached by an employee of Harmon's. He looked like one of the produce people who restocks the area. Just as I started walking away, he picked up two bags of baby carrots, threw them to the ground, and screamed a certain cuss word my momma better never find out I know.

Obviously I stopped and pretended to be interested in something pretty close to the area, partly because I wanted to know if he was mad at me, but also because growing up in the McCann family taught me that you should always follow the drama in grocery stores. The conversations between the people in front of us at checkout lines were our favorite daytime soap operas in the early 90s.

Another Harmon's employee approached the man who wanted something very inappropriate to happen to the carrots according to what he had yelled when he threw them. The angry man started screaming at the other employee. I couldn't make out much of what he was saying, but I caught several more artistically-spat profanities and something about the carrots having been stacked incorrectly.

I was beaming from ear to ear as I finished my shopping trip, preparing my monologue for Skylar about the disintegration of this holy institution, when a woman named Melody started ringing up my items.

The nametags the employees at Harmon's wear all say the person's first name and then "___ years of serving you!" The blank is filled in with the number of years the person has worked at Harmon's, I assume. I'm not sure why they have this practice, other than to highlight inexperience or life ruts, but I always find it interesting.

Melody, per her tag, has been with the company for 30 years. I don't know what it says about me and how I view every job I've had in my life, but I immediately assumed that she would be grumpy. To my surprise, she greeted me with a song that incorporated every item that I had purchased. She sang my items as she ran them through her scanner, snapping her free finger to the beat of her tune. The last line in her performance proffered a guess that I was heading home to make a "hearty soup," which was wrong, but I let her have it because it rhymed with "scoop" which was how she ended the penultimate line and you know how much I respect the craft.

As I walked out to the car, my bags of organic produce in each hand, I couldn't help but wonder if the angry carrot man and Melody were pretty much a perfect metaphor for my life with Skylar.

And now, please enjoy another new story from Strangerville Live.

This time in Strangerville, Meg laments her relationship with the recycling gestapo, Eli talks conversion therapy, and Shireen Ghorbanni takes the Strangerville Live stage to tell a story about canvassing for Congress in a small Utah town.StoryCanvassing, by Shireen GhorbanniProduction by Eli McCann & Meg Walter 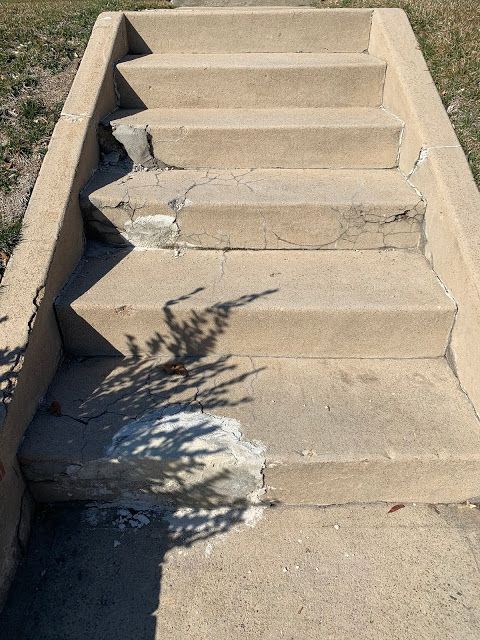 The steps leading up to my house are what we in the business call "a mess." I'm not sure what business we have or why we have it, but the