Hola--Before we get to today's story, please enjoy Part 2 of our series on cringeworthy classic Mormon movies. This week we look at films about family. Isn't it about . . . time.

*****
Like anyone who is paying attention, school shootings stress me out and make me sad. There's nothing funny about them. The fact that we have to worry about them and that they regularly happen is insane.

My friend Nancy texted me the other day about a thing she accidentally did and I canNOT stop laughing.

I know I shouldn't laugh. Because school shootings aren't funny. But this is funny. And if you don't think it is, leave this site right now and go scream on Woke Twitter. Don't scream at me here. I'm apparently the kind of person who laughs at things that shouldn't be funny so if you get mad at me, I'm just going to laugh at you and then my mom will be disappointed in me and I can't deal with that right now.

I urge you to take off your serious hats for just a couple of minutes and enjoy this for what it is. We can all yell at each other about school shootings later. Right now, this is just really funny.

Nancy is a mom. She has several teenage boys. She's delightful. And crazy.

She reminds me a lot of my own mother in the 90s for reasons I'll get to in a second.

Apparently Nancy has been really stressed about school shootings lately. That's not a big surprise. Nancy is kind of a stress case. I think this is why she and I get along so well. Nancy, my mother, and I are all crazy in pretty much the exact same ways.

Nancy is especially stressed about school shootings because she has several teenagers who spend their days in schools. And so recently she consulted a friend of hers who had some advice about what kids are supposed to do if there is a shooter in the school. Being the responsible stress-case mom that she is, she sat her kids down to talk with them about what to do if ever the unthinkable were to happen.

The only problem, one of her kids wasn't there for the family meeting. It was her 14-year-old son, Caleb. So she figured she would have a makeup session with him later and pass on this crucial information.

Well, Nancy forgot to loop Caleb into the family PSA. She was having kind of a chaotic week. She was in that mom state a lot of you know where her brain was trying to several things simultaneously one morning after the kids left for school when it occurred to her that she still hadn't told Caleb about the school shooter stuff, so she thought she'd just text it to him before she forgot.

But it really is so funny.

As her frantic-sounding and distracted instructional texts poured in, Caleb apparently misread the first one and thought his mom was trying to tell him that there was a current active school shooter and he needed to run. He read the first word of the first text, skipping over the word "if."

I was in my office when I got these screenshots and Nancy's frantic explanatory texts about what had happened and I had to shut the door because I was laughing so hard. This is largely because I 100% could have seen my mother do something like this in the 90s. We weren't really talking about school shootings and we didn't have cellphones back then, but I received several lectures about what to do if caught in a gang fight (in South Jordan Utah) when I was 14. When Nancy sent these, I kept thinking OMG she's my mother.

Over the next several days after Nancy texted me this, it just kept getting funnier and funnier to me.

Apparently Nancy wasn't going to tell anyone about this, but when her husband got home she felt like she should show him the text exchange.

Nancy said Caleb was upset with her for a day or two, but after the shock of thinking his life was in danger wore off, he thinks it's all really funny and he even gave me permission to write about it.
Caleb, my man, take it from me: it's totally worth having an eccentric mother who loves you. You'll get mileage out of all the stories some day. 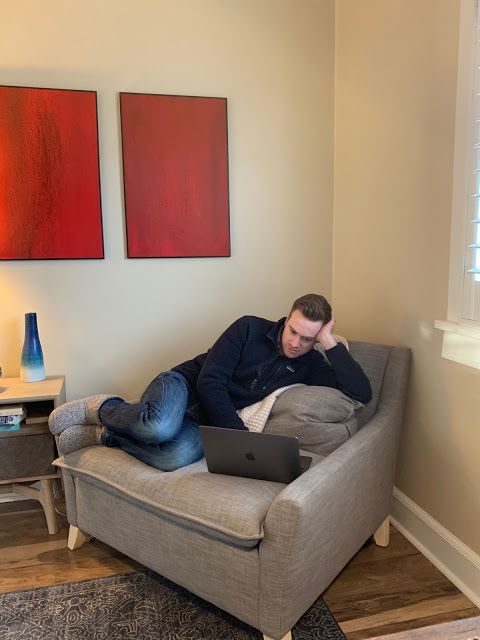 Skylar: Do you want to watch Game of Thrones with me? Eli: I'd rather be eaten by warlocks. Skylar: Joke's on you because there aren't warlocks in the show. Eli:

This time in Strangerville, Meg is a gay man on paper, and we continue our four-part series on cringeworthy classic Mormon films with some stories about family. Isn’t it about . . . time? Segment Mormon Films, Part 2, Family, by Eli McCann Production by Eli