So I absorbed myself in dozens of hobbies and I signed up for everything. In high school I ran cross country and track & field, I sang (badly) in the school choir, I went to every school activity, and I packed my life with social events--as many as I could find.

In college I took a full class load and worked sometimes as many as three jobs at once. "I like being busy," I would tell people when they asked me how I had the energy to do everything I was doing.

The truth was I didn't like being that busy. I didn't like having a plate so full of tasks, many I didn't really enjoy doing, that I constantly felt overwhelmed. I didn't like not sleeping. It was stressful. But I was terrified of the alternative.

I would watch my friends guard their free time and I would feel jealous of them. Then I'd watch them get married and slip away. So I would make myself even busier, busy enough that I wouldn't have time to think about what my future looked like.

It got worse in law school. I was getting older, and the terror was getting more challenging to keep at bay. Life was trying very hard to confront me and I had to swamp myself with more and more distractions to shield me from reality. The reality that before long, I would need to face the fact that I wasn't a 20-something anymore living in a college town, working on a degree, and mostly avoiding the rest of adulthood.

I signed up for everything available to a law student, and I studied constantly. By my third year of law school, I was taking a full course load, editing two different law journals, I was a board member and on a traveling team for two different mock litigation groups, I was a TA for two classes, co-writing a series of articles with a professor, taking the bus to Salt Lake City twice a week to work part time at the Attorney General's office, and studying every possible second. I used to bring notecards into the shower with me. I got good grades. I made great friends.

And I was terrified.

I had classmates at the time who thought I had lost my mind. "How are you going to make time for that?" I remember them saying whenever I took on some new task.

Looking back, I know I was acting like a crazy person. It was unhealthy. It was destructive in its own special way.

Then I graduated law school and everything suddenly changed.

I took a job clerking for an appellate judge. It was quiet, 9 to 5 work. Most days I sat in a small window-less office by myself reading briefs and case law and writing.

And then I would go home to my quiet apartment in this city where I had no friends. I would start panicking. I would hyperventilate. Nearly three decades of avoidance were abruptly coming to a head. For years I had made sure I never had time on my hands. Now all I had was time on my hands.

I signed up to do an Ironman. I didn’t have a bike and I couldn’t swim, but it was the most intense thing I could think to take on. That could keep me busy, and if I stayed busy, maybe I could hold onto my sanity.

But it didn't really work this time. It was like I had been hanging onto a bar my entire life and my fingers were finally starting to slip. It was like there was nothing I could do to stop my fingers from slipping.

I would train. I would go on long training runs or bike rides or swims in a pool and I would try to do everything I could to think about anything other than “what am I going to do?”

I was totally and completely alone in this. Truly, no one knew. No one knew that I had found a spot outside just behind the courthouse to go hide when I was having panic attacks every single day. No one knew I was waking up most nights in desperate and uncontrollable tears. No one knew I was deeply convinced I would never experience happiness again in my life.

So I didn't talk about it. With anyone. I put on a happy face at the office. I smiled at church. I wrote a blog post about a wrong number text exchange where I tried to convince a stranger to buy a Snuggie. And everyone thought I was fine, because I was laughing.

It was getting harder to maintain the happy face. My grip kept slipping. And I think I knew deep down everything was going to have to come to the surface eventually. That terrified me even more. "What if I can't keep holding this in and people find out?" The thought was bubbling up, and I needed to find a new escape.

So I moved to another country. A small island in the middle of the Pacific Ocean, thousands of miles away from my friends and family. They wouldn't be able to see me there. They wouldn't see me completely lose my grip. And if they couldn't see it, it would be like it never happened.

The next year was harder than any other year had ever been for me.

I had panic attacks in my office. I would lie on the floor and cry and try to catch my breath.

That's nonsense, of course. You can't even be brave without being scared first. No one ever needed courage to do something comfortable. Bravery is staring down terror and not letting it defeat you. Bravery is understanding a good thing is hard to do, and then doing it anyway. Bravery is admitting you're afraid while persevering.

For years I thought I was being brave by bottling up my fears.

That the people I implicitly admire the most are the ones who love themselves.

That true self love requires honesty. And that it's impossible to be honest while hiding.

To hide is to deceive.

To deceive is to cower from truth.

I moved back to the United States. I reconnected with friends and family. I started telling them. It was the bravest thing I have ever done.

When I came out to my parents one of the first things my mother said to me was, "can you breathe now and stop taking on so much?"

I felt very seen, and frankly surprised that someone else had so perfectly recognized what had always been a coping mechanism for me.

But despite that acknowledgment from my mother, one of the most surprising things about telling people my story over the next few years was learning how well I had hid. My friends and family were shocked and sad to learn how much I had hurt. They worried they had failed me somehow. One of the most common responses I got from people was some variation of "if I ever said anything that caused you pain . . ." or "I hope I never did anything to make you feel worse."

I've had a lot of opportunities to reassure people that I count them among those I love because of the things they have said and done, and that it wasn't their responsibility to read my closed-off mind. But I certainly understand the tendency to wonder if they could have been better.

It is so easy to be dismissive, or to spew vile online, or to roll your eyes at someone's life, but we so often really don't know what the people around us are going through. During my darkest period I think most people who knew me would have described me as a pretty happy and upbeat person. They had no idea I was actually in free fall.

I wonder all the time how many people around me are silently struggling in a way that would surprise me if I found out. I wonder how many burdens I can help lift by just being a little more kind and patient. By using the internet to uplift rather than fight. By taking the time to care about someone. By treating everyone like they might have just come back from their hiding spot behind a courthouse where they suffered a panic attack.

So, I don't know. Hug your friends today. Tell the crabby neighbor you like her flowers. Be kind to the customer service representative whose voice is shaking from nerves. Tell a joke to the stranger on the elevator.

I can tell you from personal experience what miracles you can perform from just being a little more human to someone who is secretly struggling to be one at all. By making a habit out of lifting up and not tearing down.

By looking at someone who needs to be seen. 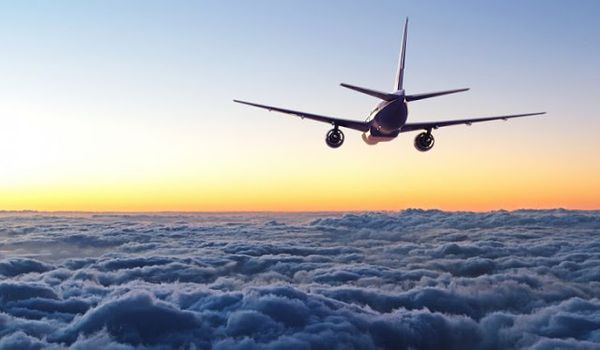 I don't travel well. Truly. I'm talking about the actual act of traveling. Not being in a different place. I like that part, mostly. Depending on the place. And how 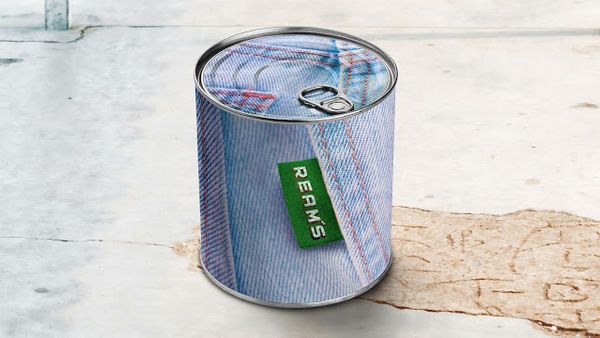 Eventually I moved away from my parents' home. I grew up and changed. My parents changed. You changed. Everyone changed. Except for REAMS. REAMS stayed exactly the same.