We drove to a little farm yesterday morning to buy crap to put in jars and leave on our shelves to rot. Canning truly is one of my favorite annual traditions; I wish eating what we can was a close second.

Neverthenotwithstanding, we gathered supplies for dill pickles (don't worry--recipe full of irrelevant information about my marriage to come). The farm we visited is across the valley from where we live, nestled in a bustling Salt Lake City suburb. Traffic was heavy for a Saturday morning during a pandemic, which we especially noticed on one four-lane road that had been narrowed to two lanes because of an incredible amount of road construction.

There we sat, nearly at a crawl, in a long line of cars stretching nearly a mile. We had been stopped for a while--unknown reasons--when finally we saw that the cars up ahead started moving. Well, the cars ahead, besides the one directly in front of us.

I'm not a honker. It's not a natural reaction for me. I don't really understand people who seem to do it almost subconsciously. On the rare occasion in which I do honk my horn, it's always woefully delayed because it takes me so long to realize this is a thing I can do, this is a thing I should do, and then try to remember the mechanics of horn honking. Then I don't press it hard enough the first time to actually make a noise because I don't have enough recent muscle memory to know the needed strength. By the time the sound comes out probably nobody has any idea what I might be honking about because the offense has long-since passed.

So I didn't honk at this person who wasn't moving, and I'm glad that I didn't because the driver then got out of her car, waved at us, and mouthed the words "can you push me."

I was driving so the laboring oar fell to Skylar Not-Great-In-Emergencies Westerdahl, who then got out of our car and started pushing the one in front of us.

Unfortunately, we were on a slight hill and as soon as the woman put her car in neutral it started rolling backward onto my husband who suddenly realized he was not strong enough for this. I legit thought this was going to turn into that scene from Signs where what's his name's wife gets pinned between a car and a tree, except it would be Skylar getting pinned between this woman's car and our car.

I jumped out at this point, abandoning our vehicle in the middle of the busy road, to help my husband push, both of us in flip flops. It was 105 degrees (a record breaking day). With both of us pushing with all our might, we were able to get the car to start moving very slowly.

So, there was this whole middle part of the road blocked off with cones so cars wouldn't drive on it. This seemed to me to be the logical place for this woman to steer her car so we could just get it out of the way and get traffic moving again. So you can imagine my confusion when we pushed and pushed and pushed and she just kept going straight up the road, like she hoped we'd carry her on the rest of the way of her journey.

I started yelling profanities at this point loudly enough that several angels died, but in the process I apparently effectively communicated to this lady that she needed to pull over because she finally did that.

She told Skylar she had run out of gas as I sprinted back to our car to get it out the way. Skylar told her we would take her to a gas station and bring her back to her car. The next thing I knew, she was in the back seat, Skylar was in the front passenger's seat, fully turned around, gabbing with her about this great adventure.

"You have such a wonderful attitude and handled that so well! I can't believe how calm you were!" he said, reminding me once again that I have fully married my mother.

The gas was retrieved and we dropped the woman back off as Skylar told her how special she was.

Suddenly I honked the horn.

Please enjoy a new Strangerville Live story from yours truly:

This time in Strangerville, there are dead rats, Meg misses movie theaters, and Eli takes the Strangerville Live stage to tell a story about his arch-nemesis at the gym.

The Gym, by Eli McCann 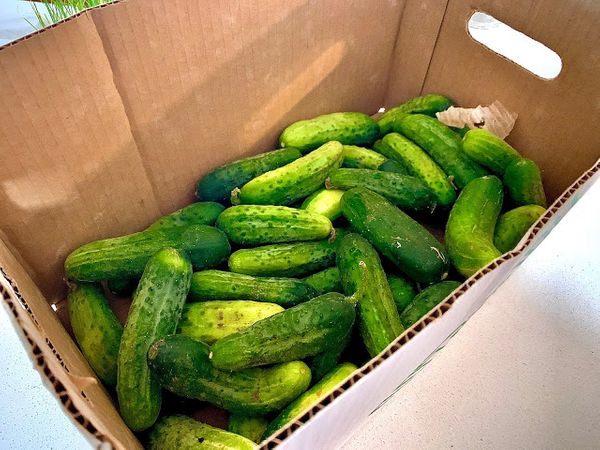 I'm basically Martha Stewart now, except I've been to less prison and I look better in skirts. I thought I might as well fully lean in and turn Stranger into

This time in Strangerville, there are dead rats, Meg misses movie theaters, and Eli takes the Strangerville Live stage to tell a story about his arch-nemesis at the gym. Story The Gym, by Eli McCann Production by Eli McCann & Meg Walter https://traffic.