During These Unprecedented Times Of Uncertainty, I have run around 200 miles per month. I've mentioned this to you before. My conversion into Forrest Gump was a result of two things: Gyms being closed and extreme high energy.

When this all began in March, I looked for whatever opportunity I could find to get myself out of the house to burn off some the anxiety I was feeling. As a result, I started going on 13-mile runs about every other day, listening to mindless pop-culture and movie podcasts along the way. It's actually been a really nice escape for me and something I think I'll take with me if we ever enter precedented and certain times again.

Because I've been running so much, I have fully rubbed holes in all of my running shorts. You would think with all of this endurance activity I wouldn't have thunder thighs, but gurlfrend: my thunder thighs have basically become a hurricane in 2020. The weather people have even named them.

My thunder thighs are in full force because while I have increased my physical activity by 90%, I have also increased my ice cream consumption by 390%. I'm not very good with maths, but I believe that leaves an eleventy percent deficit, and that entire deficit has gone to Cagney and Lacey. Those are my thunder thighs. I forgot to mention their names last paragraph.

"I've already impressed you. And now you're financially beholden to me so I'm done trying," I remind him.

It's all very healthy.

But the shorts saga came to a head this year when I started wearing some of Skylar's "outfits" (that's what he calls the clothes he wears to the gym) because I was starting to experience severe chafing.

I'm not allowed to wear his regular clothes, even though he often wears mine, because "you'll stretch them out!" I protest this accusation, as heavy cream drips down my chin. He always responds "I'm not saying you're fat. I'm saying your chest is bigger than mine." Then he points at my boobs and says "you do have the best in the business," which is 100% effective at distracting me from the initial comment and also I'm sorry if this entire post is TMI but you people are still reading a blogspot blog in 2020 so I'm not sure you're entitled to pearl clutching at this point.

Anyway, while I'm fully not allowed to wear his regular clothes, there isn't a worry about stretching out his athletic gear since athletic clothing is kind of stretchy anyway. So I sometimes wear it. But he does not like this, mostly because he's seen how I've turned all of my own running clothes into Les Misérables rags and he isn't quite ready to share his limited supply with Cagney and Lacey NO THEY ARE NOT GOING AWAY GET USED TO IT.

So last week Skylar demanded we go to the Nike outlet to resupply my dying supply, and plus he wanted to buy some "new cute tank-tops" and let me just take a moment and say how infuriating it is that literally everything looks good on him. We went to an "ugly sweater party" once and he found some atrocious thing with a Christmas tree on it and it was way too big on him and he still looked like a runway model and everyone at the party fell in love with him and meanwhile I tried very hard to wear something "ugly" but secretly flattering and as soon as we walked in I was told I was "brave."

Once we got to the Nike store, we discovered that the dressing rooms were closed for These Unprecedented Times. This didn't matter to me because I have progressed beyond the need to try stuff on in clothing stores. I can no longer be bothered with this task. I eyeball it, buy what looks like it might fit, and then I live with the consequences.

But Skylar is still young and still has the energy to treat every shopping spree like his own personal fashion runway so this simply could not stand.

The next thing I knew, my exhibitionist husband was stripping off his clothes and trying on tank tops in the open store, forcing me to take pictures of him since we couldn't find any mirrors and he needed to see how everything looked.

"Not true. Now take the picture." my unamused husband said through his facemask my mother made for him.

We walked through the checkout line a few minutes later, where I passed a shirt over the counter to a cashier.

"Are you sure that will fit you?" Skylar asked skeptically.

"You know, I didn't ask for your commentary on this and I frankly--"

"I just mean, because, you know. The best in the business." he cut me off.

I smiled and forgot everything.

This time in Strangerville, Meg and Eli did not do well in gym class. And Eli tells the story of plowing through the Boy Scout manual with his mother to get his Eagle as quickly as possible.

Boy Scouts of America, by Eli McCann (music by Gillicuddy)

Production by Eli McCann, Meg Walter, and The Beehive 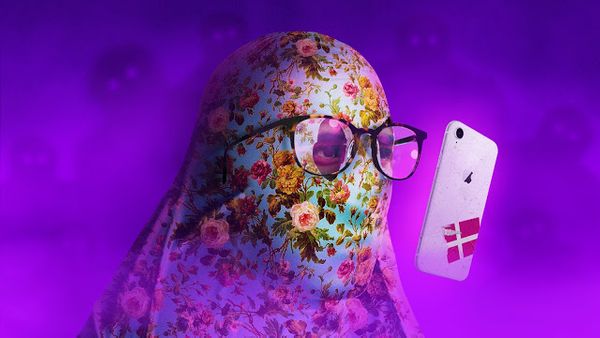 This piece was originally published by The Beehive. When I first met my husband in 2015, he was living in another state. We did the long distance thing for a

This time in Strangerville, Meg and Eli did not do well in gym class. And Eli tells the story of plowing through the Boy Scout manual with his mother to get his Eagle as quickly as possible. Story: Boy Scouts of America, by Eli