Nothing is more tragic than to find out that someone despises you. OK, there are many things more tragic than that but I've gotten very used to communicating primarily through sarcasm and hyperbole over the years so you just have to work with me.

There is a 10 year old who hates me and it is sending me into a severe emotional meltdown. I should have know this would have happened based on my history with children. Let me explain . . .

6 years ago I was a young freshmen full of ambitious goals to change the world starting with my community; so naturally my roommate and I signed up to be in one of those Big Brother/Big Sister mentor programs through the local YWCA. It sounded like a great idea at the time. And then came Joe (name has been changed . . . probably. I can't remember it now). Joe was 10 years old and excited, so I was told, to participate in this program and have his very own big buddy to rear him in the ways of life. Joe and I hung out, we went to a baseball game, played soccer, participated in some kind of arts and crafts class, etc. After about a month of noticing that Joe never seemed particularly excited to hang out, and in contrast to my roommate's experience with his little buddy which ended up looking like the model mentoring example with their matching baseball caps and dozens of inside jokes which always ended in a high five, Joe suddenly stopped returning my phone calls. Eventually I was assigned a new child when my friend who supervised the program told me in the nicest way possible that Joe was not interested in participating in the program anymore.

One month later the exact same thing happened with the new child who seemed even less enthused to spend time with me. I was stood up multiple times and finally this child stopped returning my phone calls as well. When I spoke to the YWCA, they informed me that this child wasn't really interested in continuing in the program either. When I asked if they were going to assign me a new child, I was told "um . . . well . . . we have many other service opportunities you could participate in." And thus ended my YWCA big buddy extravaganza.

Fast forward to 2008. The law school has a 5th grade mentoring program where each participant is assigned a 5th grade child to do homework with and play with once a week. I, completely forgetting that children have historically despised me, thought this would be a fantastic opportunity for me to give back (I'll spare you the discussion on how cliche "give back" sounds). It's been two weeks and this kid seems not only to be disinterested, but I believe he vehemently hates me. He won't make eye contact with me; when I say "goodbye" to him he rolls his eyes and looks away; and I can't get more than one-word answers out of him regardless of the amazing though provoking questions I ask. Of course this all looks great among all the other mentors who already have secret handshakes with each of their kids who practically sob their eyes out each week when it's time to go.

Well maybe he's just a disturbed child who doesn't really get along with anyone and you can really help him; right? Wrong. And here's the evidence to the contrary:

1. The teachers filled out evaluations of each of the kids so mentors would be aware of potential problems. This teacher wrote about my kid that he is the "brightest" in the class, "easy to work with," "friendly," "outgoing," and lastly "an absolute joy to have around!!!"

2. Yesterday, after he told me he was bored, we found the ping pong room in the law building where other children were playing with their mentors. He immediately joined the game and became the life of the party, even interacting with the other mentors.

Maybe I'm over analyzing this; but seriously, there is something wrong here. It seems that children are either terrified of me, bored with me, or just outright despise me. I somehow think this may all be linked to this picture my parents have of Micalyne and I when we were 2 and 4, respectively, where I had taken Micalyne'sblanky, whose name is "Fluffy" (notice I say "is" in order to signify that she's still attached to this thing despite being 22 years old and married) away to which she was obviously throwing a tantrum. I can't really explain why but I'm pretty sure it's all connected.

I've always thought that these types of programs were an opportunity for adults to show a good example to children and really help them develop necessary social skills. It seems, however, that isn't really working in this situation, which makes me wonder if maybe I need a child to mentor me so I'm not such a terrible bore with children. If anyone is aware of such a program, please contact me ASAP; I've got my next meeting with this kid in a week and a half and I don't think I can handle rejection again. 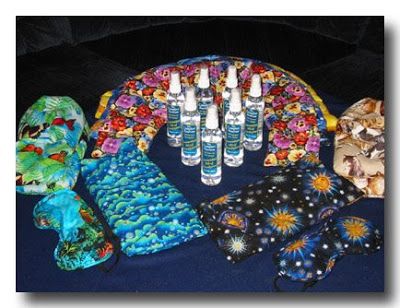 I can explain.  No, actually I don't think I can. I didn't intend to come away with anything other than a white shirt for church and maybe some shoes if

I was going to be in bed half an hour ago.  Today is just one of those days. The company I have worked for for the past 3 years was bought out by another very large company today. I have been working very part-time