I can explain.  No, actually I don't think I can.

I had a gift card for Macy's which is the reason I went to Southtown mall in the first place on my way from So Jo to Lindon after watching Krisanda's kids for a little bit (another hilarious experience that I don't have time to detail now).  The first odd thing that happened in the mall was when the rude employee told me I couldn't try on any of the white shirts unless I was going to buy them because he didn't want to have to put all the pins back in.  I told him that I like to try things on to see if I want to buy them and asked why anyone would want to try something on only if they knew they were going to buy it anyway--well he finally reluctantly allowed me too.  Of course, because I'm the easiest customer in the entire world, I not only bought the shirt despite the poor customer service but I also bought some really awesome shoes from him.

Then things got bad.  I started walking around the mall because I had some time to kill (I have the week off of school by the way for those of you who were wondering what the heck I'm doing shopping at 2:00 in the afternoon on a Monday, 30 minutes from Provo).  I should NEVER just start walking around a mall as it ALWAYS gets me into serious trouble.

Just as I was about to leave, I was stopped by one of those kiosks which I'm usually really good at avoiding; this one sort of just snuck up on me.  A young girl with a strong accent that sounded familiar but not enough to place, proceeded to give me a very looooooong presentation of an entire series of herbal products and how each one was about to save me, heal me forever, and prolong my life 60 years (which means I may live to see 90).  She started by throwing a 30 pound scalding hot harness over my neck while telling me something about toxins.  I wasn't convinced as I don't really believe in all the herbal remedies that some people swear by, usually refusing to trust anything weaker than a double dosage of Lortab downed by NyQuil; but I stayed and listened to be polite having absolutely NO intention of buying so much as a paperclip (which I would have been more interested in than this garbage, if they were selling any).

After a few thousand packs and oils were firmly placed up my nose and on every other part of my body, this girl pulled out the lavender eye sleep masks and put them over my eyes.  Knowing very well that I looked like a complete idiot standing there in the middle of the mall, while this girl used some kind of rollers on my back "to release the negative energy" I started wondering how the heck I was going to get out of there.  Then this girl leaned in close, my eyes still covered, and whispered very suspiciously, "do you like surprises?"  I quickly told her that I did NOT like surprises and not to do whatever it was she wanted to surprise me with.  She told me to relax and before I knew it, she had placed one of those spindly wire contraptions on my head that vibrates, leaving a complete stupor of thought, for which I blame the outcome of the ordeal.

She finally started the sales pitch after I took a giant whiff of every herb in existence, some of which I was sure were nothing more than 99 cent car fresheners purchased at the local Walmart.  She offered the entire package (one that looked sort of like the picture only much smaller) for only $300.00 or some absurd price.  I told her I was not interested but would be happy to tell my mom about it so she could come and check it out later (not that she would).  Then the bargaining began.  Before I knew it, the manager had come over and we started bargaining prices until I talked him down to $80.00 after he told me things like "I do this because you're my friend.  I'm happy if you're happy."  Finally I asked him where he was from and he informed me that they were all from Israel, which explained why the whole situation felt so familiar, and explained why I seemed to have a natural instinct to argue prices with them for something that I didn't even want.

After starting to walk away a few times but coming back because I'm a little out of practice, leaving me rather vulnerable to their attacks, the manager asked me to choose one thing there that made me happy.  I chose the lavender face masks which he then offered me for $30.00.  In the end, he offered me one for $19, and then another one as a gift because "you are my new friend and I want to gift you."  Before I knew it, I was the proud(?) owner of two new lavender face masks.  I walked away thinking that I got a steal of a deal until I realized that it's not really a bargain if you buy something that you don't even really want.  Then I realized that I sort of just bought the stuff because I had naturally reverted back to searching for souvenirs, which I definitely don't need from Southtown mall.

FYI, you can negotiate prices at local malls.

Maybe this stuff will finally heal my foot disease which we mistakenly thought was permanently healed at the Dead Sea. 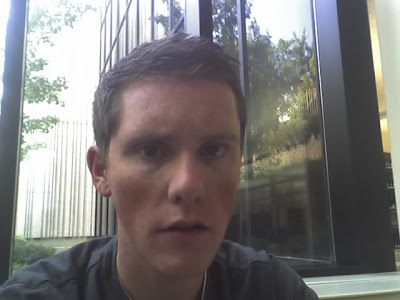 This is my week off of school, so naturally I've been in school all day, almost every day this week.  My professors were kind enough to leave insurmountable amounts of

Nothing is more tragic than to find out that someone despises you. OK, there are many things more tragic than that but I've gotten very used to communicating primarily through sarcasm and hyperbole over the years so you just have to work with me.