About 2 months ago my good friend Jeff from school asked me if I was interested in participating in this mock trial competition with him as he needed a partner. I hadn't originally planned to participate at all but I then found out that it was sort of a big deal, most of my class was doing it, and this was the only way to try out for the trial advocacy team at the school which is pretty prestigious and something that I think I would be interested in. So I told him I would do it, mostly excited that it would give me an opportunity to wear my really shnazzy 3 piece navy blue pin-stripe suit.

For the competition, the school gave us a packet of information regarding a fake law suit and half the teams were assigned to represent one side and the other half were assigned the other side. We had a few weeks to prepare (find people to play the part of the witnesses we were allowed to have, build our case, prepare opening statements and closing arguments . . .). It, of course, ended up being a lot more work than we expected by the time we got to the first round. But the first round came and it was an absolute blast (and I don't use that word freely). The mock trials go for about an hour or an hour and a half and then afterwards the judges give feedback and send you out the door. If you advance to the next round you get to go again; otherwise, you can get back to the regular school work which is already more than enough to keep you busy. While the competition is run in teams, the scoring is individual so if you advance to the next round but your partner doesn't, you'll get a new partner for the new round and you may even have to switch sides if there is an odd number.

Well we made it through the first round and we were excited because it was a big cut. They started with about 60 teams and chopped it down to 16. The 2nd round was held the very next night so we didn't have a lot of time to prepare and incorporate the comments the judges had made but it went pretty well and both Jeff and I advanced into the 3rd round where they cut it down to 8.

The 3rd round was held on Tuesday of this week and was markedly more difficult as the opposing team was extremely prepared. I also very awkwardly dropped my 10,000 sheets of unorganized pieces of paper all over the room during a cross examination of one witness. The most embarrassing thing was when I was essentially told to shut up by the judge (an attorney from Salt Lake) when I tried to ask him a question at the beginning. Nonetheless, he really liked both of us and sent us into the quarterfinals.

With 4 teams remaining in the competition, Jeff and I were the only original team left (everyone else had been assigned a new partner along the way as their original teammates were eliminated). So we were feeling pretty good except that we were going up against two really talented people: one girl who we went up against in the 2nd round and one guy who we had heard rumors about (that's how good he was---we heard rumors about him). That round was held on Wednesday night and was so long and exhausting that I thought I was going to pass out by the end. We didn't leave school until after midnight but we didn't go to bed until after 2:00 AM because we had to wait up for the email to let us know if we were going to be finalists as the final round was going to be the next day at 1:00pm.

So we got the email and we made it to finals! I, of course, ran around the house screaming for about 30 minutes (using my whisper scream as it was really late). I then started calling everyone in my phone starting with the A's until a slur of obscenities were thrown at me somewhere in the D's for calling in the middle of the night.

Thursday came; I, by this time, had completely given up on trying to get caught up in my classes which were all now a good 2 weeks behind. A federal judge from Salt Lake (Judge Sam) came down to judge the even and it was held in the court room with the whole school invited to attend. The two people we had gone up against in the 4th round made it to finals as well so it was essentially a rematch from the night before.

The final round was far and away my favorite. All four of us were on our best game and it made me more than ever want to do trial work every day for the rest of my life. It was also great to have so much support from classmates who came to cheer us on. After the trial, the judge and his two clerks left the room for about 30 minutes to tally up the scores. I was so thrilled to be a finalist by that time that I surprisingly wasn't really nervous to hear the results. And I suppose it was a good thing anyway because the other team won. I was first runner up and Jeff was second runner up. Neither of us felt like we could possibly have been disappointed--that round was our best performance and we ended up as finalists in a competitive competition that started out with 110-120 of the smartest people I've ever met. I would say it was a pretty good week.

Of course, that day I had to start facing reality as I had a 20 page brief I had to turn in by Saturday night at 11:00 and due to the competition I had done little work on it. This brief makes up my entire grade in one class and, because this is law school, everyone is graded based on how well everyone else did; so I couldn't really afford to do a weak job on it. So on Thursday I worked on it from 4:00PM-4:30AM. Then I took a nap for an hour and a half and went at it again on Friday from 6:00am-Saturday 3:00am. Then I woke up Saturday morning and worked on it from 6:00am-8:00am at which point I ran into work for a few hours. Then back to school from 2:00pm-11:00pm where I turned the paper in just in time. The whole time I could hear David (a friend of mine who is a 2nd year at another law school) telling me to calm down and go home already.

So I essentially lived at my desk in the library for a few days. In the picture you can only see 2 of the 50 or so Diet Cokes I drank during that period. You'll also notice the small pile of clothes in my top left drawer. Currently I have enough pants, shirts, sweaters, socks and shoes at the school to clothe a small country.

I really started to lose it by Friday. Sometime that afternoon I lost my shoes at school and I had to walk around for a while looking for them. I couldn't even remember when I had them last. I eventually found another pair of shoes that were mine but they weren't the ones I was wearing earlier that day. I actually still don't really know how the shoes I found got to school in the first place. Several hours later I found the shoes I had been looking for in my computer bag. I'm going crazy.

Was anyone else functioning under the impression that our brainiac highly paid NASA rocket scientists were prepared to give us some kind of a warning that an asteroid is almost close enough to feel it? I know outer-space is kind of big but come 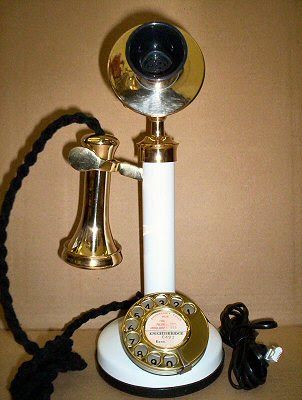 I feel pretty confident in most day-to-day situations; this is probably a result of becoming desensitized through a life full of embarrassing and uncomfortable experiences. One glaring exception to my