This weekend I spent some quality time with my 7 and 3 year old nieces. My sister and brother-in-law skipped town and their responsibilities for the weekend and asked if the two girls could come and stay with me. I obliged, having no business being in charge of children. Things I learned this weekend:

1. Kids need to be drinking something at all times. Or they will die.

2. If what you're trying to do with children takes them more than 5 minutes away from a restroom, it aint worth it.

3. NEVER hand a 3 year old a can of silly string, particularly when a nicely-dressed person you don't know who clearly spent over one hour on her hair is standing right in front of said 3 year old. Sometimes the string is not that silly. Or the reactions to its use.

4. When a child tells you she doesn't like a food item, placing that food item on her plate somehow poisons all other food items that are also on that plate. There is no way around this.

5. My nieces act like they have been attacked with anthrax when presented with a beautiful ripe strawberry, but then gobble up broccoli like the Apocalypse is coming.

6. When 3 year old child states a falsehood about a Disney princess, do NOT try to correct her. Disney princesses are her turf, and she will not take kindly to any opposition.

8. It took me until the third peanut butter sandwich to realize that the 3 year old had no intention of eating any bread and it would be less wasteful to just place a dollop of peanut butter on her plate.

10. You can get kids to compliantly go wherever you want if you promise they might see an animal along the way.

11. If you make a promise that they might see an animal along the way, deliver or pay the consequences.

12. When choosing which animal to promise the children they might see, and you live in the middle of the city, do not choose: bear, kangaroo, unicorn, etc.

13. Children are like Costco when it comes to snot: they have bulk stuff always in stock that you don't really want but feel you need to get anyway.

14. There is apparently a transition a person goes through in life where they stop viewing sleep as a punishment. That transition evidently occurs sometime after age 7.

15. Ironically, having to get up in the morning is apparently viewed as an even greater punishment than going to bed.

16. While relieved the moment they were no longer in my possession, within 20 seconds I was ready for them to come back.

Maybe I should start having kids. Bob and Cathie would be pleased. 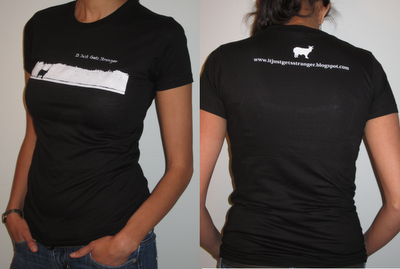 I have incredible news: We've made t-shirts. I know what you're thinking, "But Eli! I just bought 13 Snuggies! I don't even wear t-shirts anymore!" Rest assured, I have thought 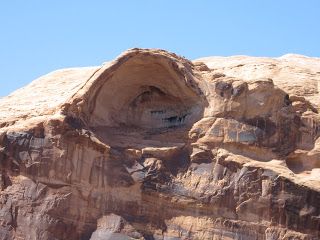 Last weekend I went south with a number of friends (Dan, Anna, and Emma) to give Paul Cyclemon a spin in Moab. I hoped Paul and I would hit it