Mere moments after I informed you of my China Air lost bag naked wanderer catastrophe of last week, I received a phone call informing me that my bag was found and would totally be on a flight the next day to Palau.

Actually, that's a very cleaned up summary of the actual phone conversation that I had, which went something like this:

You have my bag?!

Right. My bag was lost by China Air. So you found it?

Yes. I'm still here! So my bag will arrive tomorrow?


As you could have guessed, I was still a little skeptical about whether or not my bag might show up any time soon. But I was desperate enough to hold onto hope and make the 20 minute drive across 2 islands to the airport the following day.

And, miraculously, as I walked into the totally abandoned airport at 6:30 the next day, a man with a huge smile on his face walked straight to me, my giant bag with all of my clothes in his hand, and passed it over. I didn't even have to tell him who I was, which, by the way, is an interesting little perk of living in a very small island country. Everywhere I go, people whom I haven't met seem to know my name, phone number, and where I work. I would include also that they know my address. But I don't have an address. My apartment literally does not have an address. But, they do know where I live.

I took my bag from airport man who said, kindly, "sorry," and then with a knowing look "China Air." I totally agreed with him. "Yeah. China Air." And in that moment, we bonded over the horrific service of an airline that is almost as terrible as Air France (another story for another day).

And finally, with all of my things, including my very own underwear, I finally settled in to my new home.

Work at the court has been a fascinating challenge thus far. The court staff is great to work with and I couldn't be happier with my co-court counsel colleagues who arrived on the island just a week before I did and are largely experiencing the same things as me.

I've had a few strangers ask what it is I'm doing down here anyway (besides trying to escape the Queen of Colorseseses's wrath). Briefly, I am working as Court Counsel for the Supreme Court of the Republic of Palau. The judiciary is relatively young here and each year the court hires 3 attorneys from the United States who have experience clerking with U.S. judges to come down and assist the legal work from the court's end. So, I research and write and meet with the judges and help prepare orders and opinions to go out from the court. There are a lot of very new challenges in this job that are stretching me in ways that I'm having to learn to deal with quickly. Namely, because the judiciary and the laws are so new, there is so much less established law and procedure, which requires the court counsel to find ways to use our experience from the U.S. and combine it with our desperate attempts to familiarize ourselves with everything Palau, and help the judiciary and laws become more established and clear.

So much easier said than done, so far.

Currently a jury is deliberating in Palau for the very first time on a very sad murder trial involving a machete. Next month Palau will hold its presidential elections and with that the court is already seeing a great influx in politically-motivated cases.

To say the least, it's an exciting time to be in Palau and all of the happenings are only adding to the strange experiences I already expected to come with the new position.

And fortunately, no matter how daunting the tasks seem at work, I get to escape at the end of the day onto the beach and into the ocean. Well, I should say, I'm hoping to be able to get myself to regularly escape into the ocean soon.

I've discovered a problem that I'm worried could inhibit my ability to enjoy Palau: The ocean is FULL of animals. FULL OF THEM!

I know. I should have known that there would be animals down there in the water. And I guess I did know that before I came to Palau. But I just really thought there wouldn't be so many of them.

Last night I went snorkeling with Daniel. My goggles had fogged up quite a bit so I wasn't really seeing much, but I was greatly enjoying the swim nonetheless. Eventually, after I was WAY far away from shore, I stopped and cleared the goggles out. When I put my face back into the water, I suddenly felt like I was in an under-the-sea Where's Waldo book.

Creatures that I've only ever seen in my nightmares until yesterday were swimming ALL around me threateningly.

And then I saw them. HUNDREDS of piranhas. Coming right. At. Me!

Admittedly, I had never seen one before. But I am SURE these were piranhas.

I turned toward the shore and bolted the hell out of there, screaming under water the entire way. I am positive that I set new swim records. It was one of those cartoon like swims where I went so fast that I swam right up onto the beach and continued frantically to try to swim through the sand.

When Daniel found me he asked what on Earth happened. I told him about the piranhas and sharks and underwater anacondas and things and expressed relief that we both made it out alive.

He stared at me like I was the dumbest person he's ever had the misfortune of communicating with and went back into the water.

Whatever. We'll see how dumb he thinks I am when he gets eaten by a whale. 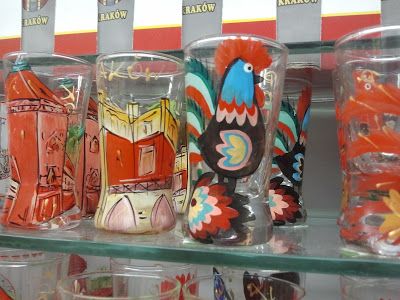 A little late coming, but here at last, I give you Pictures from My Phone: The European Edition. I know, I know. I'm in Palau now. I should be posting

Hey strangers. The haggard and terrified Eli of one week ago reports to you now from the edge of the world, buried deep in the Pacific, one small breeze away from devastating hurricane. We arrived on Tuesday night in Palau, exactly 745 hours after