Alii from the south Pacific. "Alii" is a greeting in Palaun. I used that word so you would think I'm super cultured and practically a native Palaun now. (He says while sipping his can of Diet Coke and applying Aloe Vera to his burned skin inside his AC cooled office).

Life is dandy in the tropics this week. The jury returned a guilty verdict on the murder trial, I found Ben & Jerry's ice cream at one of the grocery stores (covered in 2 inches of freezer burn), and the very personal presidential elections are entering the final weeks. I say "very personal" because when there is a presidential election on an island of 7 people, practically everyone has been in a coconut fight with at least one of the candidates. So, as part of the "get out the vote" efforts, the entire population of the country stands along the sides of the main street on the busiest island every evening holding up signs for their candidate of choice, screaming at the 3 or 4 white people who are not out campaigning (because they can't even vote here) to honk at the sight of their sign. But since the people holding signs of opposing candidates are all standing interspersed, it's really hard to tell which horn honks belong to which candidate. But it's exciting to see the democracy in action nonetheless. And fun to see people get so excited about their political process, be it in the U.S. or somewhere else.


My big news for you today, though: I got scuba certified the other day. This is practically the biggest achievement of my entire life. Why? Because in order to get scuba certified, you have to go deep down into the ocean and get really close to animals. ANIMALS! Do you know how terrifying animals are? The way they move and look at you without saying anything. And the underwater animals are the creepiest. Their eyes are in places they shouldn't be and you can never tell if they're looking at you or if they have souls. I always just assume they are looking at me and that they don't have souls.

Certification took three full days. Fortunately I had a small group of friends with me throughout the entire experience to help ease my plentiful fears.

On the first day we had to sit in a classroom and listen to endless amounts of lectures about all the different ways our heads could explode in the water if we did anything wrong. I didn't really hear anything, however, after they explained that there is a water snake in this part of the world whose bite can kill a grown man in 3 seconds.

The only thing worse than a snake is a snake that swims. Seriously. Anything that can freaking SWIM without fins or at least hands and feet, is not of the devil. It is the devil.

And guys, maybe I haven't been clear about this before: I don't discriminate when it comes to snakes. Short, long, skinny, fat, venomous, etc. They are all Satan himself embodied. And they should all be slaughtered. No, tortured. Then slaughtered. As inhumanely as possible. Then we should put their massacred remains on a giant space ship, no matter the cost, and send it directly into the sun. Then everyone should drink a pint of unicorn blood and say 50 Hail Marys.

I believe that this entire process should be articulated in the Constitution. Not even as an amendment. We should go into the original document and paste it right before the preamble and just act like it's been there all along. It should also be in the Bible, if it's not already.

All of this considered, it is nothing short of a miracle that I was able to climb into the water in the first place. Mostly this was because the scuba pack was painfully heavy on my sunburned shoulders and jumping falling into the water was the only immediate relief available.

We did a few practice dives before venturing out onto a boat to make sure we all knew what we were doing. Each time we surfaced, Daniel looked like he had been shot in the face with a grenade launcher. The culprit: a bloody nose. But when one's nose bleed is contained inside of a large scuba mask, it seems a lot more horrific. The first time this happened we each gasped in shock that someone's face had actually blown up just like they explained in class. By the second and third times, though, it was so first dive so we turned from concern to disgusted mockery and treated him like he had leprosy for the remainder of the course.

The boat wandered between a handful of mangrove covered islands before resting in the center of a large bay. And then we were off.

We wandered down to the center of the Earth to check out a large wrecked ship from several decades ago. I'm pretty sure it was the Titanic. I practically heard Celine Dion's voice when I saw it. The ship was incredible and now covered completely in underwater plant life. Also, there were some fish wandering around. But they pretty much minded their own business and I minded mine. So there were no real incidences to report. But I think the fish can sense that I'm enlightened about the snake situation and since they totally agree with me, they have decided to let me pass in peace.

When we got back to land we were declared "certified" and then sent on our way.

And that was it. I'm practically a new man. I like to refer to my certification similarly to how one might refer to being a black belt in karate. Like, when someone gives me attitude about something, now I condescendingly respond, "maybe you haven't heard that I'm scuba certified."  This has gotten me into so many exclusive clubs on the island.

The problem is, down here, it seems that everybody is scuba certified. I think a Palaun birth certificate probably doubles as proof of scuba certification. Whatever.

Alii, strangers. To kick off your weekend in the states, I bring you three short videos from Palau. My friends and I down here run off to a great beach near my apartment most days right after work to snorkel, read, watch the sunset, 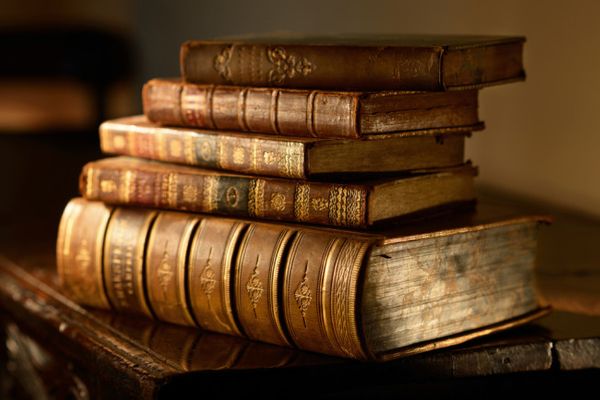 One stranger, Margret M., sent me an email a few months ago about a book club with very strict bylaws and suggested that I email the group. After doing a