Happy Thanksgiving week, strangers. I hope your Thanksgiving goes better than the time in Ukraine when I cooked a Thanksgiving dinner for three other Americans and gave them all food poisoning. It was the deviled eggs. I escaped unscathed because I didn't eat them.

They seemed iffy to me.

Things are trucking along just fine down here on the equator. But I have to let you know, I had my second "I'm living on a tiny island in the middle of the ocean" freak-out a few days ago.

I suppose I should tell you about the first one before I get to the most recent incident. The first one happened the night I got to Palau. It was already dark when we landed. And after going through customs and immigration, I found out that my bag with all of my clothes was lost. We were picked up by a couple of people from the court who drove us through a torrential rain-storm/hurricane/Armageddon and we were dropped off at my apartment, which had only half the boxes we shipped. And the boxes that made it were almost completely destroyed. And the apartment smelled like rotting bodies.

I stood in the middle of my new place in my unbelievably smelly clothes that I had been wearing for 2 and a half days, with all of my half-broken things scattered around me, and started to have a panic attack. Daniel noticed that I was at a breaking point and suggested that I go take a warm shower to calm myself down.

I got into the shower and discovered that the shower head was broken, as was the hot water heater. And that's when the shallow panicked breathing turned into tears.

What the HELL am I doing here!? WHOSE idea was this!?

You know the rest of the story. The sun came up, as it always does. My clothes were found. The shower was fixed. The apartment continued to smell like a rotting body. Etc.

In short, things worked themselves out quickly and I became pretty content with my decision to move to Palau.

Before I came to Palau I made a list of 17,291 things I needed to get done before moving. I accomplished exactly 9 of those things. All 9 of those things involved catching up on my favorite tv shows that would be unavailable in Palau.

None of those 9 things involved anything that would actually be useful to my Palaun life.

And, unfortunately, number 3,962 on the list was "Buy new running shoes, ASAP!"

My current running shoes have survived a marathon, Ironman training, and a number of other extreme adventures this year. They're causing me a lot of pain and hardly provide any support anymore. They're basically like a dead-beat dad. Only they don't have a mean girlfriend in another city.

"So what's the big deal, Eli?" You're saying to your computer screen as though I can hear you. "Just go to the store in Palau and get new ones! Also, I promise you that when you get back to the states I'll make you a cheesecake."

First of all, I will totally take you up on that. And don't try to back out. I never forget a promise.

And second, the shopping situation in Palau is worse than in Panguitch Utah. What? You've never been to Panguitch Utah? Never even heard of it? Exactly.
I knew the shopping in Palau was bad, but I guess I didn't know how bad until last Thursday. There are 2 "department" stores in Palau. I put quotes around "department" so you would understand that these look nothing like department stores.

The stores sit across the street from one another and each contain: a grocery store on the first floor, and an upper level or two of non-food items, including clothes, furniture, appliances, Snuggies, etc.

I walked into the first of the stores and approached their shoe section. Below is the exhaustive list of what it contained:

Confused, I looked over the selection again and then made another lap around the store, sure that I was missing something.

I wasn't. That was all they had.

Thinking that maybe the other store had the market cornered on running shoes, I went across the street. I looked at the wall of shoes and immediately noticed something: it had EXACTLY the same selection as the prior store.

Right down to the sizes.

And guys, what I felt in that moment? The level of panic? Standing in front of the shoe section I had what I think can only be described as an out-of-body experience. It will all forever be etched onto my soul. For time and all eternity.

And it wasn't about the running shoes. I can handle not being able to find every little thing that I want. It was just that realizing that I can't find any running shoes no matter how hard I try suddenly brought to light a whole bunch of other realizations.

This then prompted a much less comical and much more defeated, what am I doing here?

I left the store feeling something that I don't want to label as "home-sick" because that term just doesn't feel right, although it was something close to home-sickness. Unsettled? Torn? Confused? All of those things, I guess. Plus something more.

And all of the emotions welled up inside of me all at once until I had so much anxiety that I felt I could run on top of the water all the way back to the U.S.

But then, as I was walking back to my office from my failed shopping attempt, something else hit me, too. A car.

No, I'm kidding. I didn't get hit by a car. Just wanted to wake you up. Sorry that some of this post is kind of serious. I promise, I'll never do it again. Until next time, anyway.

What hit me was that it was ok to feel the way I was feeling. And, in fact, it's pretty great that I have reason to feel that way. It means that there are people outside of Palau that I care about. There are aspects of life that I love so much that I feel unsettled, and torn, and confused, when they aren't immediately accessible. And all of that got me thinking that I have a lot to be really thankful for.

And I guess that it's fitting that I had that mini-realization, what with turkey day quickly approaching and all.

As odd as it sounds, my relationship with you, strangers, means the world to me.

When I write here, I don't imagine my words going off into an electronic pit, never to be read, like I used to. I imagine that I'm in a cozy room with all of you, sharing my life, and hearing about yours. And I write these stories and thoughts the same way I would share them with you if we were all at a small dinner party together.

And at that dinner party I enjoy your stories and you listen to mine and laugh politely and tell me toward the end of the night that maybe I've had a little too much to drink. And I tell you that I don't drink and this is just me sober. And this makes you even more worried about me.

And I love that I can imagine all of that now, especially since I'm off on some tiny island in the middle of the ocean. 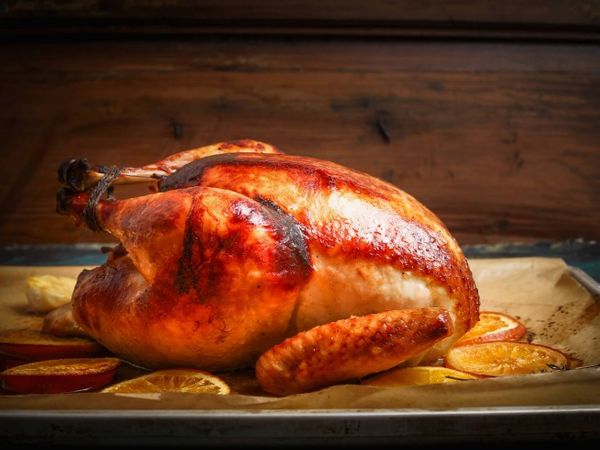 Daniel had an idea for a Thanksgiving email prank. I shot off a bunch of emails to different cooking blogs and had a couple respond. The following turned out to 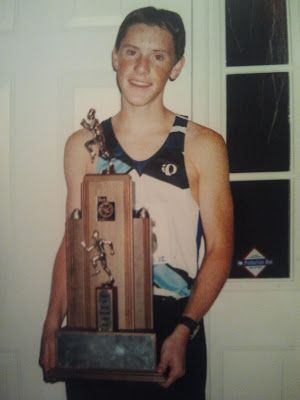 The end of another week is upon us. Today I bring you 5 new pictures from my phone and a few other links to distract you from more important things.