Good morning, dear strangers. A while back I decided it was time to stick an FAQs section on Stranger. So I'm finally doing that. You can find the tab above. I know. It's like I'm trying to set a world record on having the most tabs possible. I have also included the FAQs in this post, for the truly lazy. I receive quite a few emails and comments on blog posts (which I love reading) and many of them ask a lot of the same questions. Since I don't want you to spend all your time asking these kinds of things and not have enough time to write about your Queen of Colors sighting, I post the answers conveniently for you here.

Q: What the crap did I just read?

A: I started this blog in 2007 on a whim. I gave the title no thought, and probably would pick a different one if I could go back. Before I started blogging, I was writing about the strange experiences I was having and emailing them to members of my family almost daily. Then I heard about blogging (I'm always about 10 years behind on all things) and it seemed like a more practical way to share stories and archive them than through the hotmail account I had created when I was 16. So one Saturday morning I up and created this blog and it has largely remained what it was in the very beginning: an exaggerated account of my daily life. The good, the bad, and the Queen of Colors. Only, hopefully, now the spelling and grammar is a little better.

A: I moved to Palau for a job. I'm an attorney and after clerking for a judge in Salt Lake City, I was offered a job with the Supreme Court of Palau as counsel for the court. I will be in Palau for one year (until next September). I work with two other American attorneys in the same position. Mainly I help the court research and write decisions. I also help provide advice for the court's efficient functioning and I am responsible for recruiting for next year's court counsel positions, which will be filled when the 3 of us leave in September.


Q: Where will you go after Palau?

A: Who knows. I sure love Salt Lake City. I love a lot of places, too. I guess I'll go wherever somebody wants to give me a job.


Q: How are you able to travel so much?

A: It's not through the use of unlimited funds, unfortunately. Each of my relatives fall within one of two camps: 1) unsatisfied wanderers, and 2) those we call the "what's wrong with here!" homebodies. The unsatisfied wanderers, which is the camp I belong to, mostly travel to places nobody has ever heard of (because they're cheaper) while the "what's wrong with here!" members of the family shake their heads and wait for our bodies to show up on the doorstep, with a few missing fingers, of course. I've been fortunate to be able to take time here and there to do this. I use a plethora of resources to make traveling pretty inexpensive, namely couchsurfing and flexible travel dates and locations. Also, while many people spend money on hobbies, cars, and fancy electronics, I spend it on discounted plane tickets. What this means is that I own nothing of any monetary value, but I've slept on a concrete floor in Bulgaria. Typing that last sentence has made me reconsider what I value.


Q: Do these pants make me look fat?

A: Not at all! You look great! (Unless you want to look fat, in which case, yes. Those pants totally make you look fat.)


Q: Who are Bob and Cathie?

A: Bob and Cathie are my wonderful parents. I only call them by their names when I'm referring to them in front of other people. I do this because it makes me seem more edgy. Also, Bob and Cathie believe that this makes them sound more hip.


Q: What do Bob and Cathie think about the way you characterize your childhood?

A: Once I was at my parents' house with a friend who was worried that I had lied and defamed Bob and Cathie's good names. This friend asked, "did you guys see that Eli accused you on his blog of threatening to make him sleep in a chicken coop when he was only 5 years old?"  My mom immediately responded, as though worried that this friend didn't have the full story, "he started it!" and then continued, very abrasively, "did he also mention how dangerous those chickens were!? That threat would never have forced compliance if we hadn't told him the Queen of Colors was going to to rip his eyes out." Occasionally Bob and Cathie do complain that I have mischaracterized something on this blog. It's always an innocuous point. And they always leave a scathing comment to call me out on it.

A: Daniel is my good friend and practically a member of my family. He moved to Palau with me in October, 2012. Daniel and I were friends in Salt Lake City and we trained for a disastrous Ironman race together. Liking the sound of the adventure and finding some cool opportunities in Palau, Daniel decided to join me after I accepted my job with the court. His primary responsibility was supposed to be: keeping me from overeating Ben & Jerry's ice cream. But so far he has only made the problem worse.


Q: Who is the Queen of Colors?

A: You can read about it here.

A: His story is here.

A: Yes sir. Or mam. Have been all my life and plan to be for the rest of it. But I would not protest you sending me literature about how I'm going to Hell because of it. Especially if it comes with candy.


Q: Do you want me to send you a funny picture I took?


Q: Do you really have a foot disease?

A: Trust me. You don't want to get close enough to me to find out. But the answer is, probably. I've had it since 2005 and I have tried everything I have heard of to get rid of it. Half-heartedly. But I've tried.


Q: How long is Crime & Punishment going to take you to get through?


Q: Did you really do the math for that last question?


Q: Are you thinking about writing a book?

A: Yes. And I'm working on one now. And I'm finding out that writing a book is hard. But it's coming along. Mostly because Daniel threatens me with dangerous objects almost daily until I sit down at my computer to work on it.


Q: Are those email and text exchanges in the Messing with People section real?

A: Yes. Some have accused me of making things up. And I don't blame them. And it doesn't really matter to me whether anyone believes that these exchanges are real as long as it puts a smile on their faces. But, yes, there really are people on the other end of those exchanges. And those people mostly hate me.


Q: Why don't you update the mommy blog more often?

A: Guys. I swear. I would really like to. But it's a lot of work, especially for a fulltime working attorney who already has this site. I never intended to post anything on that blog. I only created it as part of my teasing of Jane during Snuggie Texts. You liked it and asked that I keep it going, so I have. And it has been incredibly fun for me to talk about Fortify and June Snapple and Grace Telly and Casper. But be patient with me. I promise, I'm not going to give up on it. The posts just may not come as quickly as you would like for a little while.


Q: Where do you come up with your ideas for your posts?

A: Many of the pranks I have done are because you guys have emailed me with good ideas or links to ads I should respond to, and I always give credit where credit is due. Sometimes the thought just comes to me in the night. Most of my ideas don't pan out at all and many of the people I email never respond to me. But when they do, it's glorious. As for the other posts, all I'm doing is sharing my life with you. My thoughts, experiences, and any strange thing that happens. And you keep reading it. And that makes me happy. 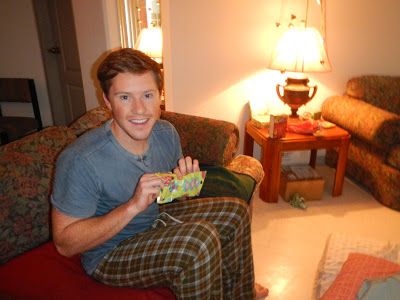 Last Friday's Pictures and Distractions post was supposed to be the last one ever, what with the world ending and all. I'm happy to report that the world did not 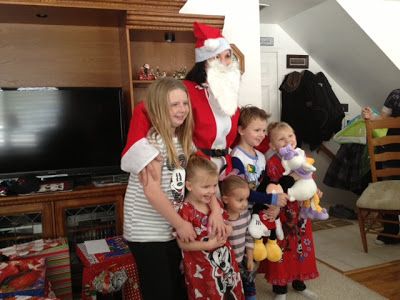