I’m stuck in the airport in Guam now because of the typhoon that was supposed to wipe Palau off the map today. Apparently Mr. Typhoon skipped on by and didn’t do much damage. Yet my flight was still delayed for 3 or 4 hours for reasons that still aren’t exactly clear to me. They probably aren’t clear because of the incredibly unhelpful United Airway representative that checked us in.
Hmm.  Looks like your flight is delayed 3 or 4 hours.
Oh shoot. Did it get delayed just now?
No. It was delayed earlier today.
That’s interesting because I have been trying to call you all day to find out whether my flight would be delayed and I just kept getting routed to an automated system that swore the flight was scheduled on-time.
Well it’s now leaving 4 hours late.

I understand. I’m just wondering what I should have done today. When I called the United agent in Guam, the phone just rang and rang. I tried several times today and nobody answered the phone.
Well we can’t just be expected to sit by the phone all day and wait for your call! And you are lucky the flight is even leaving! Apparently you didn’t know a HUGE typhoon went through Palau and did a LOT of damage.
No. I’m aware a typhoon skipped Palau. And I’m not complaining that the flight is delayed. I understand that it’s delayed. What I’m trying to communicate to you is that there needs to be a way for people to find out the status is of their flights before they return their rental cars and show up at the airport.
Guys, I swear I wasn’t rude. I know I sounded rude when you read all of that. But I promise I was using my nice voice. The agent was using her apathetic voice. But I was using my nice voice. And I even smiled and said thank you at the end, just like Bob and Cathie taught me.
But seriously. So annoying.
The annoying flight delay doesn't taint the great news that my friends in Palau escaped the storm after gearing up for what was supposed to be one of the largest typhoons the country has ever seen.
And it also couldn't taint the wonderful weekend I had eating excessive amounts of Cold Stone ice cream and wandering the aisles of K-Mart, both hands outstretched, and lightly touching the items on both sides of me. Crying. Silently.
I know. K-Mart. In the U.S. you practically have to get a tetanus shot just for accidentally walking by a K-Mart.
But in Guam? K-Mart is basically Disneyland. But with fewer grown-ups dressed as terrifying characters from animated films that haunted your childhoods.
K-Mart really is a place that everyone who visits Guam has to go to. Daniel says it's like an international petting zoo, with hundreds of people wandering the aisles while touching everything and taking pictures with items. And peace signs.
We also went to 75 movies. And by 75, I mean 3. The movie selection was limited, to say the least. But seeing as we don’t have anything that resembles a movie theater in Palau, I felt like I had wandered directly into Hollywood itself by getting to Guam. And there were just enough movies that we didn’t get desperate enough to see Twilight. We did, however, see:
1. Lincoln: Fantastic.
2. James Bond: Daniel almost killed me when 45 minutes into the movie I leaned over and asked him, “now which one is James Bond?” The plot of this movie was basically the exact same as Home Alone. But way more people died in this one.
3. Red Dawn: Daniel almost killed me when 45 minutes into the movie I leaned over and asked him, “now which one is James Bond?” Apart from that, this movie was horrifically bad. Please don’t see it. If we keep letting these kinds of movies make money, they will produce more of them. This how Glee still exists.
I know that it sounds like a pretty ridiculous thing to go to a tropical island and spend the entire time wandering K-Mart and seeing movies in tiny theaters. But I live in a much more beautiful island nation. One that barely has electricity. I don’t need waterfalls and unicorns. I need deep fried synthetic foods and shopping malls full of crap that is impractical in the country I live in, but that I want to try on and buy anyway. Like sweaters and hats.
And with a few days of that under my belt, I now prepare to return home, appreciating the beauty of Palau and the simplicity of life there much more than I did a few days ago. Coming to Guam was exactly what I needed right now.
I feel so fortunate to have the opportunity to travel around and leave Palau from time to time. And despite my rants and raves about the inconvenience of international travel and living, I hope I don’t come across too much like a privileged snob who is ignorant to the real problems of life. Having a U.S. passport and American opportunity is a wonderful thing, and the more I travel the world and meet people, the more thankful I become for the experiences I have been able to gain. Complicated as my life sometimes feels, and disappointing as it occasionally is, it’s got a lot of wonderful parts, too. And I hope to never forget that.
And so I now head back to the land of coconuts to try to spread a little of that good fortune to other people’s lives, in whatever way I know how. Even if it’s just introducing others to the joys and versatility of Snuggies.
~It Just Gets Stranger 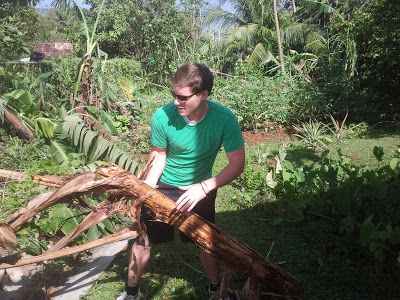 Hello, strangers. First of all, in case you missed the word, I have decided to try what the kids are calling "Twitter." This is something that happens on the Internets 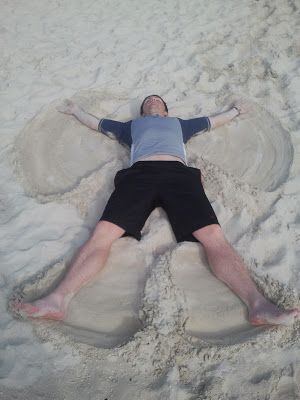 Alii, dear strangers. I'm taking off to Guam tonight for the weekend and don't know what my Internet access will be like. So I'm bringing you pictures from my phone