Alii, dear strangers. I'm taking off to Guam tonight for the weekend and don't know what my Internet access will be like. So I'm bringing you pictures from my phone and weekly distractions a day early this week.

Apparently a huge typhoon is supposed to hit Palau this weekend while I'm in Guam. Good timing? I'm not sure. This morning when I walked into the office, the librarian I pass every day made me a little concerned:

And you come back Monday?

Oh. You're not gonna make it. [turning back to her computer now like our conversation was over]

I'm not? You think the flight will be cancelled?

No. [then very matter-of-factly] You're gonna die on that flight.

So, strangers, if this is farewell, it's been real. I'll miss you all. Please, someone remember to feed my cats. They're in a storage unit somewhere. I don't know what they eat.

I had posted a picture of my Palaun driver's license here, too. But then I got freaked out because of all the conspiracy emails old people have sent me about identity theft, even though the picture didn't really have any information on it that I don't/wouldn't already share with you anyway. In any event, the reason I wanted to share the picture is because of the blood type that is listed on it. They require you to list your blood type on the license in Palau. When they asked me what mine was, I wasn't sure and so I panicked. Problem was, suddenly I couldn't remember what any blood types were. Like, if they were named after numbers, or letters, or shapes, etc. Then letters sounded right so I went with "A plus" because that sounded like the most exceptional type. My friend Brian told me after that I should have gone with O because of blah blah blah . . . something about science. Don't worry though. I'm going to make fixing this a priority soon.

Why not kick off this Christmas season with a Jan Terri Christmas music video? Well excuse MY Christmas!

I came across these awesome photos from Russia a few days ago. Made me miss it.

Has everyone seen the hysterical elevator ghost prank that has been going around this week?

The Trololo guy died. I somehow missed this one when it made its rounds in 2010. Thanks, Kelly.

I’m stuck in the airport in Guam now because of the typhoon that was supposed to wipe Palau off the map today. Apparently Mr. Typhoon skipped on by and didn’t do much damage. Yet my flight was still delayed for 3 or 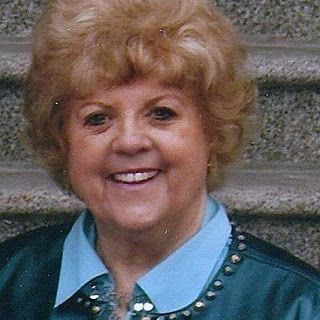 Guys, I have the best grandmas. Sweet, giving, hysterical, interesting, etc. One of my grandmas who is in her 80s, Grandma McCann (more commonly known by her gang name, "G-Mac"