This weekend a terrible thing happened. I got sick. And not the good kind of sick where you're just barely down enough to have a few days of justified rest and ice cream eating. Like, the Ebola virus, you'd rather be eaten by the Queen of Colors than continue living, kind of sick.

I got the stomach flu. And everything you've ever heard about the stomach flu all happened to me at exactly the same time for an entire 24 hour period. Plus, it was really HOT.

Mom, you should stop reading this. It will only make you worry.

She's totally still reading. And preparing to yell "eww! Gross!" a whole bunch of times. And she's already cutting out articles from the newspaper to mail to me about the stomach flu and highlighting the parts that say you need to drink lots of water. And she's also slipping one in about how I need to get married. And she's covering the outside of the envelope with colorful smiley-face stickers.

I know you, Cathie. I know your moves.

Anyway. It all started Saturday when a small rumble began at the bottom of my stomach. Three hours later I was curled up into a little ball, groaning on the floor. Then the hot flashes started. Yada yada yada. Skip to the good part.


I started puking at about 7:00 PM. And not like the gagging kind of puking where you cough a lot and spit up half a mouthful of stomach bile like a baby who just got done feeding. Like, violent projectile cannon out of both the mouth and the nose at the same time kind of puking.

Guys. HOW is it possible that I was able to throw up as much as I did?! In the first sitting I threw up SEVEN times. Like, tons and tons of throw up. Like, way more than I had eaten in the prior 200 days. I even saw some stuff I remember consuming in the 3rd grade pass through on about the 6th puke.

And here's the thing about throwing up. You never remember how terrible it is until you are in the exact moment. This was not the first time I had ever thrown up in my life. I've seen an episode of Glee before. I've had experience with throwing up. But I think there is something that happened as a result of evolution where we don't remember how terrible throwing up is right after it happens because that way the next time we need to throw up, we won't throw ourselves off of a bridge to avoid the experience.

Throwing up is THE WORST. It feels like the last thing you're ever going to do.

I plopped back onto the floor in the front room, holding my hurting stomach while the room spun around me.

Earlier that day, before I realized that I was sick, I did a 10 mile run with some friends in the hot Palauan heat. Totally brilliant. And now I was sick, worried about dehydration, and couldn't even drink a sip of water without puking it back up.

Laying on that floor now with everything tingling and hurting, I actually cried.

I know. What the heck, Eli. We thought you were strong. How could you possibly cry over a stomach bug?

Well, I'm only human guys! Sometimes when I'm throwing up in a HOT undeveloped country and everything hurts, I just want to cry. Let me have this one. You can have your thing. I get to cry sometimes. We're even.

A few more hours went by when suddenly the puking urge came back, and a little too quickly for me to make it to the bathroom this time. Fortunately Daniel had placed a large bowl next to me, into which I threw up. Mostly. A bunch of it ran down my sweaty 103 degree body.

I threw up another 5 times and then just started dry-heaving. And was it wrong that my first thought when I saw how much I had filled up the very large bowl was to take a picture of it to show you guys so you would know I wasn't exaggerating when I later told you the story? Don't worry. I was too weak to go get my camera. But I think I might have a problem.

Once that was over, I crawled into the bathroom, climbed into the shower still clothed, curled up into a little ball on the shower floor, and turned the water on.

Daniel heard me whimpering and came in to check on me. He had witnessed 5 or so hours of intense drama, but seeing me laying on the shower floor, covered in puke, fully clothed, and crying, was too much for him.

And you know what that guy did? He climbed into the shower, fully clothed, picked me up by the armpits, and washed the throw up off of me, telling me that everything was going to be ok.

Guys. Good friends hold your hair back while you puke. Great friends climb into the shower in their clothes and wash the puke off of your body. Remember that for the future when you're trying to figure out which of your friends are good and which are great. A new standard has been set.

It reminded me of a lot of stories my little sister Micalyne used to tell me about when she was a nurse in an Alzheimer's wing of an old folks' home. Except I didn't mistake Daniel for my daughter and then bite him at the end.

Moments after he turned the water off, I fainted. And fortunately this was while Daniel was still holding me up.

When I came to about 3 minutes later, I was laying on my back, half-way onto my bed, soaking wet, and covered with towels. Daniel was trying to drag me the rest of the way onto the bed. And he was laughing. Not the "oh my gosh, this experience is so fun" kind of laugh, but more like the hysteria-inducing "holy hell I'm freaked out and have someone else's throw up on me" kind of laugh.

The rest of the night was rough, especially when Daniel started throwing up too. I steered clear of that mess because GROSS. There was NO WAY I was going to go anywhere near him while he was throwing up. Seriously. What if he got me sick?!

I kid. I didn't actually know he was throwing up that night because I wasn't really in a state of "awareness."

By Sunday morning we both looked and felt like we had been through a war. One that is fought by people throwing up on each other.

We're ok now. But I'm considering having all of my organs amputated so that it doesn't happen again.

Daniel: So guess what song I heard on the radio the other day that I haven't heard in years? Eli: Soooo tell me what you want what you really really want-- Daniel: No. It was-- Eli: Myyyyyyy milkshake brings all the boys to the 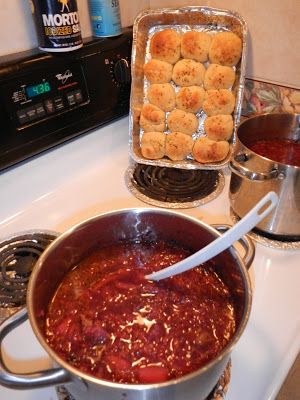 Happy weekend, dear strangers. This week has been a fun one with you all. Enjoy some pictures and distractions. Have a good one, and remember: either laugh so hard you