As many of you have figured out by now, my time in Palau has been sort of a roller coaster for me in a lot of ways. This experience has been so much more difficult than I ever expected it to be. I've talked here about sometimes feeling isolated and lonely. I've also talked about the anxiety I have had recently from not knowing where my life is going next.

As a result, about every two weeks Stranger basically turns into a Lifetime movie. Except less teen pregnancy. And no drugs. No affairs either. Also no breast cancer, domestic abuse, amnesia, sexual assault, cougars, or abortion. Ok, so maybe it's more like a Disney movie. But one of the serious PG ones that could totally be PG-13 if just slightly edgier.

Overall, I'm a pretty happy person. But some days I can't help but feel the effects of going through one of the toughest experiences of my life. On those days, I'm full of anxiety and my stomach feels like it's tied up in knots. And I want so very much to do something to get back the control I have usually been able to find in my life, even when going through a difficult experience.

Somewhere deep down the masochistic voice in me encourages the pain and discomfort and sooths my fatigued soul by saying things like trial is good and you can't grow as a person without struggle. Then it usually trails off singing the words to the Full House theme song because I have watched WAY too much bad tv in my life.

I occasionally want to beat that voice. But I'm not really the violent type. I'm more of a condescending lecturer. So my more common reaction is to scold it while waving a finger. Why are you saying these things at a time like this?! This seems more productive than being passive-aggressive and giving it the silent treatment. But I guess none of those reactions really get me anywhere helpful.

Because whether I listen to or ignore it, I know from personal experience that those things that that little masochistic voice inside of me says are true. I know that all of the excitement and stress and heartache and exhaustion I felt during law school made me such a stronger person. It all turned me into something I was really proud to have become. I know that in darker times in which I have experienced other tough things, the struggles have led to the same result. I grew up and got stronger. I felt more comfortable with myself. I started facing my weaknesses with more confidence. And because of this, now I actually cherish the memories that sometimes brought me to tears in the moment because those memories keep me from coming to tears in similar moments now.

But something about my Palauan struggles have felt different than the trials of life past. Something about them has felt more discouraging and less productive than usual.

Maybe it's because the kind of support I've had in the past is less available deep in the quiet Pacific and I just haven't quite figured out how to handle that yet. Maybe it's because the struggles of today are unlike the struggles of the past so I just don't know how to deal with them productively. And maybe I'm having a harder time navigating these trials because I'm just more tired now than I was before.

In any event, I've been telling myself that my Palauan struggles are good for me. That they are benefiting me in some way. And that later I'll be happy they happened.

I had a small epiphany the other day though. It was basically that trials don't make you stronger just because they happen. Trials only make you stronger because of what you're able to make happen during them. They only help you grow if you work with them and resolve to learn from them. And stop them from defining you.

I'm not exactly sure what that means for me right now. But I expect it at least means that I must take some of the hard things that are causing me pain and find a way to make those experiences my catalysts for positive change. Because, guys. There are two things I've learned so far in life. One, the hardships never cease. And two, number one is actually kind of a good thing, if you can just find a way to laugh through it. And it's ok to shed a few tears every once in a while too, if needed.

Today, I may be doing a little of both.

(For a good online resource on the topic, check out Better Help.) 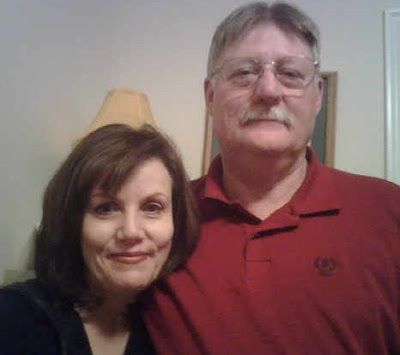 My three-way gchat with Bob & Cathie today Bob: Son. How are you? I have been so worried about you since reading your blog post. Eli: Oh dad, don't worry about

One of the strangest parts about living in a tiny tropical island nation for me is the slow pace of life. I mean, I know I didn't move here from Times Square. I came from Salt Lake City. Life isn't incredibly fast-paced there either.